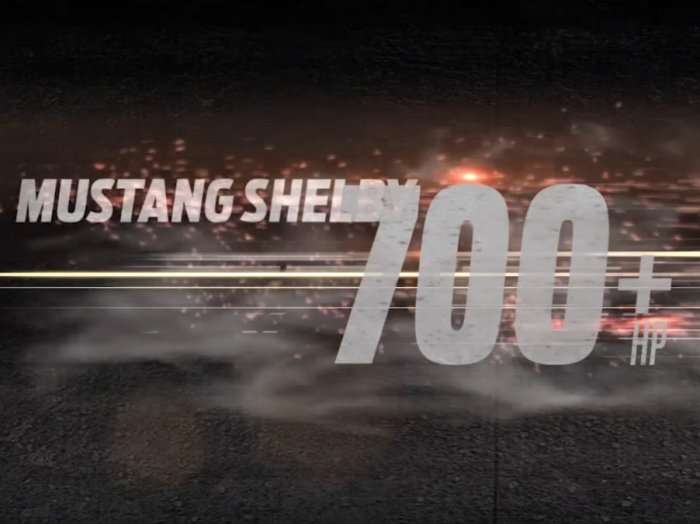 3 Locations Where the Ford Mustang Shelby GT500 Might Debut

The Ford Mustang Shelby GT500 is expected to arrival within the next year with at least 700 horsepower and today, we look at the three locations where the supercharged super-Stang is most likely to be formally introduced to the world.
Advertisement

It has been almost a month since Ford Motor Company issued the first official teaser video of the 2019 Shelby GT500 Mustang and since that first look, the automaker hasn’t said anything about the 700+ horsepower muscle car. Based on all of the information unearthed in the company’s dealership computer system coupled with the many “spy” pictures and videos showing what we believe to be the GT500 on the street, many people expected (and hoped) that the supercharged Mustang would make its grand debut last month in Detroit.

That obviously didn’t happen, with the Motor Company using the 2018 North American International Auto Show to introduce the new Bullitt Mustang and the new Ranger pickup. As a result, Ford fans want to know when the next super-Stang is going to slither from under the covers, so today, we take a look at the three locations where the 2019 Shelby GT500 is most likely to finally debut.

Arriving in 2019
In the first teaser video for the new Ford Mustang Shelby GT500, some of the fine print promises that the car is arriving in 2019. That is very vague and it could mean two different things.

If the new Shelby Mustang is set to actually hit the street in 2019, it might be a 2020 model year vehicle and if that is the case, we might be waiting until sometime during the 2019 calendar year for the formal debut.

On the other hand, if “arriving in 2019” means that it will be a 2019 model year vehicle, it will likely go on sale sometime later this year and if that is the case, we are likely to meet the supercharged Mustang during this calendar year. If the company goes that route, and we all hope that they do, we are likely going to meet the new Shelby ‘Stang at one of three locations – Chicago, New York or Los Angeles.

The 2018 Chicago Auto Show
The next major US auto show opens later this week in Chicago and it is one of the three locations where the new Ford Mustang Shelby GT500 might debut, although it is the least likely candidate. With the GT500 being such a talked-about vehicle, it seems unlikely that the company would prepare for a debut in Chicago without some fanfare, such as more teaser videos or some sort of advanced information to get everyone excited for the introduction.

The GT500 might debut in Chicago, but it would be a huge surprise, one that we are not betting on.

The 2018 New York Auto Show
Next up is the New York International Auto Show in April, and if the GT500 is going to go on sale later in 2018, this seems like the most likely location for a big debut. While the Detroit show has long been the most sensible for an American muscle car, New York has become a popular locale to debut high profile and high-priced performance cars. Back in 2014, Dodge debuted the Hellcat Challenger in New York and last year, both the Dodge Demon and the Jeep Trackhawk debuted in the Big Apple.

Most importantly, an NYIAS introduction of the Shelby GT500 Mustang gives Ford plenty of time to prepare for a dealership rollout later this year, along with the rest of the 2019 model year lineup.

The 2018 LA Auto Show
The final chance for Ford to introduce the new Shelby GT500 Mustang during the 2018 calendar year at a major US auto show comes in December in Los Angeles. LA certainly has the audience for a car like the GT500, but the downfall to a debut in the City of Angels is the timing.

If Ford introduces the GT500 in December, it clearly won’t hit the market in the fall with the rest of the 2019 Mustang lineup. This means that if it is a 2019 model, it would be getting a late start, so an LA debut points at an arrival during the 2019 calendar year – likely as a 2020 model.

Provided that the goal is to introduce the new Ford Mustang Shelby GT500 as a 2019 model with normal model-year timing, New York seems like the most likely location for the debut of the next super-muscle car.

Where do you think that the Ford Mustang Shelby GT500 will debut? Tell us in the comments below!