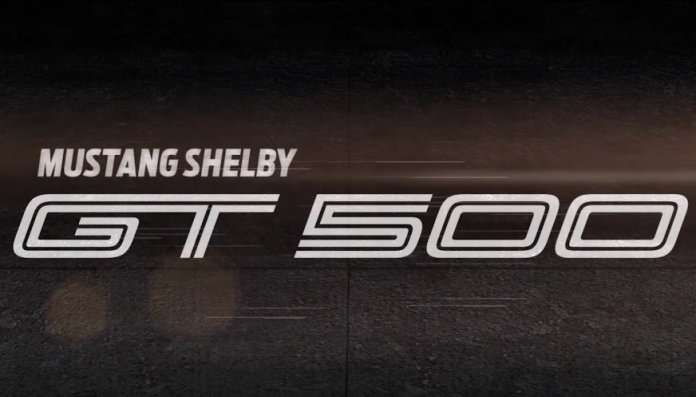 Ford Motor Company didn’t unveil a new Shelby GT500 Mustang at the ongoing Detroit Auto Show, but the automaker did offer up a video teasing the new car – serving as the first time that FoMoCo has acknowledged the existence of the next super-Stang.
Advertisement

Over the past two years, all sorts of information has surfaced to support the rumor that Ford is working on a new Shelby GT500 Mustang. We have seen pictures and videos of test cars, we have seen metatags for the GT500 on Ford.com, we have seen an engine picture and we have even seen several screenshots from Ford’s dealership service computer system detailing the new car, but until last night, the automaker has never officially acknowledged that a new supercharged Mustang project exists.

That all changed last night, as during a media function following the first media-only day at the 2018 North American International Auto Show, the Motor Company introduced a video teasing the next Shelby GT500 Mustang.

GT500 Mustang Teaser Video
In the video teaser for the all-new Ford Mustang Shelby GT500, we don’t really learn anything concrete about the new muscle car, but we get just enough to get everyone in the performance car world excited.

The video begins by showing the original GT500 while a V8 engine roars. After a few seconds, the skin of the classic Mustang begins to peel away, revealing a new Mustang in bright red. We then get a look at a wheel with the Shelby Cobra logo on the center cap with a massive brake caliper behind it, a set of quad exhaust tips and, as the car races away from the camera, we can clearly see the Shelby Cobra logo between the taillights.

As the car roars off into the distance, we can see what appears to be a similar rear spoiler to the one found on the current GT350 – although this one might be a bit bigger. The video also shows a close-up shot of the front fascia with a huge lower opening and a prominent chin spoiler, a vented hood and one of the headlights.

Oddly, it appears as though the new Shelby GT500, which is expected to arrive as a 2019 model, still uses the headlight design from the 2017 Mustang rather than the new design from the 2018 Mustang EcoBoost and GT. The 2018 GT350 still uses the 2015-2017 headlights, so it seems as though the Shelby models will retain their own front end design while the non-Shelby models sport the new look.

Finally, as the video ends, we are promised 700+ horsepower, confirming the expectations that Ford would finally roll out a Mustang that will compete with the Dodge Hellcat cars.

Unfortunately, there is no indication as to when the 2019 Ford Mustang Shelby GT500 will make its formal debut, but with most 2019 model year vehicles hitting dealerships in the late summer or fall of 2018 – it shouldn’t be long before we learn all of the key details on the most powerful road-going Mustang ever.

In the meantime, check out the GT500 teaser video from Ford below.