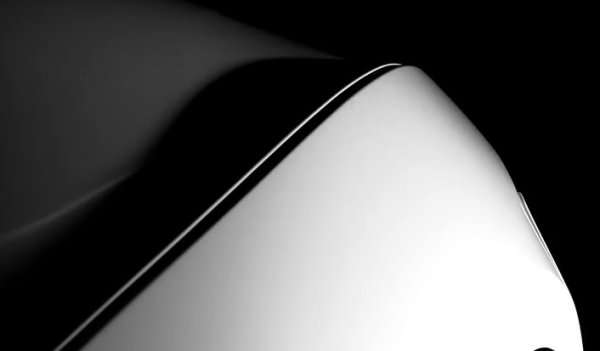 The second teaser video for what I believe is the 2016 Ford Mustang Shelby GT350 has hit the internet, offering us insight into the basic principles that formed this mystery car with the help of Ford Motor Company top brass – along with a new collection of tightly cropped images of the new performance car and a chance to hear the engine roar.
Advertisement

I should start by saying that there is no guarantee that this video – or the first video that we looked at last week – pertains to the 2016 Ford Mustang Shelby GT350. When we offered the first teaser video, a reader by the name Xhdhd insisted that the video is actually teasing a new Ford supercar that will also lead to a LeMans racecar. If he or she is correct, this supercar would likely follow in the footsteps of the Ford GT from 2005 and 2006. That is certainly an interesting idea, but I still believe that there is a better chance that this video previews the next generation Shelby Mustang.

2016 Shelby Mustang Teaser #2
This new teaser video for the 2016 Shelby GT350 Mustang starts off just like the first one, with a very nondescript view of some body lines on this mystery car along with the title of this video – Ford performance driving DNA. Ford Executive Vice President Joe Hinrichs then opens the discussion by proclaiming that “fun to drive” is core concerns of every new Ford vehicle. Other execs including Design Chief Moray Callum and Head of Global Product Design Raj Nair talk about the importance of functional design with a pretty substantial collection of teaser shots scattered between the short interview segments.

The video ends with the date of 11.17.14 in the same font as the Mustang GT350 logo that was leaked earlier this year.

Images Show More and Less
This new teaser video for the 2016 Ford Mustang Shelby GT350 offers more new images of the car, but they don’t really reveal anything about the car that we couldn’t speculate already. We get to see some quick shots of the brake caliper and a drilled brake rotor as well as a few shots of the suspension, including a coil over shock design, but neither of these really tell us anything new. We also get to see a collection of images that I believe show the body of the new Mustang, including an odd angle at what I believe looks like a wheel opening, but the vast majority of these shots are far too tight to even tell where on the car they are located.

We do see the aggressive tread pattern of a very high performance Michelin tire, which certainly looks like something that Ford would put on a 600hp Mustang.

These are true teaser images, as they really don’t offer us any insight into what the car looks like – or if it is even the 2016 Mustang Shelby GT350 – but these shadowy images definitely leave me wanting for more. Like the first video, this second Mustang teaser video does a great job of building anticipation for the November 17th debut of the next generation Super-Stang.

Listen to the Shelby GT350 Mustang Engine
This video is 53 seconds long and throughout much of it, there is music playing in the background, but at 45 seconds that music stops and it is replaced by what I suspect is the 2016 Ford Mustang Shelby GT350 idling. This engine idle clip only lasts for about five seconds, but this certainly sounds like a tune i could hear coming from the back of a super high performance Musatng.

Check out the video and tell us what you see in this new Ford Mustang Shelby GT350 teaser in the comments below!

LG's New EV Battery Plant Is a Welcome News for Tesla
Tesla Giga Berlin's New Hurdle: It's Not Only the Gov't, but Now Tesla Itself
END_OF_DOCUMENT_TOKEN_TO_BE_REPLACED