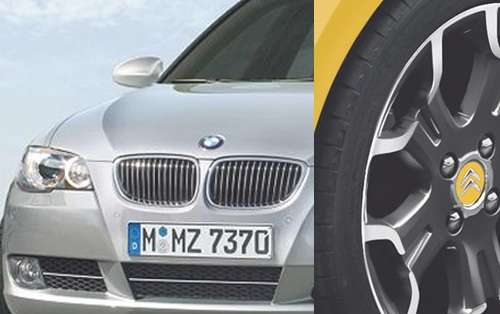 Women around the world have become very influential in the decision making process of purchasing an automobile. The newly released 2011 Women’s World Car of the Year Award winners list will certainly play a part in that decision for women who are in the market for a new car.
Advertisement

Female motoring writers from around the globe made their choices for the 2011 winner and the voting was so close that both the BMW 5 Series and Citroen DS3 tied for the top spot.

A special award was given for the 2011 ‘Green’ Car - the Audi A1. The green car is not included in the overall Women’s World Car of the Year Award because the award winner must be sold in a minimum of 10 countries worldwide.

This year, 14 female judges voted for the Women’s Car of the Year based on a variety of criteria including safety, value-for-money, aesthetic appearance, storage space, child–friendliness, ease-of-driving, colour, sex appeal and environmental footprint.

The Women’s Car of the Year Award began in 2009 with eight female judges who are all published motoring writers and experts in their field.

This year’s judges hail from around the world including Lou Ann Hammond from the US, founder and owner of carlist.com; Renuka Kirpalani from India, editor and host of the Automotive show on UTVi; and Regina Chan from Canada, founder of AutoNerve Magazine, the first and only professional automotive publication in the Chinese language across Canada.

Chief Judge, Sandy Myhre of New Zealand, states in a press release that two additional judges will be added to the jury list for 2012 – one each from Australia and China.

Category winners and the runners–up for the 2011 Women’s Car of the Year: