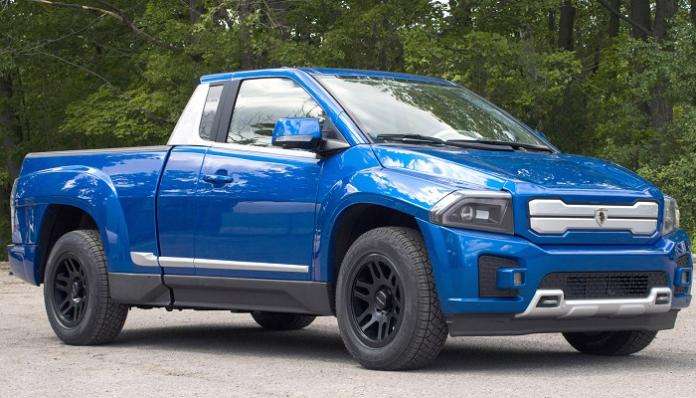 Why Electric Pickup Trucks Are Not Taking Off

Electric cars are taking off. What's the problem with an electric pickup truck?
Advertisement

I asked this question to pickup truck groups and EV forums online and here are some interesting replies I received. I am sharing them below as they are.

Battery weight would lower payload capacity, and/or would cost too much for most people to justify buying. Note that those problems can be fixed. But it'll take time.

Well, there's Workhorse, so hopefully we'll see more in the next 5 years or so. This year in May Workhorse unveiled its plug-in electric W-15 pickup truck. It is expected to have a price tag of $52,000 and 60 kWh battery pack. They say it will get up to 80 miles on all-electric mode.

The cars are one thing. But try hauling a bunch of weight. You'll have to recharge that damn thing every 20 miles. Less if it's hills around you.

Tesla cannot turn a profit. How much longer will they last? Not forever unless they get millions more in gov grants.

Well it's been done. I've seen a few Ford pickup conversions and electric buses and large vans, as well as semi truck concepts. But I think that the stigmas will not win over manly man truck owners immediately

Havelaar is working on a Bison, (see this story's main image), which is expected to get 186 miles per charge. But also there is the new Bollinger B1 all-electric pickup, which is crazy fast, has a range of 220 miles and built for off-road.

The amount of run-time on a charge, Teslas are more or less for commuting. Trucks are for working and get driven alot more

Ford is actually building a Hybrid F-150 and Mustang within the next couple years. Here is a good story examining the hybrid possibilities of Ford F-150.

I'm gonna guess that weight is the issue. To get enough torque for a truck, large or small, you need more batteries. More batteries means more weight, which decreases the efficiency of the batteries. I'm sure the technology will catch up in a few years, hopefully less.

Nope. Not weight. Via Motor has one. And if Volvo can make an electric tractor freight truck, a pickup is doable. It's just the stupid mentality of pickup owners that wont make it viable before long.

How would they be useless for towing? The Tesla Model s makes more torque than an F650. I think the only issue would be battery life if you're towing long hauls. However, I think an electric hybrid setup would be awesome. Electric motors to assist with torque up hills and things like that, but on flat ground it's just running off the piston engine which is also charging the batteries for the electric. Imagine an electric motor similar to what's in a model S paired together with an ecoboost. Just adding the numbers together, you get 775hp and 1280lb ft of torque. That's deep into built diesel territory.

Hybrid isn't the problem, full electric would be. I wouldn't buy any electric vehicle, I don't want to plan my outings based on run time and charging station availability.

Electrick pickup trucks would actually make a lot of sense if people would keep their trucks out of mud and high water, the maintenance on the electric motors would be hell on you if you used it in that manner. Electric motors actually have instant torque. Ideally, if you were to have an electric pickup, it would be electric powered by a diesel generator like a locomotive. A locomotive can move a ton of cargo 432 miles on 1 gallon of diesel. It's just a matter of bringing down the size to function for a consumers use.

What do you think? If you are an EV or truck enthusiast when do you think EV pickup trucks would become popular among truck users? What are the possibilities and when?

Tony wrote on October 23, 2017 - 5:40pm Permalink
The issue is the whole concept of the weight of batteries and plugging the vehicle in to charge it. The manufacturers need to concentrate on a small diesel motor that turn a generator that provides electricity to smaller motors which propel the wheels down the road. As the owner of a 1999 F-250 I am not opposed to to the concept of a medium duty truck based on a diesel electric locomotive design. In other words, a truck that is electric powered without having to plug it in and it doesn't stop unless you turn it off or run out of fuel.
santa claus wrote on November 28, 2017 - 12:20pm Permalink
I think it would be better to use a small gas turbine APU as the range extender. Adding a diesel engine would just add even more weight on top of the weight of the batteries. Large gas turbines are the most efficient engines currently available. Scaling that down to something that can run at 100% while charging batteries, and cycle on/off as needed, would add range while adding much less weight than a diesel engine.
Tony wrote on November 29, 2017 - 12:10pm Permalink
You would be correct about reducing weight when comparing "a small gas turbine APU" versus a diesel engine. However, my point is that whatever you use to turn the generator, the generator by itself (without batteries) should be sufficient enough to power the vehicle down the road. This would eliminate the "extra" weight caused by batteries. Now whether this setup would increase, decrease, or remain the same regarding overall fuel economy is a matter that I don't know the answer to. "CSX trains, on average, can move a ton of freight nearly 500 miles on a gallon of fuel, based on they're 2015 revenue ton miles and 2015 fuel use." That's impressive and I'd like to know why that technology has not been adopted by the automobile industry.
Tory Williams wrote on December 27, 2017 - 7:27am Permalink
Everyone has somehow forgotten why EVs didnt work before. #1. SEMIS drive thousands of miles a day and rarely have to fuel due to large tanks . The delivery industry would be destroyed with all electric semis due to charge times. #2. Pick up trucks have to be able to Handel similar loads and distances as a semi does .. because they follow large loaded semis .. and they are also delivering across country... what about pulling a camper 1500 miles on a EV? planca extra 4 days for charging times to get there. 200-300 miles on a battery is nothing for people that work in these feilds. They willcnever buy them #3. Hybrid is the answer ...cover everything . Dont have to plug in ...can drive forever and still haul
Robert Gapf wrote on November 26, 2019 - 7:01am Permalink
They are not taking off because no one has the balls to put it an alternator. That it's the reality, but I guess you guys are scared of the elite who control petroleum!