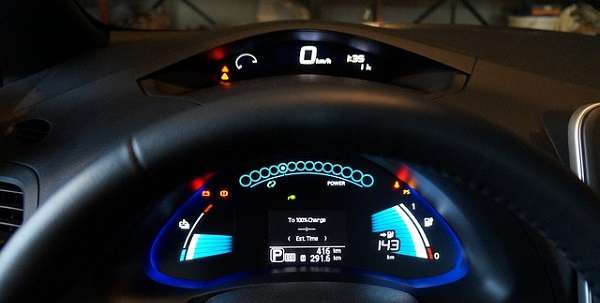 What Is Needed To Create an EV Charging at Multifamily Homes

If more people bought Electric Cars, would our grid handle the additional load? These are some of the questions being discussed today on Facebook by Nissan LEAF owners. Here are some of the interesting answers.
Advertisement

One of the members in the discussions says, it is much cheaper in the long run, if HOAs and landlords just allow each condo/apartment to install their own charger, powered from their individual apartments, or from a metered connection, instead of allowing vendors to install stations and then collect monthly fees and additional charging fees, forever. Vendor installations make apartment charging uneconomical compared to house owners.

Now this could work for a some smaller buildings where parking is adjacent to the unit, but it's not possible for a large building/complex, especially where the parking is physically separated from the unit.

Utility companies are used to spending large capital and having a longer payback. This could benefit to EV owners such as Tesla Model S and Nissan LEAF. Owners just need to have a bill with two meters on it, with TOU and the car meter. I think the concept itself is interesting.

Has any reader here approached to his or her utility company for something like this? They may be excited by the idea or refuse, but that doesn't mean they are not impressed by with electric cars.

How to end the problem of powering EVs

If every MUD parking space simply had access to 120V outlet at a reasonable monthly fee the problem of powering electric cars would disappear for most people in apartments and condos. This would benefit not only Nissan Leaf and Chevy Volt but also Tesla Model S owners. Currently there are complex solutions, but there is definitely money to be made.

A Nissan LEAF driver, named Marc Geller says, "I believe the task today is getting us to the future quickly, which means getting folks into BEVs and PHEVs. Easy, low cost access to adequate power is what's required, not some guess at what the future will be and building out for that. Speed for the internet and speed for BEVs is not a comparable need. Big bandwidth for the internet enables streaming, etc. People aren't going to drive more because they can charge quicker. The cars will still sit at work and at home for hours and hours every day. Level 1- 120V solves the problem for most people at the lowest cost, which is more enticing that spending an extra $500 - $2000 for unnecessary gadgetry. Give every car at a workplace or MUD an outlet or a 120V connector. Then we've narrowed down the problem to the 10-25% that actually need more or faster power without burdening the majority with the expense."

Do you think 120V outlets are just too slow for charging electric cars?