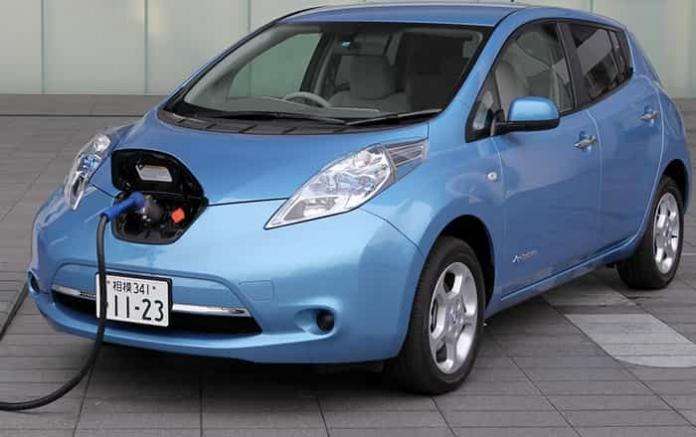 California is considering a ban on gas cars. If this becomes reality it will be both threat and opportunity for Tesla vehicles, Nissan Leaf, other EVs as well as ICE cars.
Advertisement

According to a report, published on Bloomberg two days ago, that gas cars' days may be numbered in California.

"Governor Jerry Brown has expressed an interest in barring the sale of vehicles powered by internal-combustion engines," Mary Nichols, chairman of the California Air Resources Board, said in an interview Friday at Bloomberg headquarters in New York. If this goes through, California will follow the examples of China, France and U.K. that have already announced similar moves and the earliest possible ban of gas cars may be at least a decade away.

What does this mean for the EV and ICE car industries. There is a good discussion going on Fiat 500e Facebook group and here are few quotes from that discussion on this subject.

"Automakers (other than Tesla) will need to reach a point where they can be profitable selling EVs if this is ever to happen," writes David Murray in the group. Now, by the time this passes it will take at least a decade. Hopefully Tesla and the other electric car makers will have reached profitability by then.

Everyone Has To Sell EVs

"The good news is putting a blanket ban on ICEs would essentially put all car makers at an even playing field. In other words everyone has to sell EVs. So prices would eventually settle out at whatever was competitive and profitable for each auto maker," Murray writes.

Complete Change to EVs May Be Faster Than a Decade

Do you remember the all-powerful Kodak company? That's the example Bill Verthein brings in the discussion.

"Usually these disruptions occur much faster than people think once they reach critical mass. Kodak went from king of imaging to bankrupt in 10 years. Traditional car companies are hamstrung by their dealer model. EVs require very little maintenance and most dealers profits come from service. Chevy dealers rarely push the Bolt because the dealership has little downstream profit, they divert customers to something like the Cruze where they have ongoing service profits. This EV shift will start to accelerate in the next 5y and there will be a massive frantic shift in years 5-10 and in years 10-15 will see many but not all large car companies fail," says Verthein.

We will figure out how to turn obsolete ICE cars to EVs, or how to upgrade used EV car batteries or the software. Cars are becoming like iPhones. Cars will probably gradually become unattractive. You will probably buy a car and have it upgraded. For this, please see particularly the 6th and 7th points in this article titled Top 10 Reasons Why Tesla Model 3 Will Be Remembered Like iPhone.

Ace Diamond wrote on October 20, 2017 - 12:05pm Permalink
California still imports a significant portion of it's electricity....mostly from Arizona....so mostly COAL. Conventional cars are far, far better for the environment than electric cars fueled by coal. It is also interesting to note that California's largest solar facility kills thousands of birds on a regular basis...by burning them alive. This same facility had to have a natural gas pipeline connection so that it wouldn't be such a complete failure. Thanks to natural gas, the solar facility is able to produce over 30% of the electricity output that was promised to the taxpayers. Before the gas line hook-up, it was more like 10%.