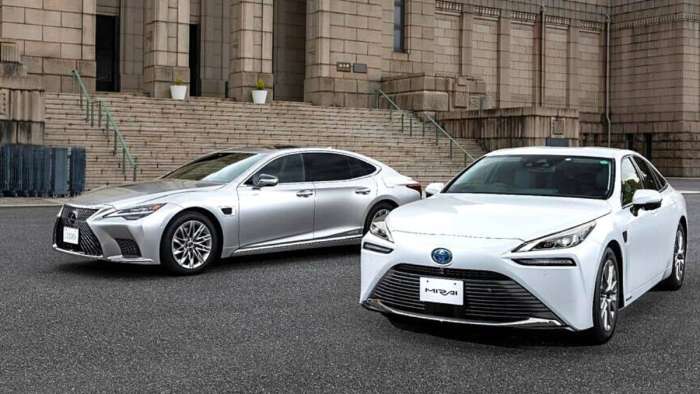 Toyota has presented its new Advanced Drive system. Its self-driving technology initially relies on security, but can be made more independent with updates.
Advertisement

Toyota president Akio Toyoda has been driving the conversion of the car manufacturer into a software-driven mobility company since he took office in 2009. This Thursday, an important technological step for the realization of his project followed. The world's largest car manufacturer presented its first two vehicles, the built-in technology of which should open higher levels of autonomous driving: the new generations of the fuel cell car Mirai and the Lexus hybrid vehicle LS500h.

But Toyota is taking a different approach.

While many manufacturers want to offer hands-free driving on level 3 of the five-level scale for fully automatic robotic cars this year, Toyota drivers still have to lend a hand in some situations on the motorway. This corresponds to the second stage, in which the driver has to keep an eye on the traffic at all times.

"Toyota's principle is automation with a human touch," said Head of Technology Masahiko Maeda in an online briefing on Thursday, explaining the idea for the new Advanced Drive system in his Teammate concept. The driver and the car will initially share the work. In fact, in 2018 Lexus brought a Level-5 autonomous driving equipment to CES, but I don't know where that technology is now in terms of development and implementation. 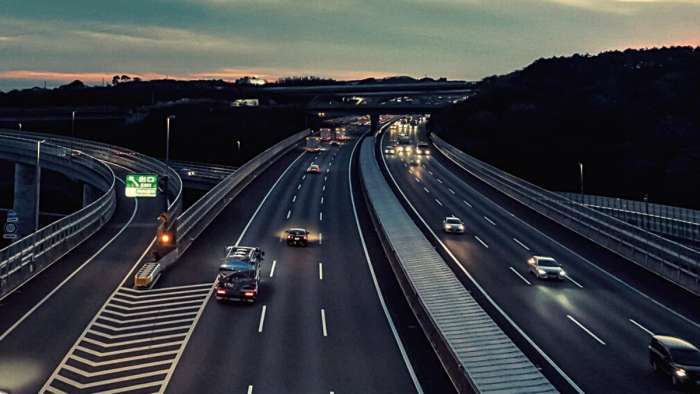 On the highway, the two premium cars from the highly profitable mass manufacturer drive alone in one lane. Even if vehicles cut in in front of the car, the system generally remains calm. But if the vehicle wants to change lanes, it asks the drivers to put their hands on the wheel to be on the safe side and monitor the maneuver.

The Car Learns Over Time

The technology isn't standard installed. If you buy Toyota's "Highway Teammate" technology for a surcharge, you get three lidar sensors in addition to cameras, radar, high-precision 3D map, centimeter-accurate positioning system and lots of computing power. These sensors capture the environment with high resolution laser beams.

With the exception of Tesla CEO Elon Musk, most car experts consider the expensive radar-like devices to be necessary so that cars can drive safely even at night and in the rain, explains Martin Koelling in Handelsblatt.

In addition, Toyota explains that the autonomous vehicles that have the Highway Teammate technology, will in future be able to drive more independently than Toyota has allowed them to date. For example, the software can be updated online, just like with a smartphone, in order to give the car more autonomy, among other things. Toyota even offers buyers hardware updates. A company spokeswoman said the lidar sensors in the front and on the sides could be upgraded, for example.

Toyota's digital boss James Kuffner, who was involved in the development of Google's self-driving cars, says: "These cars have the great potential to provide our customers with a lifetime of value." Their goal is that Toyota should develop the most programmable car in the world.

CEO Akio Toyoda is not relying on technological leaps on this path, but rather a step-by-step approach. For him, automation is not the top priority, but "zero accidents." At the same time, Toyota wants to make drivers feel more secure when steering the car. If you remember in 2019 Toyota tapped Subaru for its EyeSight driver-assist system that has been proven to reduce accidents. Subaru has a goal to prevent traffic accidents, and they are aiming for zero accidents by automobiles in the future.

For example, when overtaking trucks, vehicles keep a little more distance, just like most human drivers do. Another aspect for the head of technology at Woven Planet, Ken Koibuchi, is the joy of driving: "We asked ourselves how far we should automate our vehicles so that the drivers are happy."

The experts had long discussed where the current limit for autonomous driving is for cars that people still buy for themselves. Toyota claims to have recognized that many car owners still want to drive themselves. This is true at least for me, as I like and enjoy driving.

Another point is Toyota's conservative philosophy: "We want to emphasize safety first," explains Koibuchi. "That is why we decided that the system would pass the wheel to the driver a little earlier."

Local rival Honda, on the other hand, is already offering its buyers level 3 autonomous driving this year. The driver may turn away from the traffic for longer periods of time, but must be ready to take control at all times. In 2017 Honda had made a commitment to achieve Level 4 autonomous driving within eight model years.

"For the time being, however, only residents of Japan will be able to try out whether Toyota's strategy of taking small steps works or whether big promises of a lot of autonomy in the market are more convincing," writes Koelling. Toyota does not yet want to reveal when the Highway Teammate system will be introduced in the USA and Europe.

Tesla-Funded Research Reveals One of The Biggest Mysteries of EV Battery
Tesla Tesla Buyer Nets a Whopping $12,000 Discount After Asking for Reduction
END_OF_DOCUMENT_TOKEN_TO_BE_REPLACED