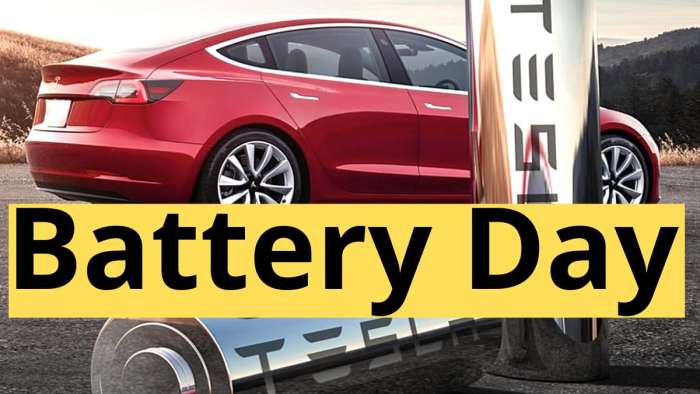 When Tesla CEO Elon Musk suggested that Battery Day needs to be pushed back and that Tesla may hold an online and in-person Battery Day events, many people started to question why would Tesla need to hold two separate events and what it will show in the second, in-person event. This is what we think Tesla may do.
Advertisement

On May 18th, when I reported our expectations from Tesla's Battery Day and when it will come, one of EV enthusiast friends and Torque News contributor Dean McManis posted a lengthy explanation of the different types of batteries that Tesla is working on with its partners and what Tesla may do during the online Battery Day streaming and in-person event after it announced it will postpone the Battery Day.

Here is what Dean wrote in response to our video report about Tesla's Battery Day expectations. Read below this line.

In January of 2020, Tesla entered into a partnership with South Korea’s LG Chem Ltd and China’s CATL for the supply of batteries used in its electric cars. In February Reuters stated that Tesla was in advanced talks to use CATL’s lithium iron phosphate batteries, which use no cobalt and which use a prismatic battery case. Their later stories talked about how the CATL low-cost batteries would be around $80/kW at the cell level, and maybe $100/kW at the pack level, which would potentially bring price parity with gas cars in terms of profitability.

Price Parity Between EVs and ICE and Tesla's Profitability

That whole notion of "price parity" always bugs me because even though the battery pack is the most expensive component in an EV, the total vehicle cost depends on many factors, and Tesla is already able to make a profit off of the Model 3 which is already price competitive compared to the average price of a new car in the U.S.

But lower battery costs are more vital in China where their electric vehicle subsidies are mostly for EVs that are below a certain price. Also, the CATL connection is critical for Tesla because China's domestic EV subsidies also require batteries that are made in China to qualify.

As much as Reuters and others have worked to merge CATL's low-cost Lithium ion phosphate batteries with the "Million Mile" batteries, I believe that those batteries will be very different, because after hearing about Tesla's newest patents, it looks like Tesla's new Million-Mile batteries will have no cathode/anode connection tabs, a cathode that uses single-crystal materials, an enhanced electrolyte, and employ Maxwell's dry electrode technology.

So, I suspect that there will be several different batteries announced and delivered later this year. The low-cost CATL China-only lithium-ion phosphate battery, the (possibly enhanced) Panasonic cell batteries for use in the current Model 3 and Model Y today, and the Million-Mile battery pack that I think will be featured in the upcoming Plaid Model S, RoboTaxi Model 3 and Model Y, Powerwalls, and then later in the Plaid Cybertruck, Semi, and Roadster 2.

Since much of this information has already leaked out through the internet, I think that Elon will do an online Battery Day broadcast in June to confirm Tesla's upcoming battery plans. But I suspect that Elon believes that the press needs to personally see and drive around in working vehicles based on the million-mile batteries to believe that the new battery production is actually real and revolutionary. And because he wants to make the biggest splash on the final Battery Day unveiling, he wants that presentation to be a hands-on, new assembly line, battery, car, Powerwall demo. Which will probably take a few months more before everything is built, tested and the group venue is safe.

Our current uncertain socio-economic time, no doubt, delayed the building of the new battery production line and possibly the press demo vehicles that use the new batteries.

I suspect that Tesla does already have early working prototype batteries and vehicles. In fact, I think that the new batteries were possibly used in the Model S Plaid prototypes raced at the Nurburgring in Germany, setting informal track records there. But I also think that the later Battery Day will unveil V2G (vehicle-to-grid) networking technologies, where he might even have the press take out vehicles with the million-mile batteries to different locations and they would plugin and demo the virtual power plant network technologies.

In fact, watch the details of Cybertruck's possible vehicle-to-grid feature in our latest report at Torque News Youtube channel here.

In the end, it might be a simple online demo in June, and then Elon showing off a finished car with a running new battery pack to the press in person a few months later, with much fanfare.

See you in our latest report where we explain Plaid Model S and what Tesla may do with it in the Battery Day event.

Bruce Burnworth wrote on May 20, 2020 - 3:29pm Permalink
I agree that there will be different battery tech used in different vehicles. China will have a unique battery for the 3 and Y through CATL. Model 3 and Y in USA will have Panasonic batteries from Giga NV. CT, Semi and others will have new battery tech from Tesla and made by Tesla. IMHO