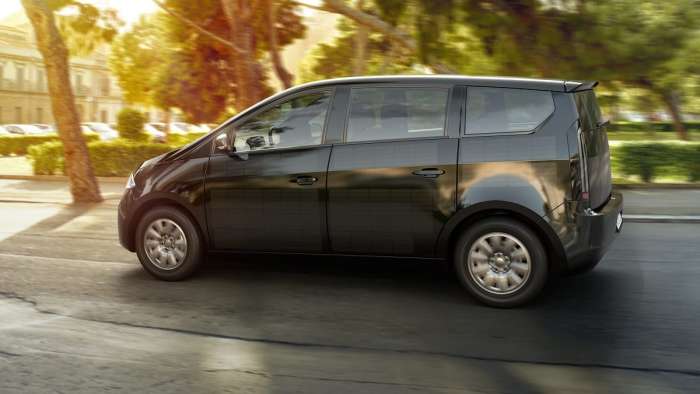 There is one dedicated startup company in Munich, Germany, that is quietly working on a remarkable solar car, which is cheaper than Tesla Model 3 and you can use solar energy to drive it short distances. Meet Sion, which is the first solar car aimed for daily use at a bargain price, developed by Sono Motors and run by very serious industry leaders. I think the story of the Sion has just gone viral.
Advertisement

Last week Torque News was in Germany as part of a tour, organized by German Trade and Investment organization (GTAI) and at the last day we visited Sono Motors in Munich, which makes the Sion (please, don't confuse with Toyota's Scion): a daily solar car, which charges itself as you drive it.

When in the title I wrote the "first solar car" some of you probably said, wait a minute, what about Lightyear One from the Netherlands? The Sion is the first affordable solar car for a daily drive. In fact, Torque News has reported about the Sion last year in 2018, but today we are reporting about what we saw by our eyes and where the Sion solar car is today.

Currently, there is no solar car on the market yet, however there are promising approaches by other companies, such as Lightyear from the Netherlands, although they are using a completely different technology and target a different customer segment than Sono Motors' Sion.

"In comparison to our prototypes, which we released in 2017, the production vehicle will feature full-surface integrated solar cells that are embedded in hard-wearing, resilient polymer and that contribute to the vehicle’s design aesthetic thanks to optimized color matching. Generally speaking, we aim for developing a car suitable for daily use. Therefore we integrated a solar system that is able to produce enough energy to cover the short distances, people mainly use their car for day to day, such as by commuting to their workplace," said Alexa Rauscher, Sono Motors' PR Manager.

Currently, the Sion by Sono Motors and Lighyear One are the only two serious solar cars that soon will be available in the market.

How much does a solar car cost?

The Sion solar car will be sold for 27,873 USD, or more precisely for 25.500 euros. This price also includes the battery pack. In comparison Lightyear One solar car costs 166,000 USD and requires about $132,000 refundable reservation. As you can see, Sion is the first affordable solar car at a bargain price. It's cheaper than the Tesla Model 3 and is aimed for daily drive.

The Sion's example shows how exactly solar cars work. The Sion is a normal electric car, while the solar system can be seen as a range extender, generating emission-free range. You may of course charge it the same way as other electric cars and therefore drive it also at night. In addition, the solar system charges the battery, which means, that the solar energy is stored, until you make use of it by driving the car or sharing the energy with others.

The founders of Sono Motors started 6.5 years ago with a vision that every car on roads should be EV and shareable. The main challenges to this goal are the EV range, lack of charging infrastructure and the high price of electric cars. Therefore, they look for infinite range, so the car charges itself while driving or parked.

Thus, Sion solar car was born. The prototype already has impressive specs. The Sion is the first solar car that has 160 miles of range and costs only $27,873 USD. The Sion has 4 different charging capabilities. In German conditions you will get 21 miles of solar range. Obviously, in places like California you will get much more because on average day you get more sunlight.

Here is the coolest part with the Sion solar car. Your car will charge directly from the sun 21 miles of range in Germany while parked. This is charged from solar power. The average per year is 10 miles per day. This is just the beginning, but even with these specs the Sion will work great for car sharing purposes as the average daily commute is much less in European cities than in the United States. The solar panels are located on the hood, on the roof and on the doors. The door itself is the panel as the solar panel is seamlessly integrated on the doors. 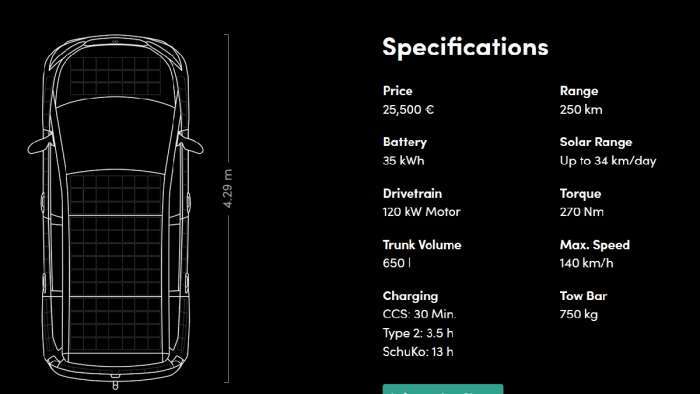 The exterior's surface is fully integrated with solar cells. These cells so visually blend into the surface that it looks seemless. The solar sells are located on the roof, fenders, hood, sides and the rear of the car. If you are familiar with what BEV (Battery Electric Car), now meet the SEV: a Solar Electric Vehicle. And The Sion is a SEV car, whose battery can additionally be charged by the sun, while it's driving or parked. The solar cells are protected by a robust scratch-resistant polymer and are dent resistant.

The Interior of The Sion

The Sion's designers and technicians have only focused on the essentials. I think that is a very smart approach. As a result the usability of the Sion's interior is very intuitive. However, there is an innovation too. The highlight is the natural air filter system called breSono. The infotainment system is a centrally located 10-inch touch display. In addition to the basic essentials it also quickly captures the solar range of the car. 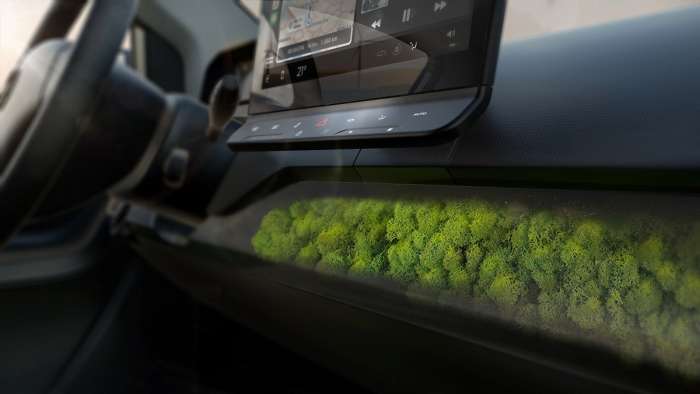 The Production of The Sion Solar Car

Sono Motors, which currently employs 100 people has found a very clever formula to keep the price down. The development and production of the Sion will be in a former Saab factory in Sweden. This mean they don't need to make a heavy investment to build a car. The annual starting capacity of this factory is 43,000 unites reaching capacity at 257,000 per year. This will provide proven manufacturing and engineering capabilities. The shared facilities will save the assembly cost. 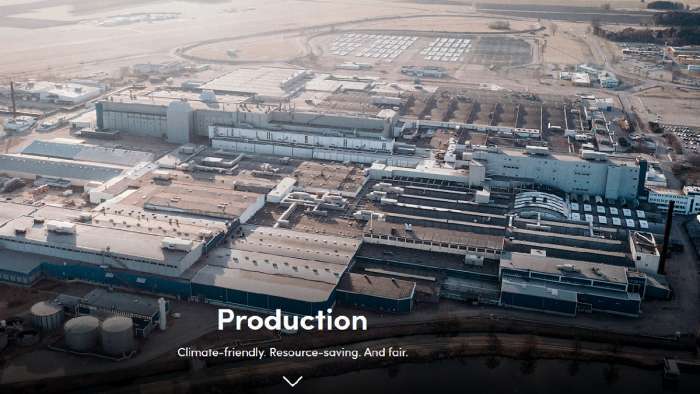 The company worked on the Sion's prototype from 2012-2016. The prototype's release event was on 2017. From 2017-2018 Sono Motors did 13,000 test drives around the European Union and got feedback from the people. The manufacturing site was confirmed in December 2018. The design release was on February of 2019 and by May 2019 the Sion solar car had already 10,000 paid reservations. The minimum reserve price is 500 euros, which currently equals to $558 USD. The management told Torque News that a few people even paid the full price. While the Sion is currently only certified in EU it has 50 reservations from the United States.

The production of Sion will start in 2020.

This is an EV built for sharing. It has an integrated carSharing function which will enable you to share you Sion with other people. The Sion has 3 important aspects which emphasizes mobility with sustainability: powerSharing, rideSharing and carSharing. Through the goSONO app the driver can use his phone to provide other people with electricity or a ride on your Sion.

When we were sitting with the top management of Sono Motors (people who have started in Daimler, FCA and Nissan), one of them told us this. "I have had a great career with major automotive manufacturers and could have had a comfortable retirement driving a luxury car. But I asked myself, what am I going to leave for my children and grandchildren. I wanted to leave them something very innovative and sustainable in the future when it comes to mobility." I really liked this approach and the vision. By the way, both of the founders don't own cars and believe in car-sharing.

I am confident in 2020 will hear more from Sono Motors and about the Sion solar car. Let us know please what you think about the Sion, car-sharing and solar cars in general. I think the solar car is the thing.

Also, check out our latest story where we are discussing 2 promising technologies that could assist in turning the Toyota Prius into a solar car and make it run "forever."

Mark wrote on November 1, 2019 - 11:58am Permalink
There simply isn't enough surface area to provide much of a charge. It sounds like the best case in 21 miles of range a day in Germany. In Colorado, you would probably do a little better, but not much.
Armen Hareyan wrote on November 1, 2019 - 12:00pm Permalink
Hi Mark. Still, for many people that's more than their daily commute. 21 miles of daily free commute. It's a great start. Also, this car is meant for sharing. The commute distances are much shorter in Europe than in the United States because most people live in the cities and there is no such a thing called suburbia.
Harvey wrote on November 1, 2019 - 1:38pm Permalink
I've invested in solar on the roof and we generate enough my power bill for last year for our house and two EVs were basically nothing. I highly recommend solar for the home.
DeanMcManis wrote on November 1, 2019 - 1:56pm Permalink
I am also getting solar panels installed on my roof. It will actually be cheaper than what I am paying now for electricity. For cars it is a harder sell because the sun-facing surface of a car is relatively small, but as Armen correctly points out this is essentially free, renewable power. And many people have shorter trips to make in their daily driving. Plus every extra bit of solar power will help even if it only provides electricity for half your daily driving. It is a harder sell if you were trying to only power your car from built-in Solar panels, but with solar in addition to batteries it is a good combination. If you have a house where you can set up solar panels that are much more cost effective and the solar power runs your home as well. But for car sharing and city use for shorter trips during the day, this setup makes sense.
Red wrote on November 4, 2019 - 7:19am Permalink
Sorry, but this project won't make it into production. The prototypes they have been hauling around Europe since 2017 are based on two scrapped BMW i3:s, with a new body and frame. The 13 000 test drives, by potential customers, were made under the assumption that the car was near series, but it was in reality just a mock up with no solar power connected at all. Now they plan to build a series car, something completely different, and start production next year - without testing? No prototype exists, just some VR images that they let visitors and potential investor view with a VR headset. They have not enough capital to start production and finish the development.
julio merino wrote on April 17, 2022 - 7:51am Permalink
The general idea is great. But there is a difference with other electric and efficient cars that have been built: aerodynamics. This car is far from efficient because of poor aerodynamics. If only the design was similar to that of Mecedes-Benz Bionic car (Cx = 0,19), which could be compatible except for lateral pannels (that are not very useful by the way), range could improve greatly. Other companies built much more efficient cars in terms of aerodynamics, like Aptera, Volkswagen XL1, Lightyear one..