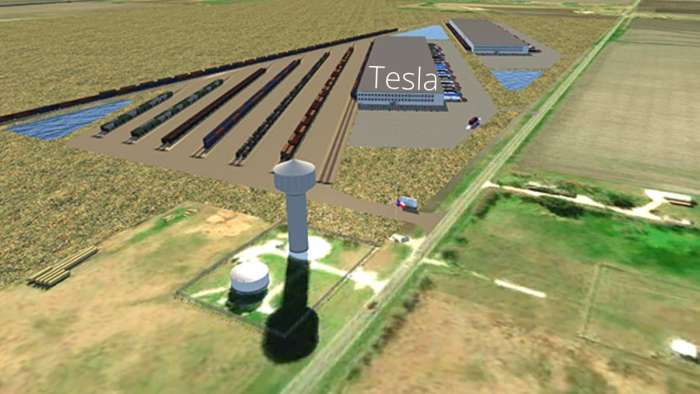 Torque News is updating this story with a breaking development according to which an anonymous source tells Third Row Tesla Podcast that Tesla has just purchased land, presumably for its Austin Cybertruck Terafactory, between Austin and Jarrell, TX. This is developing.
Advertisement

Just this morning I reported about a beautiful piece of huge commercial property outside of Austin that maybe the location of Tesla’s next Cybertruck Terafactory in Texas. Now reports are coming about Tesla visiting that site in Hutto TX since earlier this year and it’s RCR Taylor Logistics Park and even more.

It looks like they are building a huge logistics park to handle train loading as well at the RCR Taylor Logistics Park and the Phase 1 opening this Fall 2020. Let’s see what’s in it and why would Tesla be interested in this area.

An article in Teslarati reports that Tesla “has been scouting for land in the outskirts of Austin and in nearby Taylor, roughly 30 miles northeast of the city, since earlier this year. While there have been no property sale records that link back to Tesla or an entity related to the company, sources tell Teslarati that the company is considering the acquisition of several large parcels of land near the industrial zones in Taylor.”

So what’s in the Taylor Industrial zone outside of Austin in Hutto, TX?

It’s 11 minutes away from Hutto TX and 30 minutes north of Austin. In fact, Giga Berlin isn’t in Berlin either, it’s about 20-30 minutes outside of Berlin.

Did Tesla already start building the Terafactory in Hutto, TX?

In a discussion on Reddit, one user, who lives in the area and drove through the area suspects Tesla may have already started the work at this property before making the announcement (no wonder they have been visiting the sites in early 2020). Here is what he writes. 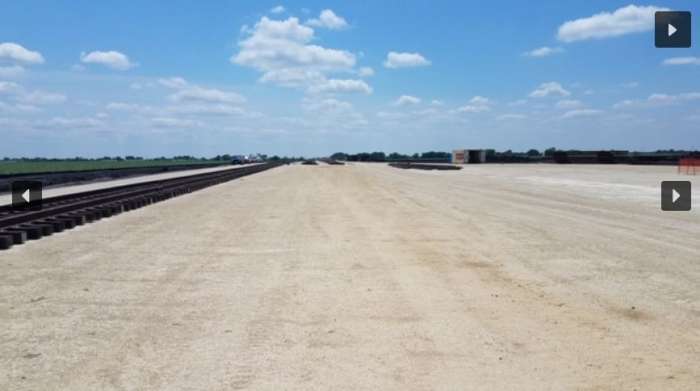 “I just drove through Frame Switch on my way to work an hour ago and I remembered that there are concrete pilings that look like bridge supports going up south right here too. There's absolutely nothing out there that would need a bridge to connect to, I wonder if they're already starting the infrastructure before making the announcement. I can take a picture tomorrow on my way in.”

I am wondering if Tesla is already starting the infrastructure before making the announcement. 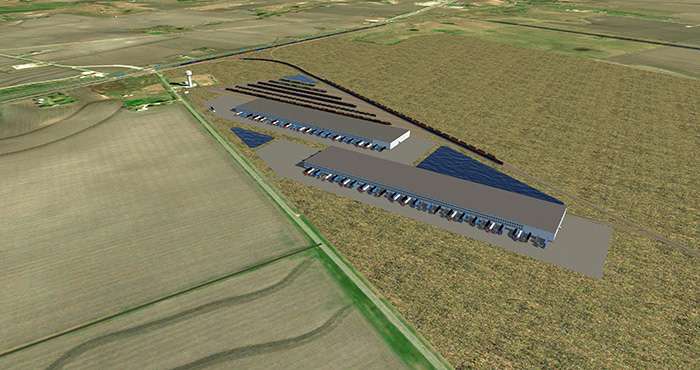 This seems quite a Musk-like possibility. Start when? It should have been started already as I reported earlier sources to say Tesla is interested to start very quickly and have the first Model Y crossover rolling off the assembly line by December 2020.

What do you think, could Austin also become the new headquarters of Tesla if once it becomes the chosen location of Tesla's Terafactory? We don't know yet, but Austin is a huge center for tech talent. Austin is a big center for Tech Talent and could be a great location for Tesla's headquarters or a secondary headquarter. 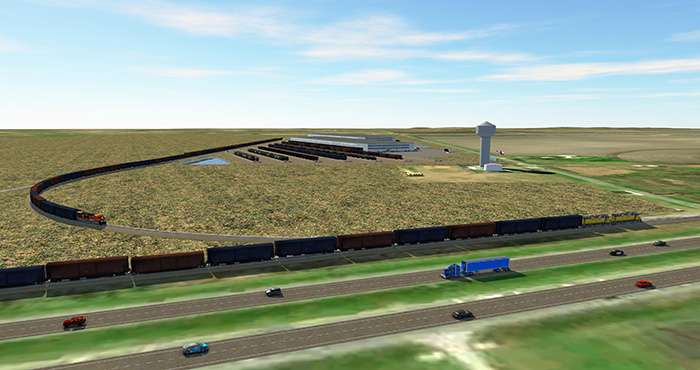 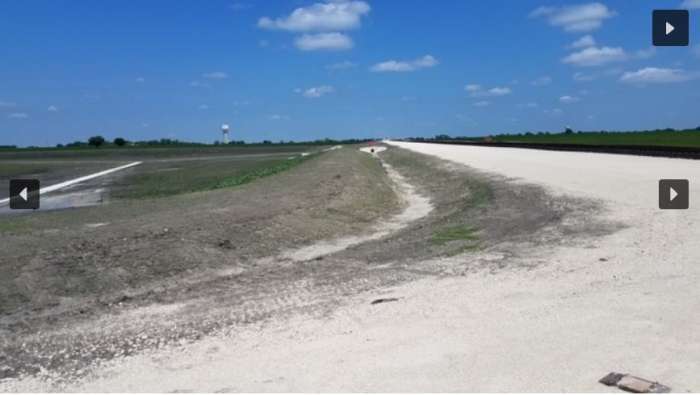 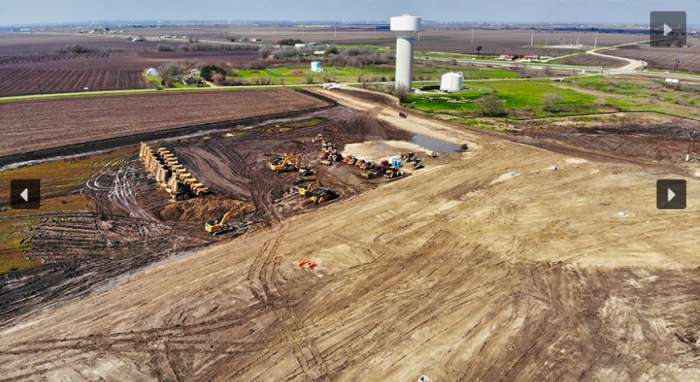 What do you think? Let's discuss in the comments section, please.

Johnny LaTouf wrote on May 18, 2020 - 8:49am Permalink
I will confirm they are moving here. My name is Johnny LaTouf with LaTouf and Associates Comercial Real Estate Services. The Governor of the State of Texas has announced that they are going to come and I have an inside information with Governors office, also the local news is announcing as well. I will be at the property in question today. Johnny LaTouf (512)767-0033 [email protected]
Armen Hareyan wrote on May 25, 2020 - 2:52pm Permalink
Thanks for the update Johnny.
Matt Holm wrote on May 18, 2020 - 11:14am Permalink
So I’m the president of the Tesla Club of Austin and also a realtor familiar with the area. It appears this is the same site that was in play back in 2015 when we thought we had a chance at Tesla and it went to Reno. My associate went and visited the site yesterday and didn’t see evidence of any dirt moving at this point and I’m not seeing anything on records but it could’ve been recorded as a private sale for now or be in process. It’s very close by toll Road 130 which circumvents going through downtown Austin if you needed to bring anything in or ship it out by road and then there’s tons of rail to this east side. A cautionary piece for them building east of Hwy 35 is there is there’s quite a bit of clay in the soil so I’m sure their engineers will have a good time factoring that into construction. Additional benefit for shipping is we have the port of Houston that’s three hours away for shipments to Europe or the East Coast and there is obviously a huge tech population locally. Apple is again doubling in size here, Facebook doubling in size here and Google quadrupling in size here so it’s a natural fit. Also Tesla has their auto pilot engineering team based here in Austin already, testing site for Spacex is north of us in Waco and Spacex is developing their own launch site in Brownsville south of us. Lots of compelling reasons to choose us.
Armen Hareyan wrote on May 25, 2020 - 2:52pm Permalink
Thank you for the update Matt.
russell wrote on May 22, 2020 - 8:38pm Permalink
Just drove out there and can confirm there is a large crane and alot of dirt moved. A bridge is being built over the creek and definitely some movement next to the water tower.
James wrote on May 25, 2020 - 11:23am Permalink
The bridge is for the railroad logistics yard. They had 800 acres, nothing to do with Tesla.
HECTOR TREVINO wrote on November 3, 2021 - 1:42pm Permalink
The reason RCR Taylor is called RCR Taylor is that it's in the Taylor City limits, not Hutto. Get it right!

Tesla-Funded Research Reveals One of The Biggest Mysteries of EV Battery
Tesla Tesla Buyer Nets a Whopping $12,000 Discount After Asking for Reduction
END_OF_DOCUMENT_TOKEN_TO_BE_REPLACED