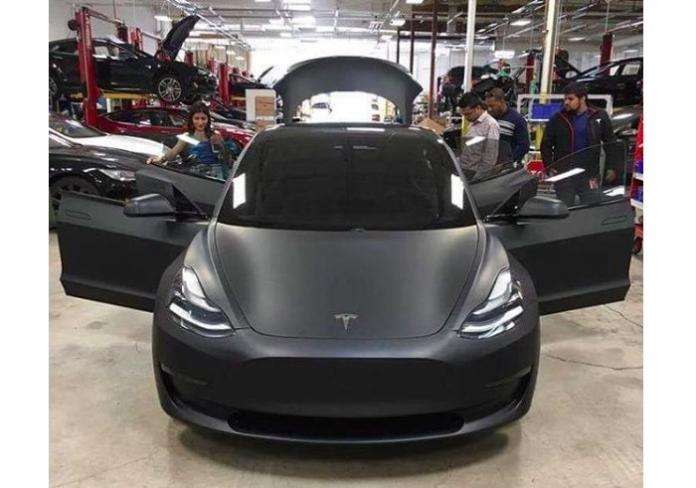 This Picture Was Mistakenly Confused with Tesla Model 3 SN1

I have a habit of searching interesting tweets to find the latest about Tesla Model 3 and found this picture which has led some to believe that it's SN1, but this is from the Model 3 reveal.
Advertisement

A Twitter user Cryptoplanet tweeted this image of Matte Black Tesla Model 3, which appears to be taken in a Tesla Factory. It seems to me that this is the SN1 Model 3 or at least one of the first and official Model 3 vehicles rolling off the assembly line as of yesterday.

The tweet was posted 12 hours ago. In his opinion this Model 3 looks better than the Model S. Here is what he tweeted.

...and truth be told, this #Model3 even looks better than the S pic.twitter.com/vaXFESeeMS

However, another tweet from a user Steven Berry replied saying this is not SN1 pointing the door handles, but saying this is from the Model 3 reveal. What reveal, we don't know.

I was searching Tesla forums and groups on Facebook and saw lots of interest about the Matte Black color.

"I am interested in Matte black," wrote one Tesla enthusiast on Facebook. He writes he loves the color and would prefer it.

By the way, there is an unofficial Model 3 Configuration website, where you can config the exterior and interior colors of your Model 3. Black Mate is one of them. All the colors look professional and reasonably good.

Here is their rendering of Tesla Model 3 in Black Mate color. 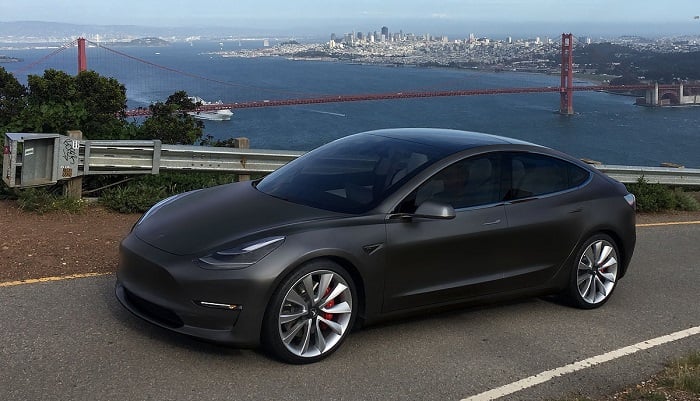 I asked the twitter use where he took the picture. Here I am updating this story and adding that he said although the picture looks like a new, it's not. It's from the last year's Model 3 reveal.

Here are the key specs of Model 3, if you want to read them. However, TorqueNews reporter John Goreham thinks Tesla seems to set low goal for Model 3 safety. What are your thoughts?