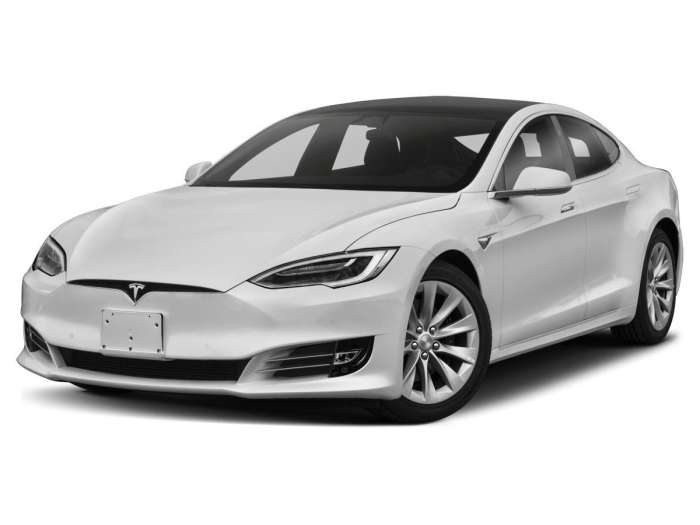 If you could ask Elon Musk to change one thing about your Tesla Model S what would it be?
Advertisement

There is an interesting and active discussion on Tesla Model S Owners group on Facebook where the owners of Tesla's iconic car discuss what they would want Elon Musk to change about Model S if they had a chance to ask him a question. Here are some interesting ideas and questions people discuss.

If Elon Musk sees this at Torque News, perhaps he or the Tesla leadership can take some of them into consideration.

I don't know if this is possible, but many Model S owners want to bring back the free Supercharging. They say everyone used to have it. The free supercharging was one of the good incentives to buy a Tesla Model S.

"I like my 2013 Model S, but if I could put a new pack in and supercharge as fast as the new cars do at some point, I will be even happier. Could this happen in five, maybe ten years? That would be amazing" writes one group member named Eric.

I think with a certain level sureness we can say that in a ten year time period, aftermarket firms will be supplying new batteries at competitive prices, just as ICE cars can get new engines.

Here are some other questions for a change in a Model S.

One Model S owner said he would like to have a greater ability to upgrade hardware when new features are added and make heated steering standard. I think this is a good question given how easily Tesla upgrades its software.

Another person wants Tesla to fix the v9 software “upgrade” he got. "Those little buttons at the bottom that keep my attention diverted from traffic are a major safety hazard," she writes. According to her the buttons are too small, and you don’t have the option to swap the view of the rear camera to the top of the screen. "I leave it on when I drive and use that since the Fisheye affords me a better view," she adds.

Few others want Tesla to provide more parts for body shops to repair Model S cars more timely! "My car has been in the shop for 7 months! I had I known this would happen, I would have bought a different car," angrily writes one Model S owner. Tesla needs to work on the parts pipeline. Owners write that they are waiting weeks, sometimes months, for replacements. It is just not cool.

People also seem to be unhappy with the V9 dashcam and request a change. "Change V9. Don’t eliminate features that make the Model S special and unique which is why most of us bought the car," writes one owner. Tesla is already making some changes so that Model S, Model X, and Model 3 all have similar displays.

"I would like to change suspension stiffness as well. Not only levels. Just I minor thing buy nice when you drive on autobahn for example in high speeds. We have a P90D for 3.5 years. Otherwise I am very pleased," writes one user.

One owner wrote 10 changes he wants to see in a Model S. "I love my S and it has been the best car I have ever owned. Here is my top 10 items," Nick (the owner's name) wrote in the group discussion.

1. Better blind spot assist. Until FSD is out. Have the sides of our small screen light up orange when a car is in our blind spot.
2. Soft close doors like the X.
3. Door pockets.
4. Coat hooks with handles.
5. Better AC flow in rear.
6. Bring split view back to V9.
7. Smaller “A” pillars for better visibility.
8. Rear arm rest.
9. Rear view mirror as a rear camera feed.
10. Better exterior paint.

"Make the front safety belts adjustable at the B-Pillars - like in any other modern car. I wrestle with this every time I drive the car. It's the only thing about it that drives me nuts," writes another Model S owner. They want Tesla to adjust the seat-belt in height for Model S (strange enough this is possible in Model X but not in Model S, cars both 2018 model).

"Improve the infotainment and give us Smartphone mirroring or CarPlay. It's a promise from 2014 long overdue. I you want to check what the others are doing check Mercedes MBUX or Audi virtual cockpit. We are a thousand years behind now," writes a user named Elie.

What about you? What question would you ask Elon Musk if you had a chance to speak with him about a change in a Tesla Model S? Please, write your comments in the commenting section below for reader discussion.