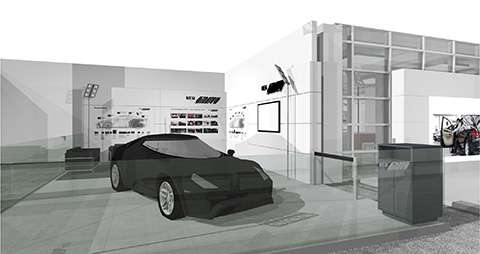 New Stratos to be displayed at 2011 Frankfurt Auto Show

The New Stratos will be displayed at the 2011 Frankfurt Auto Show giving car lowers yet another excuse to visit the 64th international Frankfurt Motor Show.
Advertisement

This luxury sports car received an overwhelming media attention following its official presentation and has received numerous awards from Classic Driver, top Gear and Autobiild. Respectively, the New Stratos has been chosen as the Car of the Year 2010 in sports cars, Best Sports Car 2011 and Coolest Cars Worldwide.

Multiple conferences are held at international and local auto shows. This year in Frankfurt, one of these conferences will focus on lightweight constructions and will take place in Stuttgart. The New Stratos will be presented there as well as in Frankfurt. The car was first officially presented at Paul Ricard Circuit.

The 64th International Motor Show's list of European and world premiers is already quite long. While the show has no problem of attracting enough journalists and bloggers this week, the presence of the New Stratos is already big enough of an event to excited more people and journalists to visit the show.

Lancia, with the help of an investor Michael Stoschek, has resurrected the Stratos basing on the Ferrari F430 Scuderia. Ferrari did not like it and banned, as the F430 Scuderia served as a donor car. It is reported that Ferrari forbade its auto part suppliers to support the resurrection of New Stratos, which was going to be based on Stratos' seventies' model.

If you are in Frankfurt later this week or next, now you have another excuse to visit the auto show, starting September 15, 2011. The car will be displayed at the Brose stand in Hall 4.0, in the Europa Room.