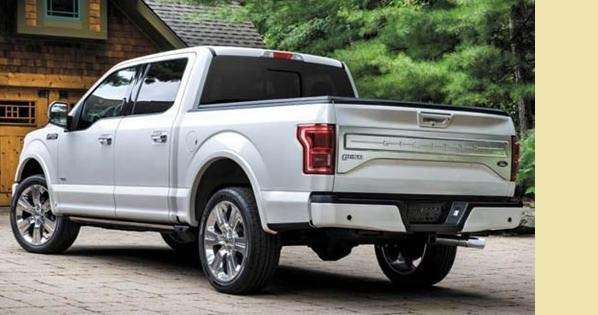 How often do you guys change oil? asked one of the Ford F150 owner in F150 Ecoboost Owners Only Facebook group. Here is what many Ecoboost truck owners replied, sharing their experience. They also discuss the best oil type for their trucks engines.
Advertisement

However, another owner, named Eddie said he changes his Ford F150's oil every 3000 to 4000 miles. "Never want to go more than that due to direct injection and the turbos putting extra stress on it," he added to his reply.

I tried to find the owner's manual on Ford's website to read about the Ford F 150 Ecoboost oil change interval. Here it is. Know when to change your engine oil. In general, Ford Motor Company recommends the following oil change schedule:

"I don't do oil analysis," wrote Steven in the group. "Just change the oil all the time more often than you'd like. Its relatively cheap and oil analysis are not concrete. You can have factors like one time running hot or days of sitting that added excessive water into the oil. Doing oil analysis to save money is why I inframe so many company vehicles that try to outsmart oil change intervals. You have really small turbos that need very crucial viscosity and lubricity to stay alive. Dont be cheap," he suggested. He also wrote that oil change is a good thing to do. No doubt and you can catch failures before they happen, but using them to justify running longer intervals is just asking for expensive problems.

"I change my F-150 Ecoboost's oil every 5000 miles," writes David in the group. He says he uses Mobil one Ext , OEM motorcraft filter.

Another Ecoboost owner Steven says he changes his truck's oil every 5,000 miles and uses synthetic oil. "Oil life is not a cool thing to play with when you have small turbos and tight tolerances," he adds. Eric, another group member, agrees, writing "I thought so too. I changed every 3k with Mobil 1 and then switched to Amsoil and the oil looks amazing at 6k and still has life left just don't want to push it."

How often do you change your truck's oil, at what intervals and what kind of oil do you use for your F-150?