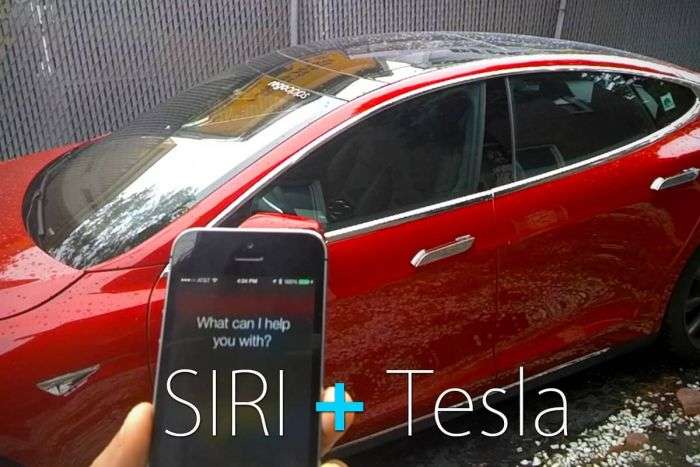 How To Communicate With Your Tesla Model S From Siri

Did you know you can communicate with your Tesla Model S (and I assume also with Model X and Model 3) from Siri? Here is how to do that.
Advertisement

A retirement coach and a Tesla owner Andrew Moore today yesterday posted a screen shot on his Twitter sharing how it looks to communicate with his Tesla Model S from Siri. He had just realized that and think it's very cool. Apparently a number of Tesla owners didn't know that was possible and asked how to do it.

Siri's response looks like "The charge for your vehicle is at 77%. You should be good for about 187 miles."

"What did you have to ask Siri to get that response? I tried asking, but she would only say how much power my phone has," asked one of Moore's Twitter friends.

Moore replied that he simply asked "Hey Siri, what charge does my car have?" You can also lock and unlock your Tesla from your Siri as well. Even more, you can also flash the lights and honk the horn. But I am not sure how useful most of those are.

Just realised I can communicate with my car from Siri - how cool is that #Tesla #geekapology pic.twitter.com/5hMQMkqQIt

Wouldn't it be good if Tesla created a similar app that would focus on Tesla related common questions?

Media reports that Tesla's Siri integration now works with Model 3 too. Speaking of Model 3 and it's relation to Apple: Here are Top 10 Reasons Why Tesla Model 3 Will Be Remembered Like iPhone.