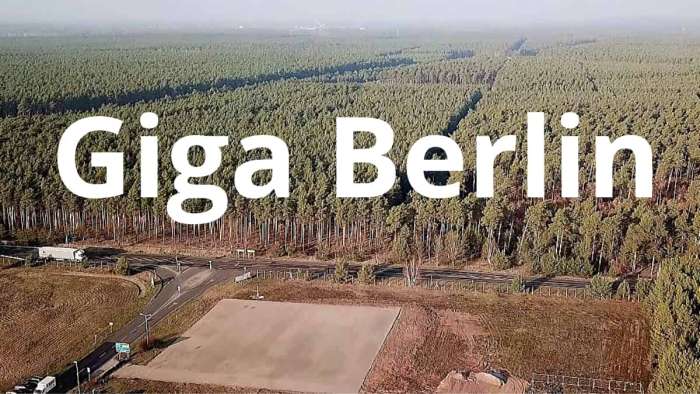 We just learned that the drone restriction over the Tesla Giga Berlin is lifted. I am going to tell you how we learned about it and what had caused it. Also I will show you how yesterday’s crane is being setup and working today at Tesla Gigafactory 4. It’s good that things at the Giga Berlin are moving forward at phenomenal speed because in Germany new EV registrations are rising sharply, but not with Tesla. The Berlin Gigafactory will make Tesla even more popular among the German and European buyers.
Advertisement

The first thing is that the drone restriction to fly over the Giga Berlin construction zone is lifted. About two weeks ago when there were environmental protests against Tesla building its Gigafactory 4, there was a heavy police presence at Giga Berlin site. When our twitter friends went to film drone footage for you to see, they were told by the police that there was a strict drone restriction over the area of Giga Berlin.

Today my twitter friend, who tweets at @gigafactory-4, went to the Giga Berlin site and twitter from Grunheide the following message: “I asked the police today. There is no known drone ban.” The police told him “There was one a few days ago due to a police operation.” When I asked my friend if the drone restriction was lifted and it was temporary, my other twitter friend Jurgen who tweets at @Gf4Tesla, wrote “yes.”

Thus, the Tesla Giga Berlin drone restriction, which I reported about 10 days ago, was temporary and due to a special police operation. The Police operations were due to the tree pirates in the area. You know, there are lots of tree logs and probably some people want to take advantage and take some of them.

Watch our video report on drone ban lift and how Tesla measures up with German new car sales stats as well as click to subscribe to Torque News youtube for daily Tesla and automotive news analysis.

Yesterday’s Crane Is Being Set Up At Giga Berlin

As some of you remember, yesterday I reported that the first crane has been brought to Tesla Giga Berlin and that was a sign that a different type of work was being commenced at Tesla’s Grunheide construction zone. Today our local friends report that Tesla’s Arikon contractor’s workers are assembling the crane and it’s getting ready to operate. 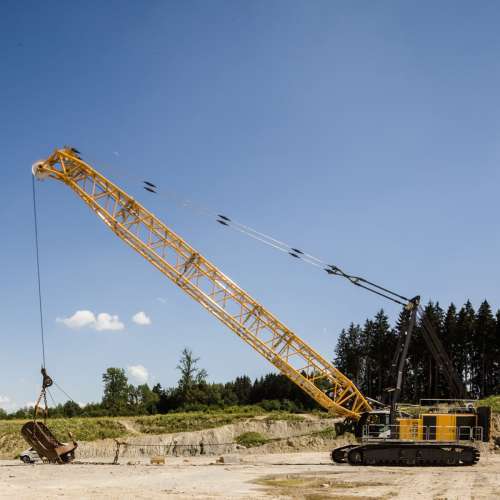 Also, we saw a screening drum on the site, which probably is there to classify, size split and pre-sort waste recycling what needs to be recycled. As we can see from this report progress on the Tesla construction site is incredibly fast.

Here is why speed is important news for Tesla.

The German Federal Motor Transport Authority (KBA) has published the new car registration numbers for February 2020. According to this report, the new car registrations in Germany have fallen significantly in February of 2020 compared to the same month in the previous year. An exception was electric vehicles and hybrids, which saw significant increases. However, Tesla vehicles made no contribution to this - but this could change again in March as the last month of the current first quarter of 2020. Now, Tesla's popularity is growing in Germany, but apparently other electric car brands are currently ahead of Tesla.

While both classic gas engines (-22.0%) and diesel vehicles (-13.4%) saw significant declines, the overall situation is much better for electrified vehicles. There was an increase of 98.1 percent for hybrids, for purely electric cars (with a total of 8154 registrations in Germany in February), the increase was 75.8 percent.

Tesla Is Weaker Against Trend

However, this growth cannot be explained by further growth at Tesla: The US brand even saw a drop of around 37 percent compared to February last year. If you look at the period January-February 2020, the minus compared to the same period last year is still around 14 percent.

However, the numbers are only comparable to a limited extend. The first wave of Tesla Model 3 vehicles entered Europe and Germany at the beginning of 2019. It immediately brought about a special boom in the number of registrations. A month of this, in March 2019, almost twice as many Teslas were sold compared to the previous month. We will have better information after we get the March 2020 sales because Tesla sales in Germany have almost traditionally risen sharply again in the final month of a quarter.

This is why the construction moving forward at the Giga Berlin will speed up the German production of Tesla vehicles from the Gigafactory 4. This, in turn, will bring about a new special boom of Tesla in Germany and Europe in general. Look how much excitement is right now building around the construction of Giga Berlin.

See you in my next story discussing the unexpected approval of Tesla Gigafactory by a group of Brandenburg environmental agencies.