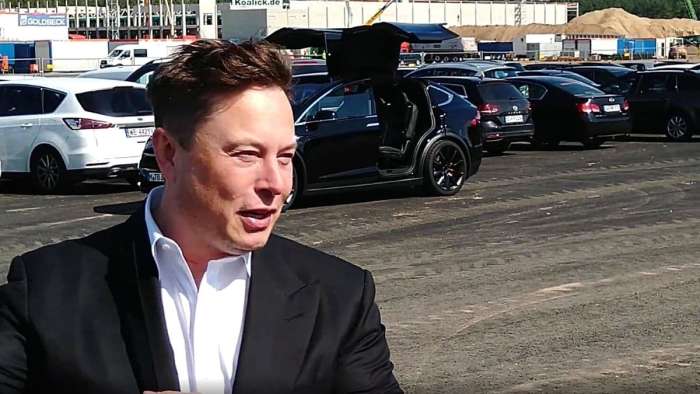 Elon Musk Believes in Forgiveness and Loving Your Neighbor

Tesla CEO and entrepreneur Elon Musk believed in God as a child and still thinks values such as charity and forgiveness are good principles. He also says he agrees with the commandment to turn the other cheek.
Advertisement

Musk (49), who last week visited Berlin to receive the Axel Springer award, said he believed in God as a child.

He had attended an Anglican Sunday school and a Jewish preschool, Musk said in an interview with Welt am Sonntag. Musk said one of the reasons he attended a Jewish school was because it was close by and it was a "superb college." "So one day I sing Have Nagila, the next day I sing Jesus. As a child, I think you just sing along."

He had read "most of the religious texts," said Tesla CEO in that interview. "I agree with some principles, for example with the commandment to turn the other cheek." He also finds it important to forgive others - "this makes more sense than the Old Testament principle of 'an eye for an eye,'" said Musk." I also consider the commandment to love one's neighbor to be a good principle. But do I believe that all of these stories are literally true? Probably not."

The Canadian-American entrepreneur Elon Musk became known alongside Tesla for founding the online payment system PayPal, in which he was involved, The Boring Company, which does underground tunnels to counter traffic in major cities, and his private space company SpaceX.

I personally think it's wonderful that the Tesla CEO, who also is the world's second-richest man now believes in these great principles and commandments. These days, when the world is falling in chaos and selfishness, show and pride are the way of life for billions and billions of people, someone like Elon Musk speaking about the importance of the values of forgiving others, loving your neighbor, charity and turning your other cheek, are of utmost importance.

People, whom society calls "celebrities," usually do not offer anything to celebrate except fake agendas and fake values. These "values" give instant satisfaction and quickly fade away, leaving a deep sense of emptiness and loss. But then someone like the Tesla CEO, with whom I don't always agree on anything he says," when he talks about loving your neighbor, turning the other cheek and forgiving your opponent, is of utmost importance for all the people who follow Tesla news and for our world.

Turning the other cheek and forgiving your enemy requires a powerful character of meekness and self-control. We all should attempt to be that person who can not only earn money for his family and put bread on the table but also to love your neighbor, turn the other cheek to quell the fire of anger and bring peace as well as forgive those who do not treat you the way you would want them to treat you.

You can watch Tesla CEO's Axel Springer Award ceremony below.

In that interview, Musk said that Tesla is open to a friendly merger with a rival automaker. While we don't know if that's going to happen, here are four carmakers that may be good candidates to merge with Tesla. However, I should mention that Germany's Economy Minister is careful of Tesla's possible merger with a German carmaker.

As I mentioned four candidates that could possibly one day merge with Tesla, I believe the 5th has the biggest chances. Here is why Tesla can potentially merge with Daimler and/or buy it with ease.