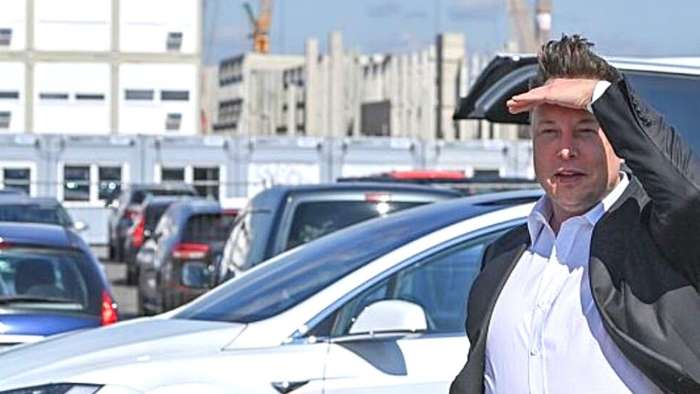 These Four Carmakers Are Good Candidates To Merge With Tesla, but The 5th Is Better

After this week Elon Musk revealed Tesla is open to a friendly merger with a rival automaker the Business Insider revealed four candidates that could be a good fit to merge with Tesla. But Reuters has a better idea.
Advertisement

During an award ceremony interview last Tuesday, Musk said he was open to discussions about a merger between Tesla and another automaker.

"If someone says to me, 'We think it would be a good idea to team up with Tesla,' then we would certainly have these conversations," Musk said in Berlin.

The Business Insider's German edition asked two experts close to Tesla and the auto industry about possible candidates for such a merger.

The first candidate to merge with Tesla is Ford.

Ford could provide Tesla with vital manufacturing expertise, an area Tesla has long had problems with. This is the conclusion reached by Gene Munster, a partner in venture capital company Loup Ventures - although Tesla has shown improvements in the area in the recent past.

The second candidate to merge with Tesla is General Motors.

General Motors could also provide Tesla with important manufacturing knowledge and even have a nose ahead in the field of electromobility, says Munster. GM is driving one of the most ambitious EV strategies in the auto industry. By the end of 2025, the company plans to invest $ 27 billion in the technology and bring 30 new electric cars to market.

The third candidate to merge with Tesla is Nio.

At the beginning of the year, the Chinese e-car manufacturer Nio was still struggling with major financial problems that, in the final analysis, could only be countered by major state investments. The company is now profitable again if a merger could help Tesla gain an even bigger foothold in China. However, such a step would also be politically highly explosive.

The fourth candidate to merge with Tesla is the Renault-Nissan-Mitsubishi Alliance.

The Renault-Nissan-Mitsubishi Alliance was one of the three largest car manufacturers in the world, alongside Toyota and Volkswagen. But while the idea of ​​a merger with Tesla would be absurd for VW and Toyota, the Alliance has recently found itself in financial difficulties. According to iSeeCars analyst Karl Brauer, Elon Musk signaled with his comments on a possible merger that he was not convinced that he would become a global big player on his own. However, all three automakers in the Alliance have already demonstrated their willingness to merge if Tesla could give it a greater global presence. To Business Insider, Brauer said that this was the most likely merger: "That seems the most conceivable to me."

However, it seems to me that Reuters has a better candidate to merge with Tesla. After discussing US carmakers, the Japanese carmakers and BMW, Reuters makes a good case for Daimler.

Speaking of Daimler's benefits to Tesla, Reuters says Daimler has the potential to boost Tesla’s worldwide car output by nearly four times, which could allow the EV maker to push its electric offensive in China and Europe even further.

"Tacking on a largely combustion-engine business would dilute Tesla’s pure-play EV credentials. And Musk would have to grapple with the constraints of a German governance structure. But adding Daimler could increase Tesla’s global car output around fourfold. And the German group’s deep foundations in Europe and China, the two biggest battery-vehicle markets, would reinforce Musk’s electric offensive. Daimler even had a small stake in Tesla for a time," reads the article.

Which of these five carmakers do you think will be the best candidate to merge with Tesla in the next five years? However, in Germany some powerful officials look at Elon Musk's words about being open to a Tesla merger with reservation.