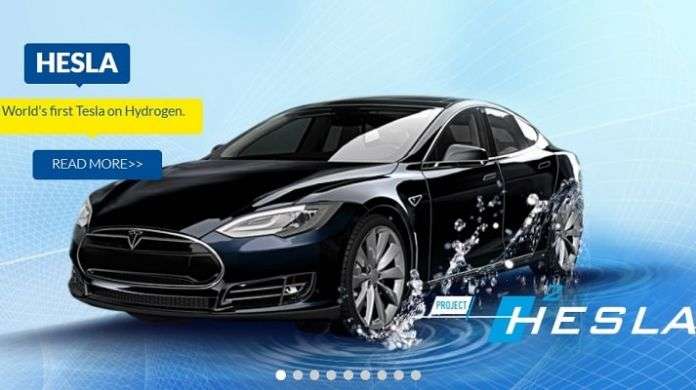 The authors of the project, run by Dutch Holthausen Group, assure that they have already conducted an experiment on the conversion of second-hand Tesla Model S to hydrogen, but do not yet disclose the details.
Advertisement

Holthausen Group from the Netherlands has decided to launch a serial kit for the conversion of the Tesla Model S electric car into a hydrogen fuel cell car. The group's owners, cousins ​​Stefan and Max Holthausen, named the experimental model of Hydrogen Tesla Model S - Hesla.

The most interesting part of the Hydrogen Tesla Model S is the kit's price. Holthausen Group's enthusiasts are planning to sell the conversion kit for 50,000 euros, which amounts to nearly $60,000. They say several customers have already shown interest. But this will drive the price of a Hydrogen Tesla Model S to beyond 120,000 dollars.

NyTeknik has more detailed coverage on the topic, but it's in Dutch.

By replacing the battery of a Tesla Model S with hydrogen cylinders and fuel cells, you can increase the power reserve of Model S reach to one thousand kilometers (621 miles), assure the Dutch entrepreneurs. Probably, for some it sounds very tempting. After all, even a conventional battery Tesla is capable of overcoming a thousand kilometers on a single charge, but only in the most gentle mode of drive at a low speed like these Italian Tesla drivers.

With hydrogen Tesla Model S can reach to 900 if not 1200 miles per single charge. Although, it's true that there are few hydrogen filling stations in Europe. However, their number can gradually grow.

Holthausen specialists already are involved in converting buses to hydrogen power and foresee similar experiments with garbage trucks and even built a prototype of a road-cleaning machine on hydrogen. You can see on its website, linked above. The Holthausen also intend to create a network of hydrogen stations in the vicinity of Groningen (so far two have been built). They also bought a Hyundai ix35 Fuel Cell for the needs of the company, constructing a gas station for it in their native Hogesand. The hydrogen conversion of Tesla Model S is just one more step in a consistent strategy.

As you can see Holthausen has already done some serious job.

Holthausen supplies various types of gas engine fuel in the northern and central Netherlands. The company's trucks have also been converted to natural gas. The Hothausenes anticipate the gradual transition of transportation to hydrogen and electricity and do not intend to waste time preparing in advance for such a future.

What do you think about driving a Tesla Model S on Hydrogen? Please let us know what you think in the comments section below and let's have a discussion on the subject.