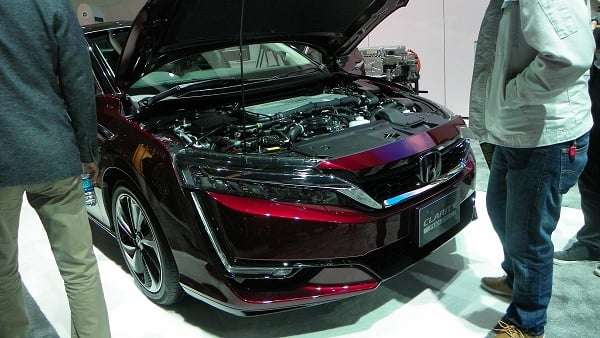 Even with the participation of major auto manufacturers, state and federal government, we have but 12 (open for business) public compressed nitrogen refueling stations on the west coast of the United States.
Advertisement

There is no “easy” or “free” when it comes to weaning the driving public off of fossil fuels. The propulsion technology motivating most of our vehicles is a century old and failing. Is Hydrogen fuel cell a viable alternative? Well, yes and no.

Zero tailpipe emissions is an achievable goal in this age of heightened Eco-awareness. A high-tech manifested reality within arms length of going viral -- with virtually hundreds if not thousands of economic and infrastructure stumbling blocks precariously blocking its inevitability. Why does the complicated, low efficiency, internal combustion engine remain the auto manufacturer and consumer’s personal automotive transportation motivator of choice? Simply put, it’s the path of least resistance.

Look around you, how much of the U.S. and world economy is dependent on fueling, manufacturing, repairing, servicing or replacing the internal combustion engine and the car or light truck it powers? Staggering! According to Wikipedia Commons, no less than 3% of U.S. gross domestic product is tied to the automobile. As to oil derived products; fuels, medicines, synthetic fabrics, plastics, etc, the volume of related trade is staggering. Check out the California Fuel Cell Partnership here.

Reality Check: When we speak of transitioning from fossil residual carbon derived fuels to alternatives, the general economy responds with legislative logjams, oil sector job loss, and a virtual screeching of the proverbial brakes of change; as to any meaningful forward momentum on the road to attaining zero car emissions, and dependency of drilled, fracked and imported oil derivatives.

Progress is further impeded by a driving public that’s hesitant to embrace the electrified vehicle, generally pointing to perceived and real “range anxiety,” and a less than purchase enticing market condition presented by an auto industry and related financial sector not quite ready to transition to the “alternative vehicle.” For the manufacturer and it’s dealership groups, a very costly transition indeed!

Short of walking or riding a bicycle, the only way we get to sustainable ZERO emissions producing commercial and personal transportation is through vehicle electrification. Can we get there without plugging into an equal or greater source of atmospheric impacting hydrocarbon based air pollution, the P.U.C power grid? Certainly, there exists the stand-alone technology to do so.

I’ve personally lived comfortably off the grid, but it takes great initial effort, money, research and a willingness to adapt a certain mindset as to energy conservation that few if any of us were programmed by our parents and grandparents to practice, much less to live with. In this end game, there’s nothing free, or even relatively affordable when it comes to the weaning off of fossil fuel. And without public funded subsidy, a ZERO carbon future will remain just that, in the future. Honda has one, so does Toyota,G.M., Hyundai and others.

G.M., Honda, Toyota, and others have a cordless answer with a contingency or two

While there’s been no less than 70 years of ongoing conversation in direct relationship to fuel cell development, with its ongoing experimental deployment in tractors, trucks, sedans, SUVs and standalone electric co-generators, four key detracting factors remain in Hydrogen Fuel Cell mainstream implementation. Bare with me, the specific order is an important key as to “mainstreaming” this (perhaps) viable technology.

A collective public acceptance of the electrified vehicle, and subsequent increased demand.

A measurable expansion of the compressed hydrogen refueling network.

Furthermore, back to that “nothing is free” reality. Grid transferred electricity, rather hydro, natural gas, petroleum derivatives, solar cell, thermal or wind generated, (All) negatively impact our planet -- through the fuel related costs of manufacturing and distribution, as well as the chemical residues and material waste associated with the alternative generator’s manufacturing, the disturbance of nature, water flow and wind patterns. Electrification of the automobile is the future in personal transportation. 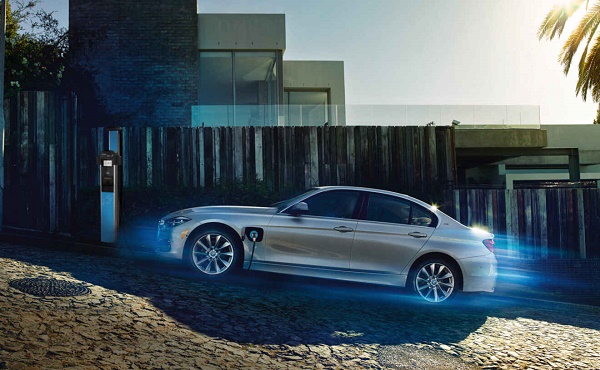 There’s also the visual blight associated with 6-story wind turbines and the high-wire grid attached to them. In the end, Electrification, albeit gasoline/electric co-generated hybrid, plug-in electric, or hydrogen fuel cell generated, is a matter of personal choice, through a personally contemplated measurement of what is less invasive, less harmful to self and the environment. Furthermore, we must look to the future, while measuring our societal and personal environmental impacts of the past and present. In short, what quality of life do we wish for generations ahead? It all starts here.

Elon Musk Says Tesla To Offer Car Insurance in Texas Next Month, But These Challenges Exist
Tesla Co-Found Plans To Build a Battery Factory and Shift The Industry
END_OF_DOCUMENT_TOKEN_TO_BE_REPLACED