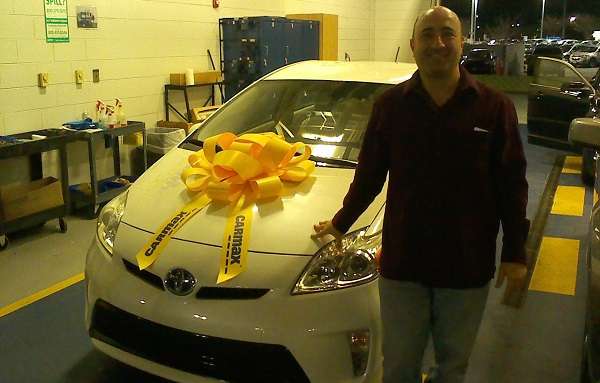 The Best and Only Way To Find Carmax Used Car Deals

To accommodate my family's need for a new car, I went online and started to search for car deals. After looking for many auto dealer websites I eventually landed on Carmax and was surprised it didn't offer any sale or discounts, not even for holidays. But yesterday I bought my next car from Carmax and here is how I found a deal.
Advertisement

First, I checked for car deals in brand dealerships. I was looking for both used cars deals and discounts on new cars. There were several interesting pricing options, but they were such that I didn't know whether I should buy them, or pay few thousand dollars more to buy a new car. It's because I was looking for a good sale of a used car which would be few years old and have low mileage with high MPG.

After visiting several dealerships, their websites and comparing their prices of vehicles that interested me I decided to give Carmax a chance. It seemed to me that they have more used cars on their parking lots then brand dealerships. Thus, I went to Carmax website to find a deal. By the way another new website I saw that was interesting for buying used cars sold by owners was Autozin.com, were people post their vehicles for sale and at the same time its aggregating vehicles from thousands of dealerships which make it pretty easy to narrow down results to specific criteria.

Actually I was surprised to see how large the inventory was at a local Carmax dealership. I didn't see any deals or discounts announced on its website and no holiday sales event. But I selected several vehicles and drove to Carmax.

The sales people were very friendly. They didn't want me to wait, and while busy, helped each other to accommodate me. Eventually a salesman, named Matt, approached me and very patiently assisted me.

I learned from Matt that Carmax doesn't negotiate car prices. It's a huge Fortune 500 company and the prices are final that you see on the parking lot. Therefore, Carmax doesn't have any car deals, but the way to find one, is either do a through research on its website and compare prices with competitors and/or to go to Carmax and walk in the parking lot. I did both.

The deals on used cars are low prices

Walking in Carmax's parking lot I saw that the prices they have on low-mileage cars were far less expensive than what I saw in local Toyota, Nissan, Honda and Hyundai dealerships. And yes, I did visit all these dealership in my city and their websites. Thus, if you want to find a good car deal at Carmax, don't hope for a negotiated price. The company, I was told, doesn't negotiate. Instead, look for many options listed on its website and walk in the parking lot.

As a result I found my car deal. I bought a white 2012 Toyota Prius, which only has 38,000 miles on it. Several years ago, I had test-driven it and had loved several aspects of Prius. At Carmax I actually saw a better deal on a different Prius model, but the previous owners had a pet and the car had the pet odor. I was told by the sales consultant that it is very difficult to get rid of the pet odor from the car. Thus I abandoned that deal.

My conclusion is this. Based on my personal experience, if you are looking for a few-years-old car with a low mileage, you will probably find better deals and discounts at Carmax than in brand dealerships, despite the fact that Carmax doesn't negotiate its prices.

John Goreham wrote on November 28, 2015 - 11:08am Permalink
Perfect timing Armen! A friend of mine just asked me what I thought about CarMax so I forwarded this.
Armen Hareyan wrote on November 28, 2015 - 11:12am Permalink
Thanks John. Really had a great experience. I was impressed by the low prices on relatively newer cars at Carmax compared to prices on used cars at brand dealerships.
Rufus wrote on November 28, 2015 - 12:15pm Permalink
Nice ad for Carmax.
Armen Hareyan wrote on November 28, 2015 - 2:10pm Permalink
I guess you are right Rufus. And I, as the admin of this page and the author, approved your comment. But what I wrote is true and my experience yesterday. I had no Carmax incentives to write this article. In fact, yesterday, when the sales associate learned (during the test driving of this 2012 Toyota Prius) that I am a blogger, he asked me if I am going to blog about my experience. At that time I said "I don't know, and probably not." But this morning I thought many people like me would be searching for used car deals and I thought I would share my journey and that compared to brand dealerships I got better deals at Carmax.
Cheng wrote on January 28, 2016 - 7:52pm Permalink
Are you kidding me? CarMax is wayyyyyy overprice. For example, I was looking at a 2006 Scion TC with 92,000 miles on CarMax with a price of $10,599. Kelly Book Blue value the same vehicle with the same mileage at $4,000 to $6,000.
Armen Hareyan wrote on July 18, 2017 - 10:59pm Permalink
I looked around almost all dealerships near me Cheng, but in our area CarMax prices were the best compared to Toyota, Honda, Nissan and Hyundai dealerships that I visited.