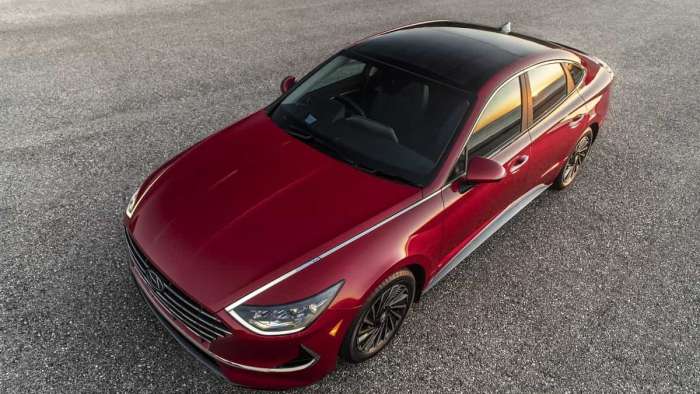 If you search for 2021 Hyundai Sonata Hybrid at HyundaiNews website, you will get this message: "Due to Sonata Hybrid’s short 2020 model year, the 2021 Sonata Hybrid remains unchanged." We are reviewing it this week at Torque News and our verdict is that it's one of the best sedans we have tried to date.
Advertisement

Last year the new Hyundai Sonata Hybrid made a comeback in an all-new generation.

In terms of style, the hybrid version incorporates the design elements of the new generation of Sonata with some exclusive design elements highlighting its particularity. It notably includes a cross-hole grille with active air flaps, 17-inch alloy wheels and a black spoiler.

The 2021 Hyundai Sonata benefits from a combination of a 2.0-liter 4-cylinder engine delivering 150 horsepower and 139 pound-feet of torque and an electric motor of 51 horsepower and 151 pound-feet of couple. Equipped with this mechanism, the Korean manufacturer's sedan has an impressive average fuel consumption of 45 MPG in the city and 51 MPG on the highway with 47 MPG city/highway combined. This not only makes it one of the most fuel-efficient cars in its category, but also in the entire market if we exclude plug-in vehicles and 100% electric vehicles.

What I find very interesting is that the 2021 Hyundai Sonata Hybrid is offered with a solar roof that adds a few kilowatts of recharge to its battery and helps power the accessories and the electric motor while maintaining an optimal level of charge of the 12-volt battery. Hyundai estimates that the 205-watt solar roof is expected to increase travel distance by about 800 miles per year. 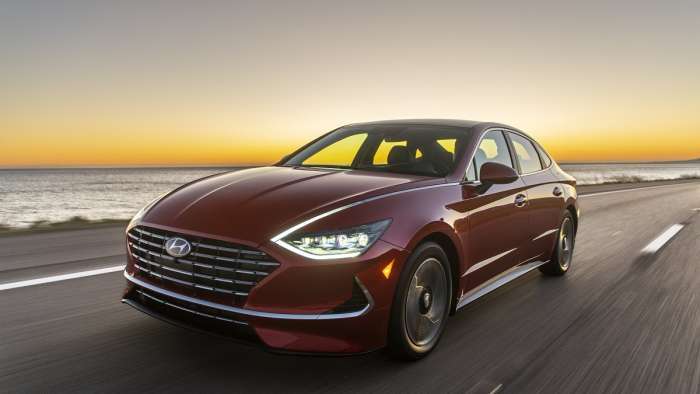 Although Hyundai says nothing has changed in the 2021 Hybrid Sonata Limited from the previous year's new generation introduction, I feel that the Lane Departure Warning software has improved. Here is how I felt it. I take my children to school almost every day and I remember last year the Lane Departure Warning was not performing well on curvy roads when I was test-driving the 2020 Sonata. Now, this year, the Hybrid 2021 Sonata is doing really well in the same curvy roads giving me an impression that the software has been improved and updated. The Hyundai Lane Departure Warning system uses an optical sensor that is mounted in an equipped vehicle's upper windshield area to detect lane markers that are painted on streets, roads, and highways.

The 2021 Sonata Hybrid shows a sporty and elegant image, we can mention a revolutionary design based on the language called Hyundai's Sensuous Sportiness along with the striking waterfall-shaped grille called Parametric Jewel and the new LED headlights. 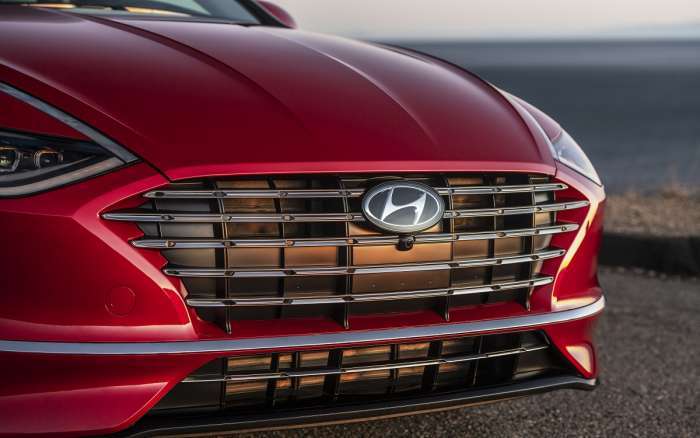 The Sonata Hybrid is offered in three trim levels: Blue, SEL, and Limited.

The Sonata Hybrid therefore offers a combined output of 192 horsepower and has a range of 686 miles.

The interior design of the 2021 Sonata is focused on the driver, with the center screen facing the driver. Hyundai uses the Sonata to display its digital key technology integrated into a smart cell phone app, allowing you to access and start the vehicle with your Android smartphone. 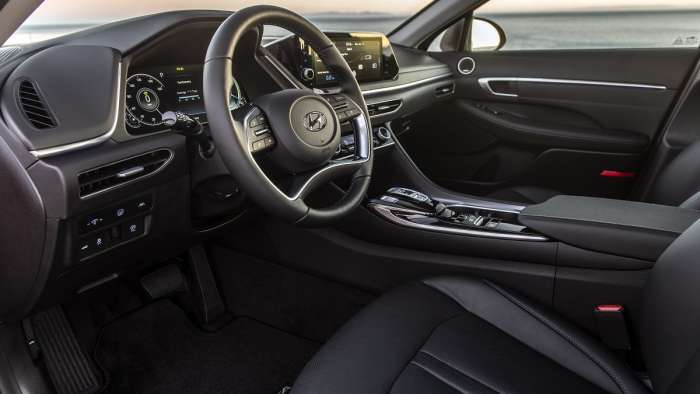 It also brings smartphone integration for both Android Auto and Apple CarPlay and offers a surround vision camera system for easy parking. The Sonata includes a high-speed Qi wireless charging pad for devices.

The instrument panel has side view cameras showing the left or right lane, the so-called “Blind Spot View Monitor” system , makes the Hyundai cameras show the left and right areas on the speedometer and the tachometer in the instrument cluster.

The Sonata has a high-quality Bose Premium audio system with 12 speakers.

Safety features include antilock disc brakes, traction and stability control, front seat side airbags, side curtain airbags and a driver's knee airbag. The car is pretty specious with a comfortable back seating area. 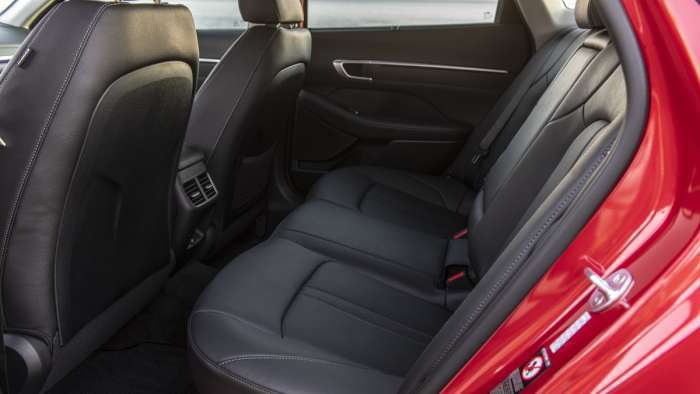 One surprising feature is the “Remote Smart Parking Assist” (RSPA), a system that allows the car to enter and exit in tight parking spaces where the driver prefers not to intervene.

The Sonata is quiet and comfortable to drive, befitting a car in its class.

Shane wrote on April 20, 2021 - 3:59pm Permalink
Unfortunately the hybrid does not have the Remote Smart Parking Assist (RSPA).