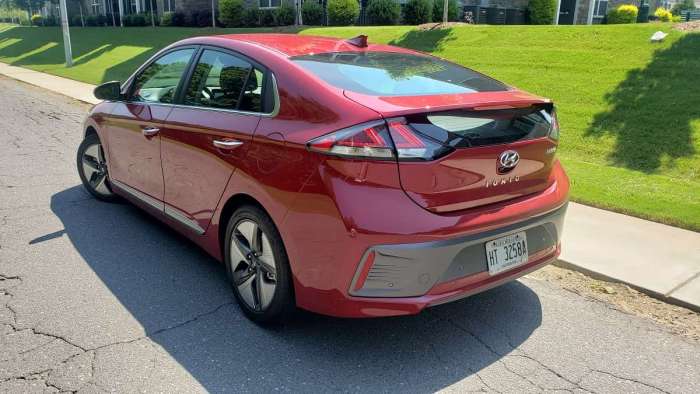 The 2020 Hyundai IONIQ is a four-door, four-seater C-segment passenger car, manufactured by Hyundai. The Hyundai IONIQ is characterized by being marketed with three different types of propulsion, all of them with some degree of electrification: hybrid, hybrid-plug-in and electric . Its name "Ioniq" is the union of the words "Ion" (ion) and "Unique" (unique).
Advertisement

2020 Hyundai IONIQ's main rival is the Toyota Prius in its plug-in hybrid version, although it also has its sights set on the electric Nissan Leaf, Renault Zoe or the Opel Ampera-e in Europe. Speaking if Toyota Prius, the car at first may resemble the Prius a little bit, but when take a second look at it, you will see a beautiful aerodynamic shape.

As for the exterior design of the Hyundai IONIQ, the three versions are practically identical. The only different in the occluded grill is the silver plastic cover in the case of the electric one allowing the entry of air to cool the engine's heat in hybrid versions. 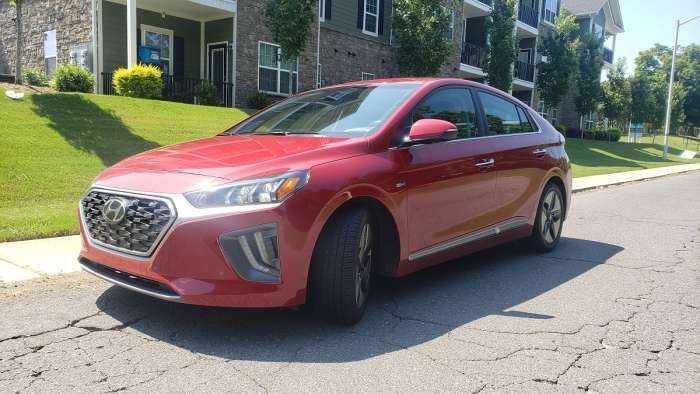 The front of the car is very distinctive on the road when it comes up toward you. I think it's partly because of that really cool headlight setup. You have got some great Xeno headlights and really distinctive big daytime running lights while the tail lights have a lovely LED finish.

The 2020 Hyundai IONIQ has a modern and technological image, which should not scare those who still see the hybrids with suspicion. Its design is more conventional, it is not as personal as that of the Toyota hybrid. It is only sold in a five-door body, with an aerodynamic rear that responds to the Kammback design principle. The Kammback design is an automotive styling feature. The rear of the car slopes downwards before abruptly cutting off with a vertical surface.

It is in the interior of the Hyundai IONIQ that we find the most changes between the versions equipped with a thermal engine and the 100% electric one. The electric Hyundai IONIQ has distinctive copper tones. 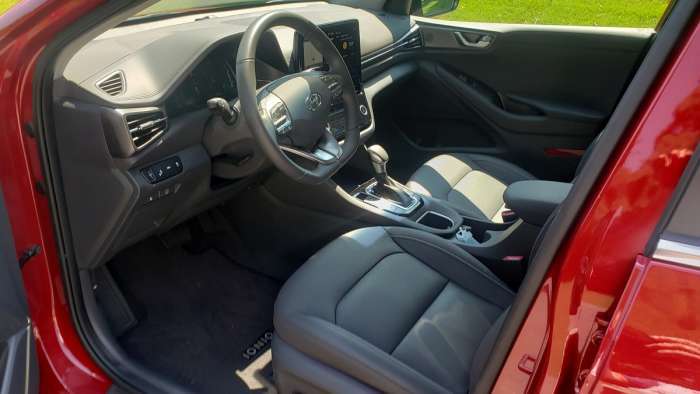 All IONIQs share advanced active safety systems, such as neutral vehicle alert or adaptive cruise control. This vehicle also has a complete integration of smartphones with its infotainment system using Android Auto and Apple CarPlay. As for the trunk, it is the hybrid version that has the most cargo space with 26.5 ft³, while the plug-in hybrid variant is penalized with a smaller 23 feet of cargo space. 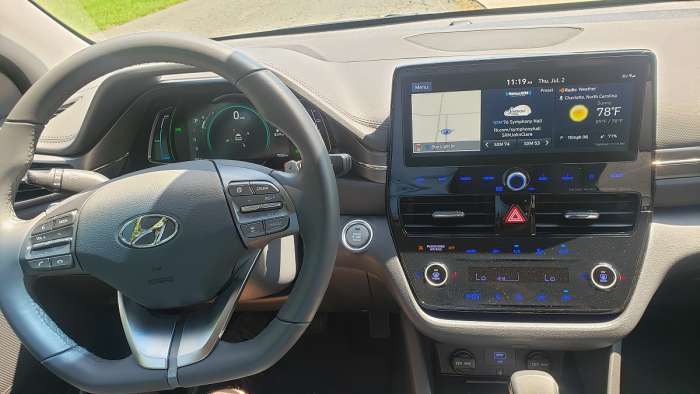 The 2020 IONIQ HEV Limited comes with a 6-speed dual-clutch automatic transmission, has an engine of 139 horse power and 195 lb-ft.

"The 2020 Hyundai IONIQ HEV Limited is an extremely intriguing option in the hybrid category. I wanted to try the IONIQ as I was very impressed with the Kia Niro hybrid and the 2020 Hyundai Sonata Limited Hybrid. Since Hyundai is the softer and more refined counterpart to Kia, I knew the Hyundai IONIQ would make for an excellent fit for most families," says Kevin Meyn, the Hyundai reporter at Torque News.

"We all know Hyundai is the value king, and if you read my June 2020 Hyundai lease specials article, you will see Hyundai giving unbelievable lease prices for the IONIQ. Now, these prices are for the 2019 model year and non-Limited trim; however, the value proposition still exists for the 2020 IONIQ’s since it undercuts the Toyota Prius in price as well as Hyundai’s own Sonata Hybrid,"Meyn adds.

Expect to get far more standard features than the competitors, if you go for a fully-loaded Limited trim, Hyundai will pamper you with convenient features as if you were in a Mercedes. The 2020 Sonata Hybrid was a luxurious driving experience especially for the mid-size segment. Although the IONIQ is not as attractive as the Sonata, you can’t deny that the IONIQ is one of the most economical cars for the price.

The Limited trim, which I was test-driving comes with an integrated Memory System (IMS), Highway Driving Assist (HDA) and a 10.25-inch touchscreen navigation, which spans the center of the dash with an expansive display for navigation and entertainment.

Other options include leather seating surfaces, power-folding side mirrors with puddle lamps, front and rear parking sensors and very cool ambient interior lighting. In other words, the Limited trim of the 2020 Hyundai IONIQ packs quite a bit of content into it’s modest price. 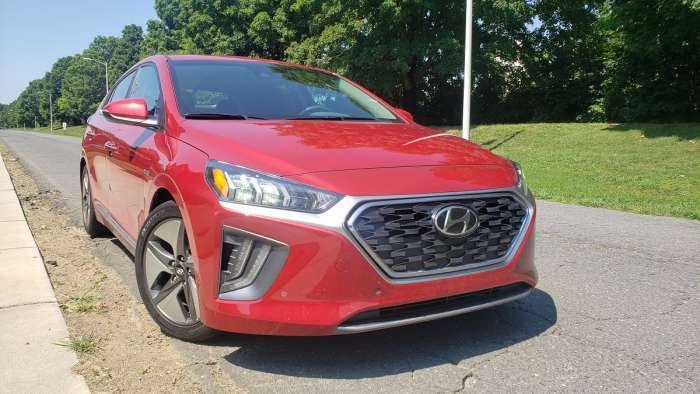 For the Blue trim you get 59 miles per gallon on the highway. I think that's a great deal. And generally, under 30,000 dollars or around $30K you will have heated leather, 17” alloys, sunroof, power memory seating with lumbar, LED ambient interior lighting, Harman Kardon audio, wireless charging with Apple and Android connectivity, a 10.25” screen, driver-attention-warning, auto high-beams, front and rear parking sensors, and all of the other blind-spot and cross-traffic assists that you’d expect.