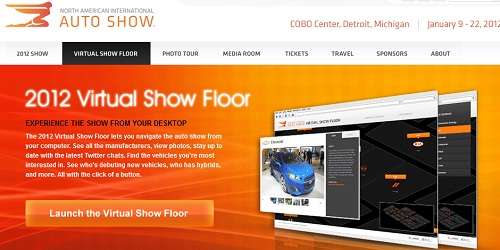 The 2012 Detroit Auto Show (NAIAS) is going to surprise with more European cars, made by American carmakers as the Ford Fusion and its European version Mondeo will be made on both sides of the Atlantic. The Dodge (Chrysler) Dart takes its design from an Italian base.
Advertisement

As the dates of the Detroit Auto Show near, Cobo Center's flexible exhibit hall will open its doors for business this Monday, January 9. Despite recent rehabilitation plans Detroit is still struggling to move its housing inventory. However, as improbable as it may seem the Downtown is in upswing. Yet, the capital of the Big Three will unveil many new features at the 2012 North American Intentional Auto show testifying to the miraculous rebirth of the American automobile industry.

TorqueNews will have its reporters at the Detroit Auto Show and will have detailed coverage of new cars and events. Thus, one interesting phenomenon that stands out among many others in 2012 is that American companies will present cars that are produced both in Europe and USA.

Ford will present its Ford Fusion, also known as the "Yankee" sedan. It will also be distributed in Europe under the name Mondeo in 2013. Two factories in USA and Europe will jointly produce the car, including the one in Genk in Belgium.

According to the manufacturer 80 percent of the parts will be common. The company already unveiled its 4WD Ford Escape at the LA Auto Show last year, which will also be assembled at the Kuga in Valencia (Spain) from September.

Chrysler is leaning toward europeanness as well. The all-new Dodge Dart, a compact sedan that uses the famous name since 1960s, will take over the platform of the very European Alfa Romeo Giulietta. These two brands have the same shareholder Fiat, which is going to put Dart into production in Illinois soon.

At GM, the small 4WD Buick Encore is rumored to prefigure the next ultra-compact car prepared by GM's German subsidiary Opel. As for the luxury Cadillac ATS, which is basically almost the same size as BMW 3, shows that growing number of US brands think European when it comes to small and medium cars.

The auto show in Detroit next week promises more interesting surprises and great electric cars that consumers will soon see in their neighborhoods in 2012. The dates are January 9-22, 2012.