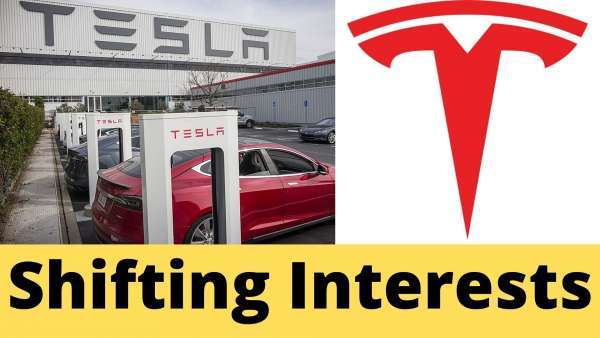 Tesla Leads In Stock Market, But Favorites Are Changing

2020 was Tesla year on the stock exchange - but everything has changed since January. Shareholders now prefer traditional automakers like Volkswagen or General Motors. The old car economy is suddenly convincing with its electrical plans.

According to the Manager Magazine it is one of the most hotly debated topics on the stock market: Which automaker will be ahead in the long run in the race into the mobile future, in which gasoline and diesel drives will probably no longer play a major role?

In the past year, investors' response seemed clear. They literally fought for shares in Tesla , driving the price of the California paper from just under $90 at the beginning of 2020 to as much as $880 twelve months later. The stock market value of the company of co-founder and boss Elon Musk (49) also multiplied and reached its highest level in January of this year at around 840 billion dollars.

Since then, however, the favor of investors has shifted to a large extent. A Tesla share currently costs around $ 50. Since its record high at the end of January, the paper has lost around 25 percent of its value. It performed significantly worse than the US stock market as a whole, which, measured against the broad S&P 500 index, even ended up razor-thinly in positive territory in the same period.

What is particularly noteworthy, however, is that Tesla has left pretty much the entire field of the traditional auto industry behind on the stock exchange in recent months, not only in this country, but worldwide. The performance of the Volkswagen share, which has already risen by more than 45 percent since the beginning of January, is particularly outstanding. The paper is now quoted at a level that it had not seen since 2015 - the car manufacturer from Wolfsburg became the most valuable company on Germany's stock exchange this week. But keep in mind, that in 2020 Tesla became Volkswagen's benchmark in the automotive industry.

And the competition sticks Volkswagen at the stock market rally on the back wheel: Mitsubishi, General Motors , Ford - the papers of the three also increased by more than 40 percent this year. The Daimler share is almost 30 percent in the plus, at BMW it is at least almost 20 percent.

It is still only a minor correction. With a market value of almost 630 billion dollars, Tesla continues to outshine corporations such as Volkswagen (just under 140 billion euros), Daimler (just under 80 billion euros) or BMW (around 54 billion euros). A huge leap of faith on the part of the stock exchange traders continues - but the change in mood is noticeable.

And he has reasons. On the one hand, the optimism of investors, fueled by successful vaccination campaigns in many countries, plays a role that the corona crisis will soon be over and that the economy could experience a strong comeback. Cyclical stocks have therefore been preferred on the stock market for months, i.e. papers from companies that usually do good business in an economic upswing. This basically also includes car manufacturers who can hope that customers will possibly make up for vehicle purchases that have been postponed during the pandemic.

However, Tesla is a special case: Investors have always seen Tesla more as a tech company - and tech stocks, especially on Wall Street, are currently under pressure after strong price gains in the past.

There is a change of heart among investors.

Above all, however, a fundamental change of heart among investors is likely to play a role in changing favorites. For a long time, stockbrokers apparently believed that Tesla would more or less turn off the lights on the rest of the industry on the way into the future. Now it is clear, however, that manufacturers such as Volkswagen, General Motors and Mitsubishi are also taking the change in their products and business models very seriously - and they seem to be more and more convincing investors with their plans.

The best example is again Volkswagen: Last week, in a two-hour presentation marathon, the Group presented its future global strategy for setting up battery production with six new factories and a charging infrastructure. Anyone who still had doubts about the decisiveness with which the Volkswagen management is approaching the electrified future should have been taught better after this first "Power Day" of the group - which was probably based on Tesla's "Battery Day."

Disclaimer: I am not in the stock market and don't own any stocks.