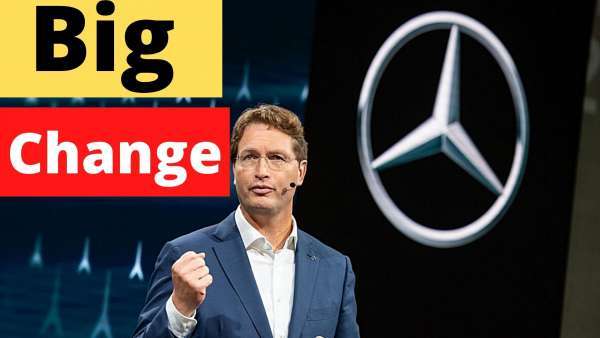 Daimler is reportedly going through a big change of strategy throttling investments in autonomous driving and rather giving full throttle to electronics and software.

According to Business Insider, at Daimler, autonomous driving is no longer a top priority, the company is throttling investments in the area and instead is investing the money in electrification and software. Business Insider learned this from corporate circles.

The group is now ahead of the competition in the field of autonomous driving, the S-Class can park at level 4 without a driver. However, the high investments in this area have not yet paid off.

The competition from Wolfsburg, on the other hand, has made automated driving a top priority, Business Insider learned from corporate circles.

The Daimler Group has been accelerating since the beginning of last year and making groundbreaking decisions quickly. After the decision to split Daimler in two and electrify the entire car portfolio, the next big step now follows. In the boardrooms in Stuttgart-Untertürkheim, it was decided to cut back investments in autonomous driving, the topic is no longer a top priority in the group for the time being. Business Insider learned this from corporate circles.

On the one hand, there is the problem of limited funds - which a company like Daimler has when it comes to investments in the high double-digit billions. At the request of Business Insider, a spokesman for the company announced that it intends to invest 70 billion euros in electrification and digitization from 2021 to 2025. The electrification of all car models, including the AMG division, is a large and expensive task - including the further development of the vehicle software.

The second aspect is just as important: The development of autonomous driving is expensive, but so far it has not paid off. Uncertain questions also arise: How are customers reacting to the technology? Do you trust her quickly? How is regulation going? When will the federal government approve the next laps in autonomous driving? There is a general election in late summer and the Ministry of Transport could get a new boss - with uncertain priorities.

Daimler, on the other hand, has set itself a mammoth task: the company wants to become climate neutral well before 2039. The rapid electrification of the models is elementary for this, the prioritization appears pragmatic against the background. In addition, the Stuttgart-based company rightly emphasizes that they are ahead when it comes to automated driving. Further than Volkswagen, BMW and probably also Tesla. The emphasis here is on the word "still."

They can always buy FSD from TESLA at some point in near future. They got a few years to go to get up to speed in new world! EV world is likely going to be USA TESAL and CHINESE NIO, all others will be small fry