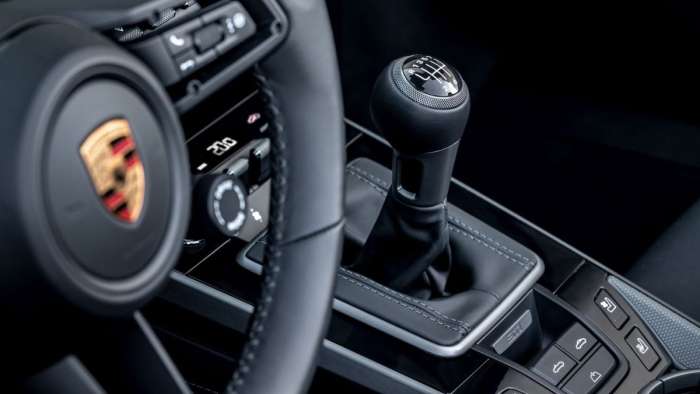 Everyone likes their stick shift to feel a certain way, but Porsche has always made some of the best manuals in the business, here’s why.
Advertisement

Manual transmissions are old hat for most car companies at this point. They are relatively easy to build and the technology has been around for over a century at this point. So why do some excel above the competition?

Porsche is a manufacturer that comes to mind instantly when talking about the best manual makers in the world, and there is a reason for it. The recent news of the 2022 GT3 receiving a manual transmission option once again begged us to ponder the question of why Porsche is still offering a manual in one of the quickest cars on sale and why they seem to work so well. 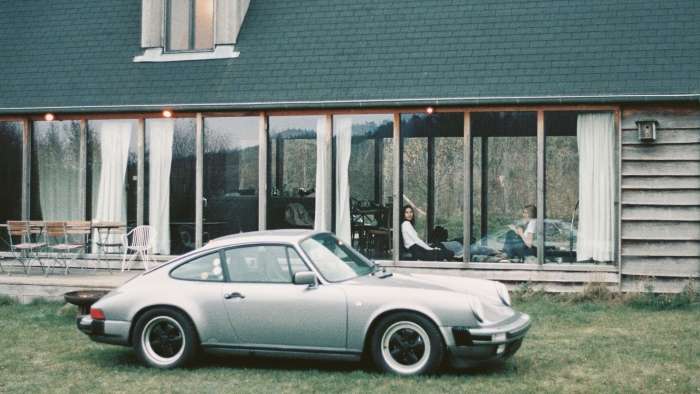 It Takes A Village

A great manual doesn’t just include the performance of the transmission itself, while that is superbly important, perhaps more telling is how a transmission works with the rest of a car's controls like the gas and clutch.

With Porsche, we can go as far back as the ‘80s to find gearboxes that set themselves aside from the competition. Before then all manuals felt pretty tractor-ey. Continuing, drive any G-series 911 and on and you will feel a sense of lightness in its mechanics. The calibration between the gas, clutch, and shifter are integrated in a way that feels reliable and familiar.

And this isn’t any big news we’re breaking here. Journalists have commented on this very topic for decades about Porsches abilities in the mechanics and ergonomics department. You will often hear people say that once you drive a 911, it's like riding a bike, you always know how to drive it with ease no matter what model you're sitting in. 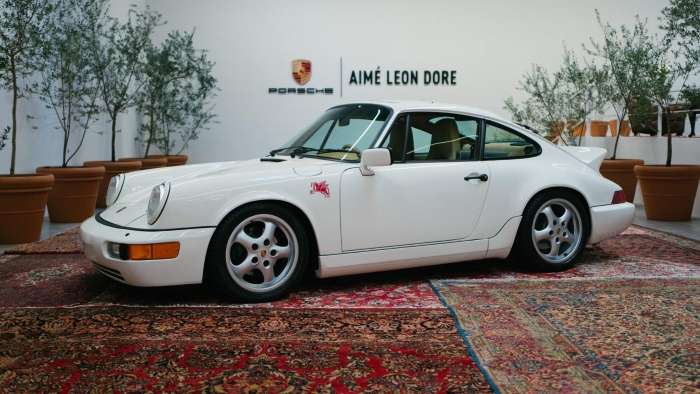 In modern Porsches, the manual transmissions are designed mostly for feeling and comfort. The simplest way they achieve this is through the transmission mounts. Porsche calls them “dynamic transmission mounts” and they act exactly like how a lot of modern engine mounts operate. They can use magnets or pressurization to dull the oscillations or sharp movements from a bumpy road or even a bad downshift. This is a small reason why Porsche’s modern gearboxes are so forgiving and durable.

In terms of feeling, Porsche often makes their shifters levers as short as legally possible. You’ll often hear your local Subaru WRX owner at cars and coffee talk about how they just got the “best short shifter on the market, bro”, what he means is that the point on which the shifter rotates back and forth has been raised up a slight margin, meaning that it requires less arm travel to take it out of one gear and into the next. What it also does is allow the driver to feel those mechanical gates in their entirety and get the full manual experience. Porsche does this from the factory in 911s and 718s.

Another way Porsches modern manuals achieve fantastic performance is the flywheel. Or should we say flywheel-s. The dual mass flywheel that is built into 911s and 718s is helpful with durability and also mitigates vibrations and stress on the trans components.