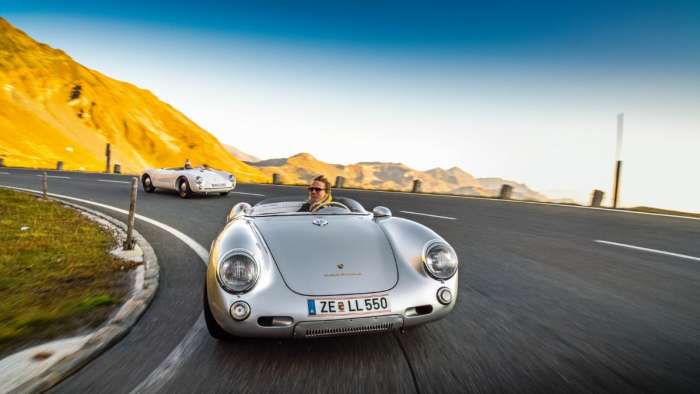 Watch Dr. Wolfgang Porsche And His Son Ferdinand Drive 550 Spyders In The Mountains Of Austria

4 Porsches, but only 2 cars. This father and son duo is the coolest thing you will see today.
Advertisement

Ferdinand Porsche or “Ferry” is the man who brought Porsche into the public eye. He did much work to get the original Porsche 356 sold in mass markets and gave the brand its racing heritage. But the Porsche family runs deep. Ferry’s dad, Ferdinand, is of course the founder of Porsche Motor Company and is the one to thank for creating the brand in the first place.

But there are even more Porsche’s. Ferry’s son, Wolfgang, and Wolfgang’s son Ferdinand are both still alive and well. Both have a major part in the modern Porsche family and recently, the father and son went on a drive that most humans will never get to do in their lives. 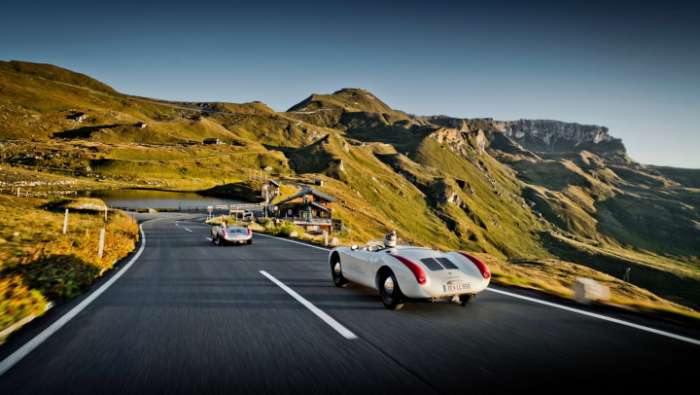 The Großglockner High Alpine Road is a stretch of pavement and stone that winds through the range of mountains that the Großglockner calls home. It is the highest peak in Austria and features some of the most beautiful nature on Earth. And if the road itself couldn’t get any more magnificent, the Porsche family will change your mind.

The Alpine Road that swirls up and down the side of the Großglockner mountain has been the Porsche family’s test route of choice for decades. “My grandfather Ferdinand began the family custom of doing test-drives here on the mountain, and my father Ferry kept the custom going,” said Wolfgang Porsche on his drive with son, Ferdi.

That very route is the place where Ferry Porsche discovered a plot of land that is now a family farm. Both Wolfgang and son Ferdi sped past the farm in their gorgeous 550 Spyders as they drove the beautiful Alpine highway. 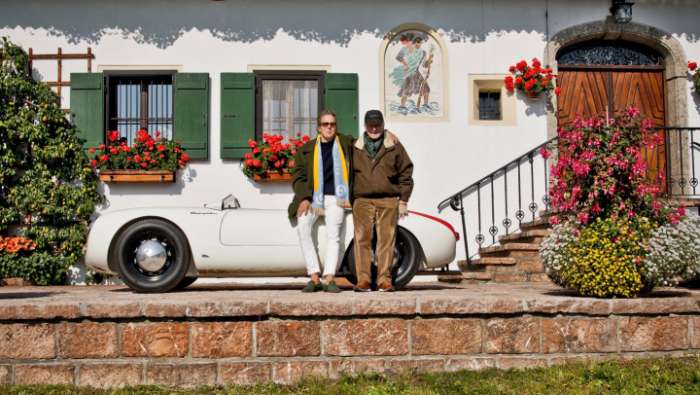 Wolfgang Porsche was Ferry Porsche’s youngest son, he was an educated young man so he started his own motorbike importing business to get some of the best bikes in the world sold in Austria. He then joined Mercedes that was then owned by Daimler-Benz and worked in the corporate atmosphere there. A short 2 years after that he would find his permanent home at his grandfather’s company, Porsche. He was appointed to the Supervisory Board of Porsche AG and then years later he would be promoted to Chairman of Porsche AG and head of Porsche Automobil Holding SE. He is still working at Porsche as we speak. His son Ferdinand or “Ferdi” as he prefers to be called, is also on the board of Porsche Holding SE and works with his dad extensively on all things Porsche. 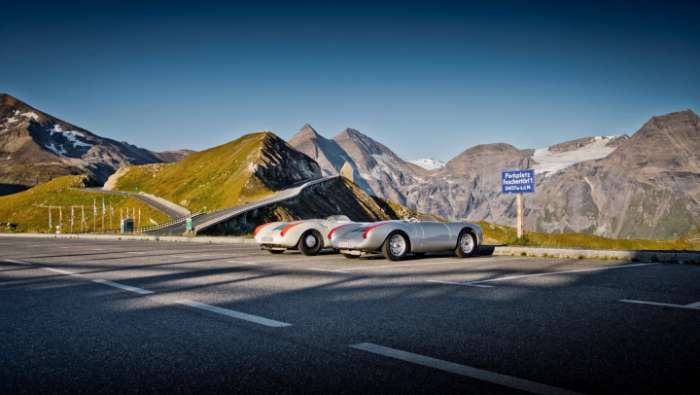 The two stunning 550 Spyders you see in the pictures are both historical relics of the Porsche brand. The white car that Wolfgang is driving was once Ferry Porsche’s personal vehicle, talk about no pressure when driving it up a mountain road. After Ferry stopped driving it, the Spyder found its way into the hands of Porsche Racing Director Huschke von Hanstein, who raced it in the legendary Zell am See ice race. Ferdi continued that car’s ice racing heritage by bringing back the historical event in 2019 and racing the white 550 Spyder with his dad Wolfgang.

Ferdi’s Silver 550 is also significant in many ways. The car was used back in the ‘50s and ‘60s for private Porsche Club racing in the U.S. It sat for years after its stints in America and eventually made its way back home to Austria, where Wolfgang picked it up and restored it for his private collection of Porsches. 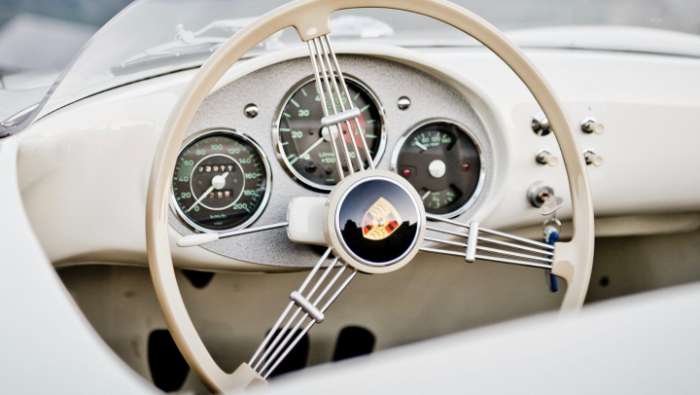 In these two beauts, the father and son drove swiftly up the road, each with 110 horsepower at their disposal from the 550 Spyder’s 1.5 Liter flat-4. Each car weighs only 600kg, or just 1,322 pounds. That’s about 12 pounds per horsepower. Compare that to the current BMW Z4’s 9 pounds per horsepower and you begin to realize why the 550 was a racecar.

While driving, Ferdi said “This is just the second time that I’ve driven a 550 Spyder. Even at 50 km/h it seems like you’re moving fast because you’re basically sitting in the open air. It feels a little cool, but that just adds to the experience.” Don’t we all wish we could feel the crisp Austrian air in our faces and look out over the top of a 550 Spyder’s windshield? The answer is always yes.