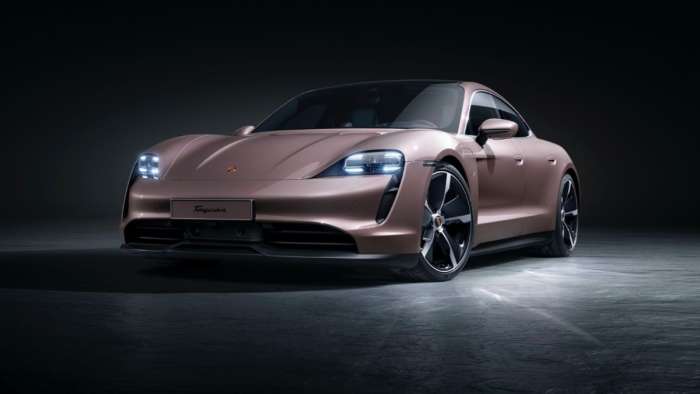 Unveiled: Porsche Has Officially Released Details On The Base Model Taycan

After just a few days of teasing, Porsche is ready to launch the new, cheaper and lighter Taycan.
Advertisement

The new Taycan is finally here, following a product release by Porsche on Jan. 20, we know that the newest member of the family will be the “little brother” of the pack. The Taycan lineup is currently a party of 3 - the 4S, Turbo, and Turbo S. This new addition will make it 4.

As we suspected prior to this official release, this version of the Taycan will be basically identical to the single-motor, rear-drive Taycan that is already on sale in the Chinese market.

In the ever-expanding EV realm, keeping products accessible is the key. Tesla did it with the Model 3 and the Model Y that will be everywhere soon, and Porsche is following right behind with an entry-level EV of their own.

Though not a completely fresh model, the base Taycan will be a suitable combatant to the Model 3 and Model Y considering its low price compared to its big siblings. It will cost $81,250, a substantial drop in cost from the $105,150 price tag of the 4S. 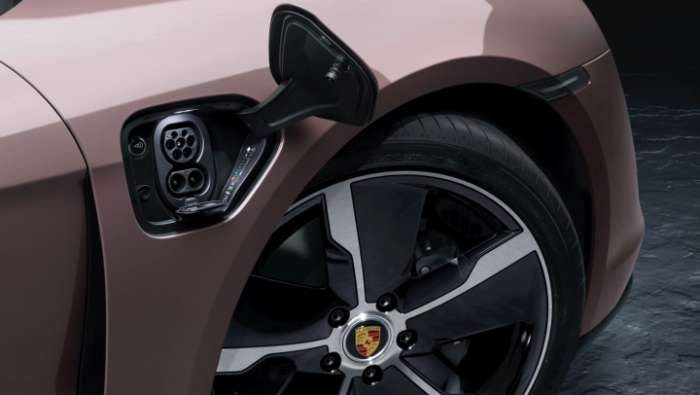 Arriving in the U.S come springtime, the new entry-level Taycan will share the same rear-drive unit as the 4S, only this one will not have a front motor at all. The rear-drive-only Taycan will save around 215 pounds as a result. As the customer, you can opt for the standard, single-deck 79.2 kWh battery or the two-deck 93.4 kWh battery. The batteries can produce up to 402 hp and 254 lb-ft of torque, or 469 hp and 263 lb-ft of torque, respectively. 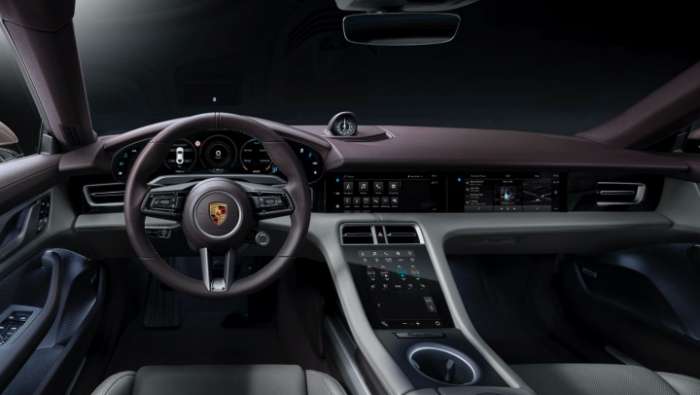 The base Taycan will offer such options as active suspension (standard), a new encrypted and programmed method of paying for charges through Plug and Charge, 19-inch silver Taycan aero wheels, and other infotainment amenities such as Apple Car Play, Apple Music, and a big digital display.

While we have been calling it the “base Taycan,” the trim level itself will just be the model name with no additional nameplate. This version of the Taycan is available for order at this moment and will be fulfilling customer deliveries by the spring of 2021. 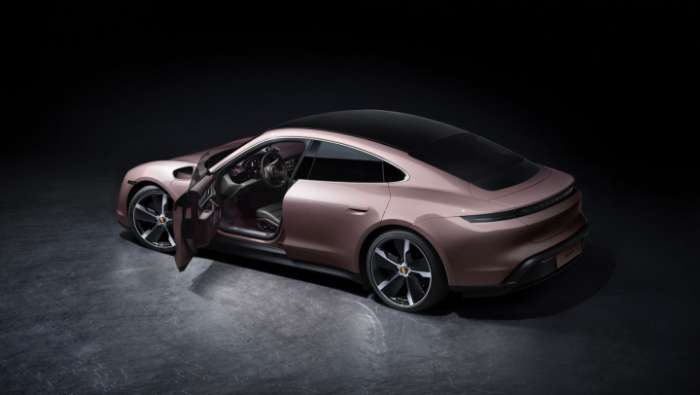