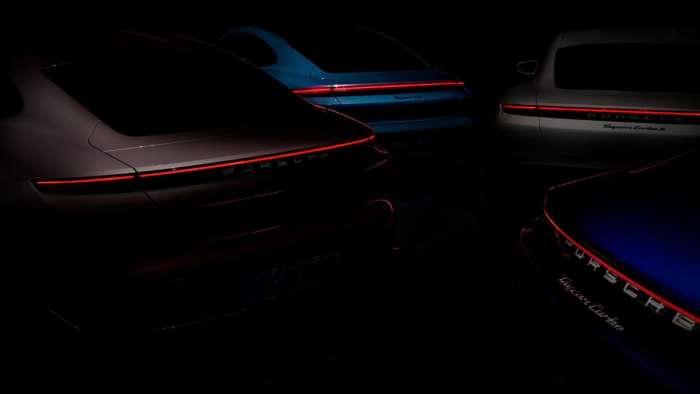 A new variant of the Taycan could be on the horizon, and it might be cheaper.
Advertisement

On Monday, Porsche’s Facebook page featured a mysterious photo of four Porsche Taycans sitting in a darkened room (above). All four of the cars were in different colors and all displayed their rear badge names in clear lighting - except for one. The caption of the image read: “Welcoming a new addition to the family. Stay tuned.”

As one would expect, speculation surrounding this mystery Taycan has been swift and sustained throughout the last day. We already know that the Taycan Cross Turismo is going to come out soon enough, and spy shots have been taken to confirm that. However, this picture features a Taycan with no distinguishable differences from the basic model. 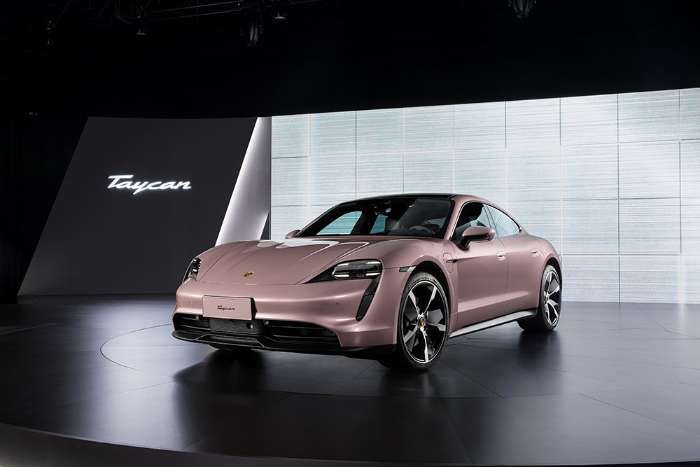 Judging A Book By Its Cover

The Taycan in question is the light pink car on the left side of the picture. Unlike the others next to it, the badge is hidden by a shadow. But the color itself serves more of an investigative purpose than the lack of a badge. The color is a Porsche factory hue known as Frozen Berry, and was used as the signature color for the two-wheel-drive Taycan sold in the Chinese market.

When promoting a new model, car companies often decide on a color they want to define the car, much like the first Taycan or “Mission-E” that was painted white for every commercial or press release.

With his knowledge of the Chinese market Taycan and its rose gold trademark, we can predict that Porsche will be introducing a rear-wheel-drive Taycan to the U.S and possibly other markets as well. Why is this significant? Because the 2WD car is much cheaper than the current base model Taycan 4S and it’s an especially good deal when compared to the Turbo S’s monstrous price tag.

Considering the price difference between the 4S and two-wheel-drive variant in China, an American version of this single motor car could cost just under $80,000 before options. The current base price of an American 4S is $103,800.