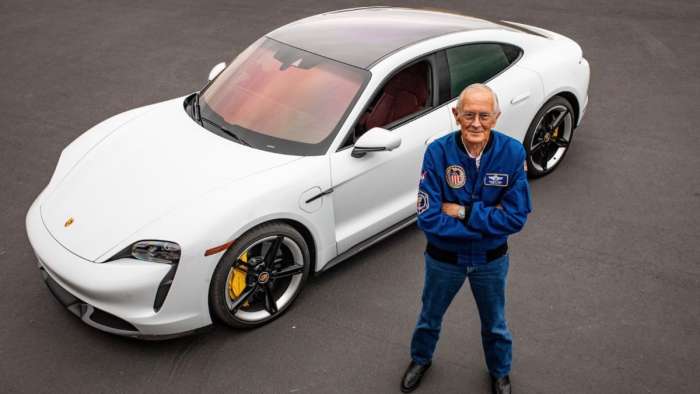 This man piloted the electric Lunar Roving Vehicle nearly 50 years ago, but until now, he had never driven an electric car on earth. Porsche gave him the keys to a Taycan to fix that.
Advertisement

There are few phenomena more heroic and inspiring than space travel. Only a select group of the smartest and most capable humans ever get the opportunity to see our small small planet from another view - beyond the atmosphere. Charles ‘Charlie’ Duke was one of those men. He was the tenth person to ever set foot on the moon’s surface and just the sixth person to pilot one of NASA’s most sophisticated electric vehicles of all time, the Lunar Roving Vehicle.

However, one would imagine his life’s work was spent focusing on science and exploration rather than the cars he saw on the road. But now, he is 85 years old and has more time to explore things other than the surface of our Earth’s moon. One of the things he took interest in was driving an all-electric car for the first time. Porsche took the opportunity to offer him a drive in the 616 hp Taycan Turbo S. “For Porsche it was an honour to hear the first impressions of a new technological environment from a man well versed in operating at the outer limits of what is possible,” said the media team. 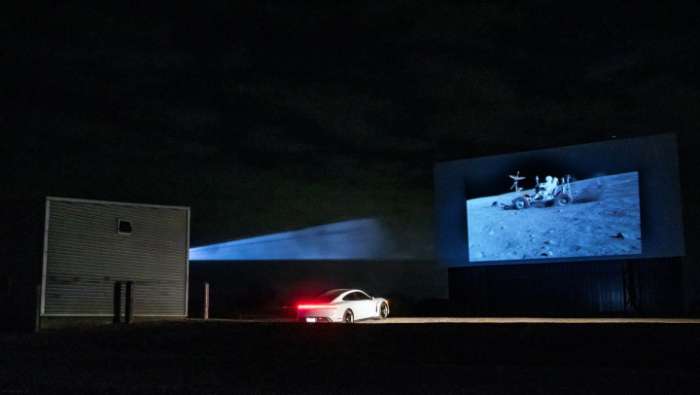 A Giant Step In Technology

The Lunar Roving Vehicle (LRV) was built in just 17 months back in the early 1970s. Despite its rush to complete development, the rover was a marvel of 20th-century engineering. It would weigh just 210kg, be able to travel several kilometers in a single go, and be stored safely and tightly inside the shuttle alongside its astronauts. Duke said that while on the moon, the minuscule amount of gravity the moon has compared to Earth took the LRV’s weight down to just 80 lbs, light enough to pick up and carry with bare hands - or rather lunar space suit hands.

The LRV was capable of carrying 1200 lbs within its nearly square body dimensions. Underneath was a tubular aluminum chassis riding on a front and rear double-wishbone suspension. Each wheel was drivern individually by 4 separate 0.25 hp electric motors. This machine wasn’t meant to rip through the dusty sand like the Singer ACS Porsche, it was meant to do research, without fail. 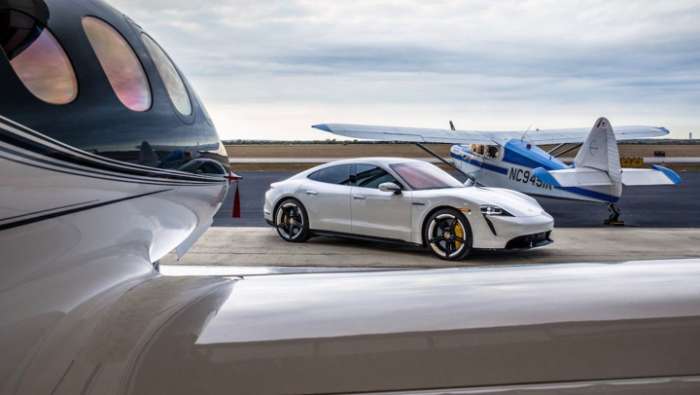 Duke told Porsche: “The thing would climb a 25 degree slope, so on the second day we drove down to Stone Mountain and we started up. It felt like I was going to fall out the back of the thing, but that wasn’t nearly as exciting as turning around and going downhill. I’m glad we were strapped in as this thing was bouncing around like crazy.” Even with a quarter of a horsepower at each wheel, the rover could do what a lot of built Jeeps do in today’s age.

The Taycan is a slightly different kind of vehicle though - if you hadn’t noticed by now. The Tacyan uses 2 electric motors that make 616 hp at all times, and over 700 for short passing boosts. However, its ground clearance is not as steep as the rover’s - go figure. The rover had an impressive clearance of 360mm, compared to the Taycan’s 128mm. Though much like the LRV, the Taycan’s technology is way ahead of its time. Duke had this to say about his experience with Porsche’s first all-electric vehicle: “... down here on Earth I had never driven a car that was all-electric. But I think I have the same mental outlook for a new car as I have for an airplane. First I have to sit there and take it all in. The visibility and layout of the cockpit, throttle and controls. It’s an amazing car, and the technology in the Taycan is an order of magnitude over our rover.”

The essence of this story is not the Taycan nor the LRV, but rather the experiences of a truly amazing man. Being one of just a dozen to ever walk the moon and one of six to drive arguably the most famous vehicle in space exploration history are things he will have for the rest of his life. Also, being able to sit and pilot a vehicle of such advanced human technology such as the Taycan and compare what electric vehicle technology is like when they are 50 years apart. 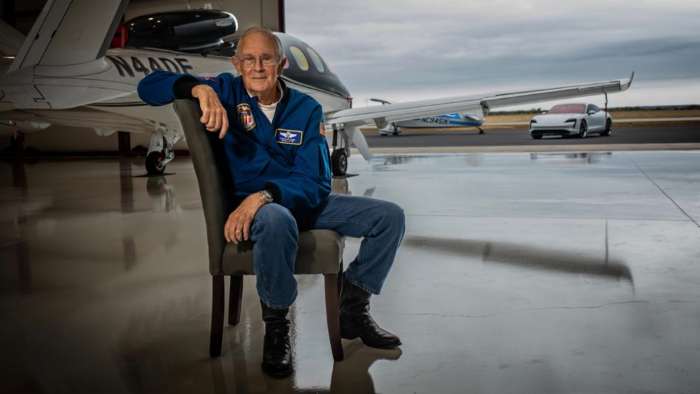 When Armstrong and Aldrin went up to the moon for the first time, President Nixon had a speech prepared for a nightmare scenario in which the two men were to be stranded on the moon with no hope of returning. A line from that speech captures the admiration for astronauts almost too perfectly, along with our own fascination for Charlie Duke’s life. It reads as follows: “In ancient days, men looked at stars and saw their heroes in the constellations. In modern times, we do much the same, but our heroes are epic men of flesh and blood.”

DeanMcManis wrote on January 11, 2021 - 1:48am Permalink
It is nice that Porsche recognized this opportunity to highlight the evolution of EVs, and the courage and perseverance of Charlie Duke.