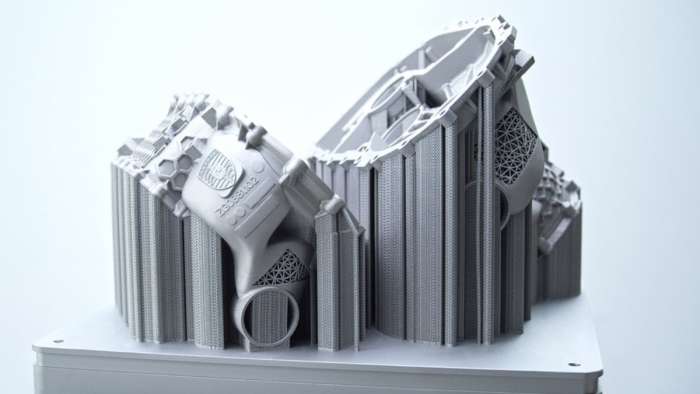 Porsche Is 3D-Printing Parts For Its Electric Drivetrain

If electric cars weren’t innovative enough, Porsche is developing a 3D-printing process that will improve automobiles as a whole.
Advertisement

Back when you were in high school, shop class was filled with woodworking tools, lathes, drill presses, and maybe the occasional welder. Nowadays, a well-funded school will teach kids how to use alien technology and act like it’s nothing. From CNC routers to laser cutters and 3D printers, the once basic engineering technology is now moving toward the future before our very eyes.

Porsche is a company that embraces 3D-printing as a manufacturing tool for real metal parts. Were not sure if this has been done before in the auto industry but we think it’s worth looking into. The parts involved in this new process are mainly the outer housings for electric-drive components and hardware. Using this technique, Porsche has made everything lighter, stronger, and more durable. 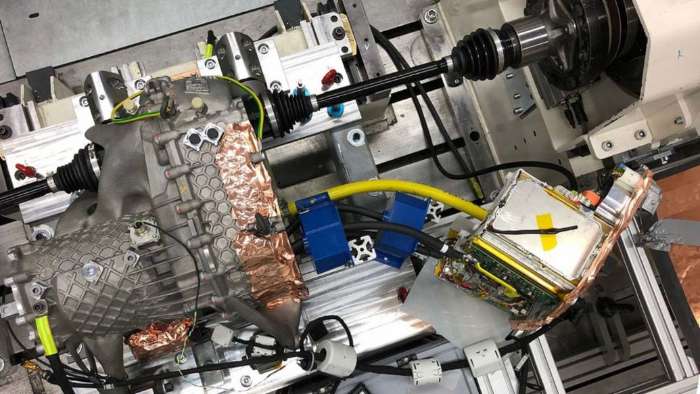 The rear-end of an electric car is very similar to that of a gas-powered car believe it or not. An electric drive unit looks like a big beefier version of the Ford 9-inch you have in your old Camaro. Even though the Taycan, Porsche’s only all-electric car, is more technologically advanced than other EVs, there is always room for improvement, especially when it comes to weight.

The 3D printing technology they have developed or “additive manufacturing” as they call it, takes the existing electric drive housing and redesigns nearly all of the dimensions including overall shape, weight, and rigidity. The entire process is improved as well. With a normal cast piece of metal, along with its specific blueprints, Porsche will usually have to build a special tool or process for that singular part. With 3D-printing, additional assembly work is eliminated and Porsche claims the part quality is increased dramatically. 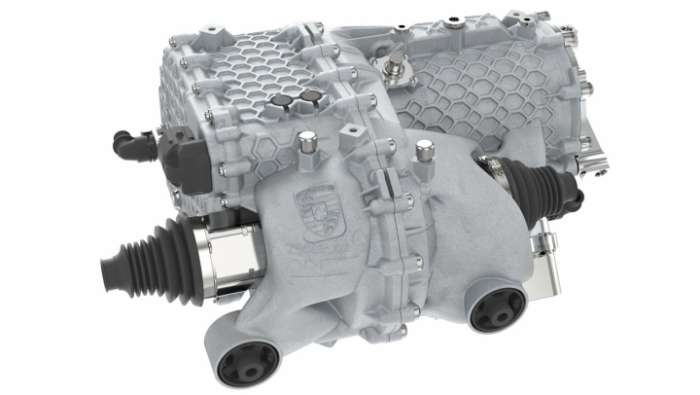 How The 3D Printer Works

The printer is basically a big box with computer-controlled software and hardware. The computer guides the printing nozzles in the exact order and physical direction that it needs to complete the part. Porsche’s printers are able to use a special alloy powder that when heated up, becomes a lightweight metal material. The printer goes layer by layer, carefully placing the melting material around in a circular fashion until the part is a whole.

Each layer is melted atop one another. In doing this, the lightweight metal powder instantly bonds to the previous layer creating a virtually natural hunk of metal, except this material is much stronger than a cast piece. Porsche’s engineers have researched certain patterns to use when printing each layer of material in order to make them physically stronger and more resistant to flexing. Porsche claims that the weavings in some of their successful tests were much derived from that of nature - bones and plants were used as references. 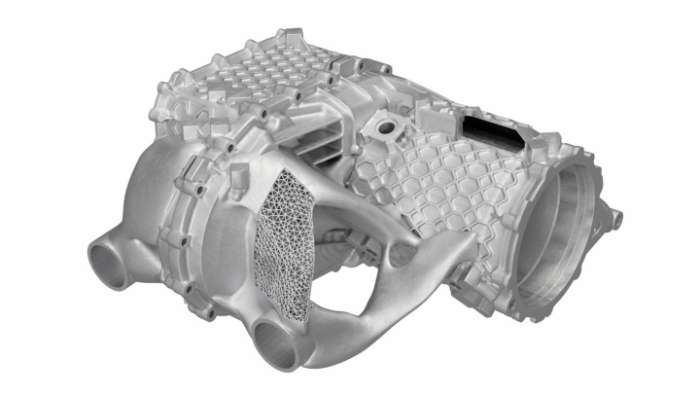 The natural bone and plant designs were just used on the inside, however. The outside shell of the housings are designed in a honeycomb design to once again strengthen the parts entirely. Here are some more specifics from Porsche’s release:

“The weight of the housing parts was reduced by approximately 40 percent due to the integration of functions and optimisation of the topology. This represents a weight savings of around ten percent for the entire drive due to the lightweight construction. The stiffness was increased significantly at the same time. Despite a continuous wall thickness of only 1.5 millimetres, the stiffness between the electric motor and the gearbox was increased by 100 percent due to the lattice structures. The honeycomb structure reduces the oscillations of the thin housing walls and thus considerably improves the acoustics of the drive as a whole.”

“The integration of parts made the drive unit more compact, significantly improved the drive package, and reduced the assembly work by around 40 work steps. This is equivalent to reduction in the production time of approximately 20 minutes. An additional benefit: integration of the gearbox heat exchanger with optimized heat transmission improves the cooling of the drive as a whole. This is a basic requirement for further increases in performance.”

Porsche’s media team says that the 3D-printing technology was also tested on combustion engine components. Successful tests with 3D-printed pistons were conducted with the Porsche 911 GT2 RS in its facilities. If Porsche is correct regarding the time-saving and quality-improvement of this new technology, we could see printers like these show up in every major manufacturer in a couple of years. An expensive technology for sure, but with enough time, the rest of the automotive industry may fall in line.