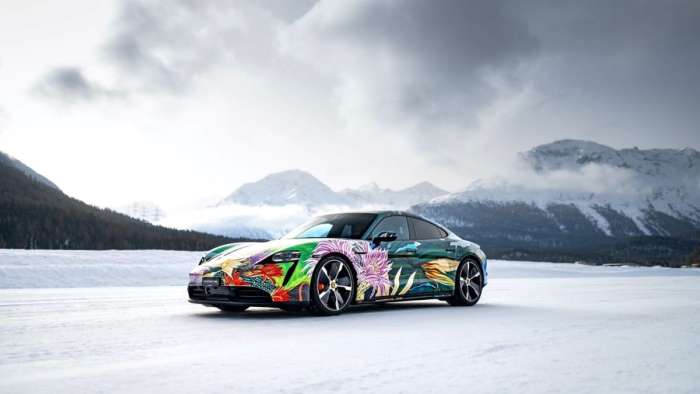 Designed by an American artist, this abstract Taycan will go on to support a Swiss charity representing those affected by the pandemic.
Advertisement

Porsche, along with RM Sotheby’s, SIGNal Design and acclaimed American artist Richard Phillips, have created a one-of-a-kind Porsche Taycan with a paint like none other in the world.

The Taycan 4S with its Richard Phillips-designed paint, was sold for an estimated adjusted price of $200,000 after going up for auction for a 7-day campaign from April 6-13. Those who own Porsches are commonly identified as the very wealthy, and while that may be true in most cases, this colorful Taycan 4S, which sells for $103,800 at the dealership, sold at nearly twice that amount for a good cause.

Swiss non-profit organization, Suisseculture Sociale, is the beneficiary of this charity auction. The organization supports Swiss artists in admission to maintain the prominence of art by getting private funding to help new and existing artists find support in the hard times wrought by Covid-19. 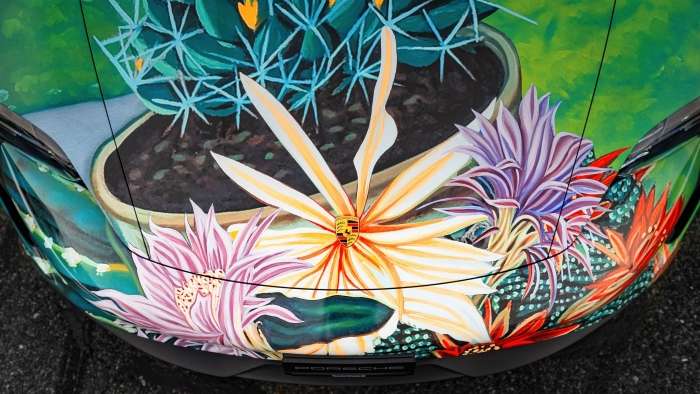 The actual car is a first year model, as the project was conceived back in 2019. Richard Phillips, the artist behind the amazing piece of art, has had his own personal work displayed in some of the most prestigious galleries in the world like the Museum of Modern Art in New York and the Tate Gallery in London.

Phillips created the Taycan art car first for a local restaurant in Zurich, where it was on display to support that business during the pandemic. Recently, Porsche and RM Sotheby’s gathered to present the project at a worldwide auction for Suisseculture Sociale. 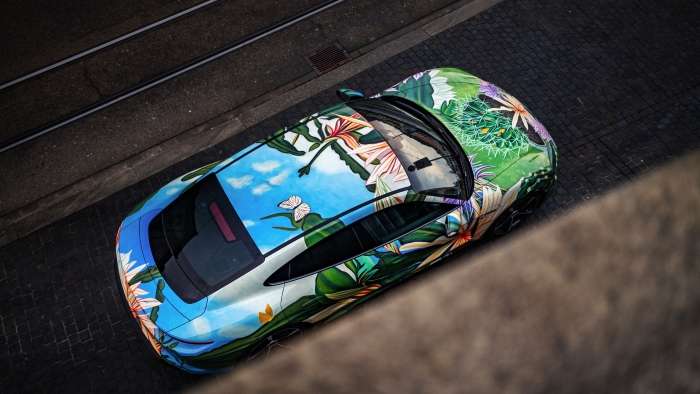 As the pictures beautifully display, the car is covered in a nature themed piece with flowers of all kinds, a vibrant blue sky, and a little butterfly on the roof. It is hard to think of a better item to auction when the proceeds go to struggling artists. Also, as if it were fate, Earth Day is today and this Taycan 4S is both zero-emissions and covered panel to panel in scenes of nature.

CEO of Porsche Schweiz AG, Michael Glinski, shared that sentiment in a comment regarding the project.

“We wanted to capture this achievement by working together with a leading artist. The result is this creation, which reflects the guiding principles of sustainability and electromobility and of course also places a strong focus on nature in Switzerland,” Glinski said. “By auctioning the work and donating the proceeds we want to help the Swiss cultural landscape, which has been hit especially hard by the pandemic. Porsche has set a confident course through this crisis and we are eager to give something back to the community.” 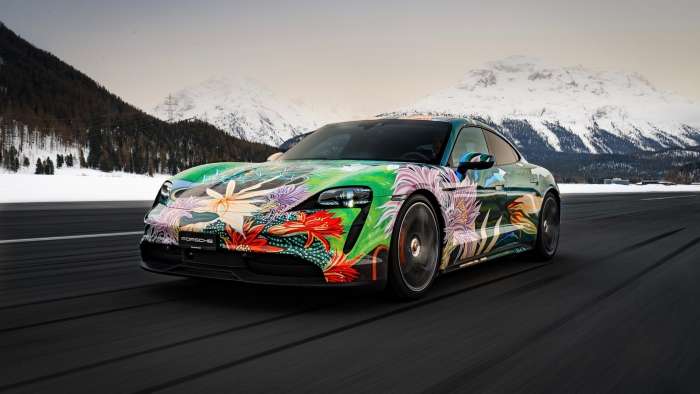 Richard Phillips got the project finished with the help of SIGNal Design, who made it possible for Richard’s ideas and paintings to be seamlessly printed onto a real Taycan. SIGNal Design was also a part of a previous Richard Phillips-Porsche project, when a 2019 911 RSR with a specially designed livery won the GTE Am class at Le Mans.