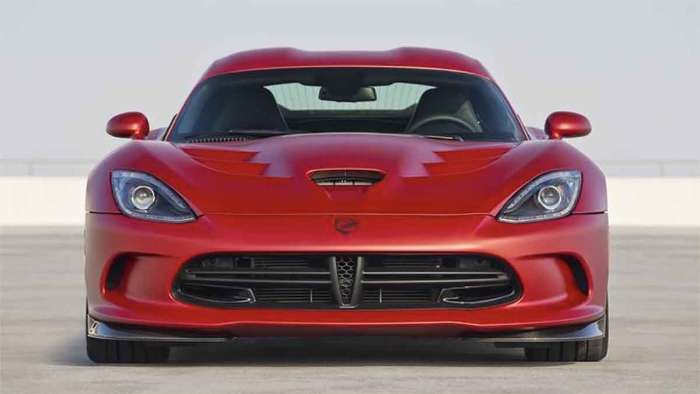 With nameplates like Hummer and Supra returning, could we see the return of other discontinued vehicles? Some may not be classics or even iconic, but are still missed for a variety of reasons.
Advertisement

It’s sometimes hard to realize that 2000 (and the Y2K hysteria) was 20 years ago. Two decades! Wow! Heck, it seems like this year has lasted about a decade and a half as it is. So, with that thought in mind I took to my social media network (my FB page and my Twitter) and posed the question: What vehicle(s) over the last 20 years that are no longer produced, do you wish would be brought back?

We’ve already seen General Motors bring back the Hummer, but in an electric vehicle iteration. Also, Honda resurrected the Element and Toyota (joyously) brought back the Supra. So there’s always hope that other nameplates could be brought back.

Many people didn’t follow the criteria I laid out, offering vehicles from the 90s, 80s and even the 60s. That’s why I limited it to the last 20 years as to me the golden age of automobiles was the 1960s. So, I disqualified many of the suggestions, but I appreciate all of the responses.

Also, this is my list, so it will be subjective to my specific likes. I am biased toward smaller cars, convertibles and even coupes. And I’m willing to take your comments and heat for any omissions or if you want to ridicule my choices.

So let’s take a look at my list which is no certain order. 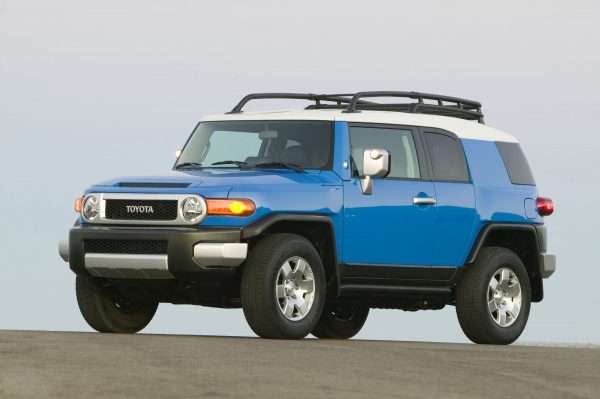 Toyota FJ Cruiser
This rugged, boxy SUV was discontinued in 2014. It wasn’t the most appealing SUV nor the most luxurious but I always liked it because it looked like something you’d take on a safari. 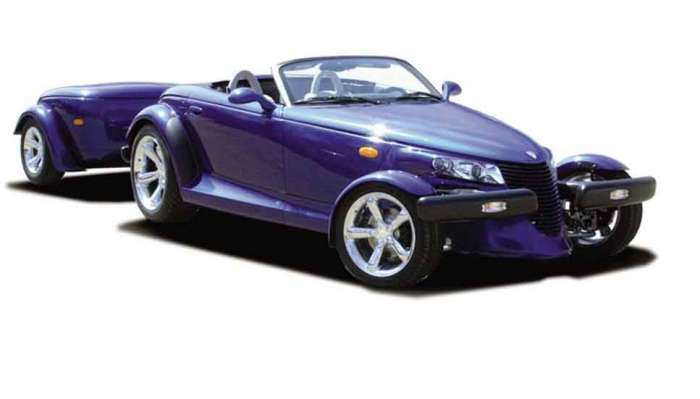 Chrysler/Plymouth Prowler
Developed under the partnership when Daimler Chrysler also owned and manufactured Plymouths, the Prowler was a unique-looking that had another retro look that mirrored the hot rods of the 40s, 50s and 60s.

The nearly open wheel look of the Prowler posed many problems from a mechanical standpoint, but purely from an aesthetic standpoint, there hasn’t been a car made in the last 20 years that looked like the Prowler. Some will say that’s a good thing, I say I miss this two-door roadster. 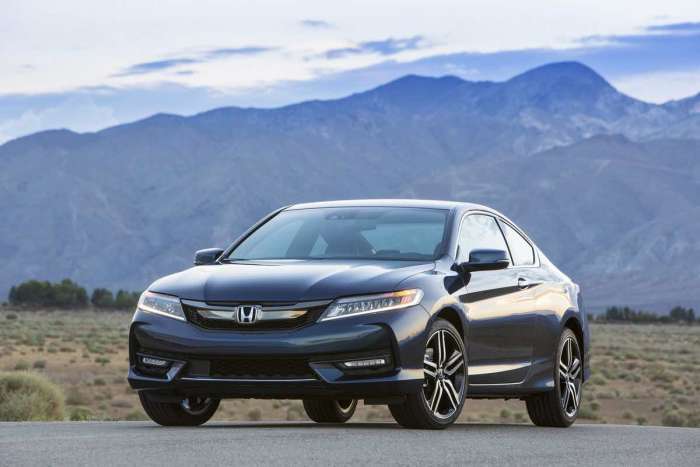 Honda Accord Coupe
Speaking of two-doors, the top-selling Honda Accord actually existed as a two-door coupe. Why did I include it on this list? Well, I have a thing for coupes as I mentioned, and I really like how the Accord looks as a coupe.

The Accord was built as a two-door coupe throughout much of the 90s, discontinued, only to be brought back from 2003 until it was discontinued again in 2017. It was a nice run. The midsize sedan had their hay day in the late 90s through much of the 2000s and have fallen out of grace with the consumer, perhaps that’s due in part to lacking options and distinction.

Thus, I put on this list an Accord that looks a little different that has appeal to certain people. 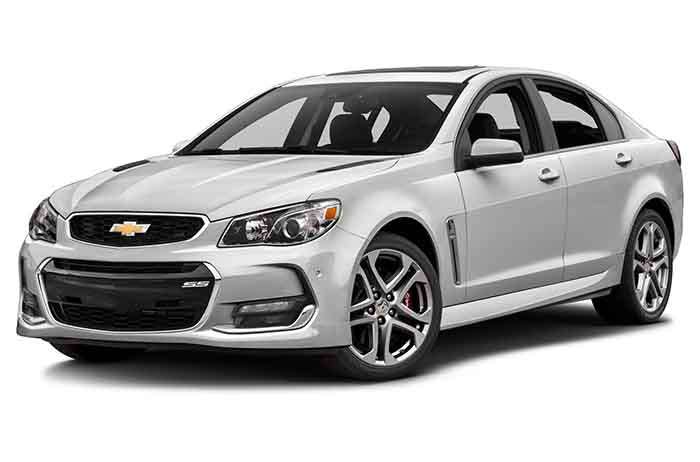 Chevy SS
The SS is an old naming convention from GM’s glory days of the 50s and 60s. The SS nameplate stands for Super Sport. But from 2013-2017, Chevy produced this car. I was able to drive it and review it.

While the looks were fine, it didn’t look aggressive or special, but under the hood was a V8 that cranked out more than 400 horses. It was an enthusiast’s car for sure and a real sleeper. I remember in one of my reviews of the SS, I called it a Super Sleeper.

Having driven hundreds of different cars over the last several years, I still remember that SS and for that it rightfully belongs on this list. 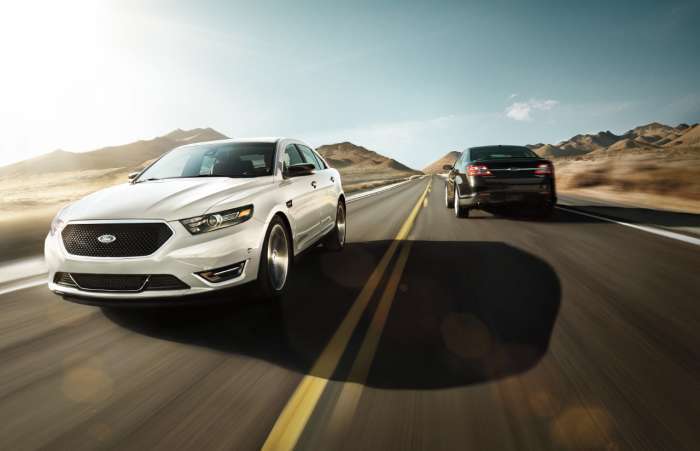 Ford Taurus SHO
In the same vein as the Chevy SS, the Ford Taurus SHO had a slightly longer run than the SS. And like the SS, the SHO packed quite a powerful wallop. Built with both a V8 but then later a high-performance V6, the Taurus SHO added excitement to the otherwise sleepy Taurus.

Fun fact, the Taurus SHO was one of the first cars I reviewed when I got my new “car writing gig” back in 2011. I had only known the Taurus as a family car at that time, so I was less than excited, until I drove it and developed a SHO-mance.

Ford Thunderbird
Staying under the Blue Oval brand, I can’t really explain why I added the last generation of Ford’s Thunderbird on this list, other than, I always liked its looks as a convertible. It blended a classy, high-end vibe with a nostalgic cruiser that just resonated with me.

The late Gale Halderman, who was the designer of the original Ford Mustang also designed many Thunderbirds. At his museum in Tipp City, Ohio, Gale has a red version of the eleventh-generation Thunderbird, so if he liked it, it’s good enough for me too.

To be clear, nothing is better than the first two generations of the Thunderbird, which is one of the all-time classic cars. I’m not comparing this early 2000 iteration to that.

Dodge Viper
The Viper looked like what a sports car is supposed to look like. It was aggressive, beautifully styled and had the power and performance to match the looks. The third and fourth generation’s V8 engine went over 500 horsepower.

The fifth and final generation switched to an aluminum V10 engine and a whopping 640 horses. Who wouldn’t want to bring this back. There are the occasional rumors of a return of the Viper by FCA.

All of you Moparians should have a spot in your heart for the Viper.

Volkswagen Beetle
Talk about an icon. The Beetle should perhaps be on the Mount Rushmore of automobiles. (that’s another fun story to write)
Volkswagen made the bad decision to discontinue the Beetle. I thought the Beetle had really found its groove again with the most redesign where it looked Porschey in many ways with a squatty stance.

The last Beetle I drove was a convertible version and it was a blast to drive. Like the Miata, you can make fun of the Beetle for any number of reasons, but I truly believe had it not been for those ridiculous eye lashes that people put on the headlights, the Beetle might’ve survived. 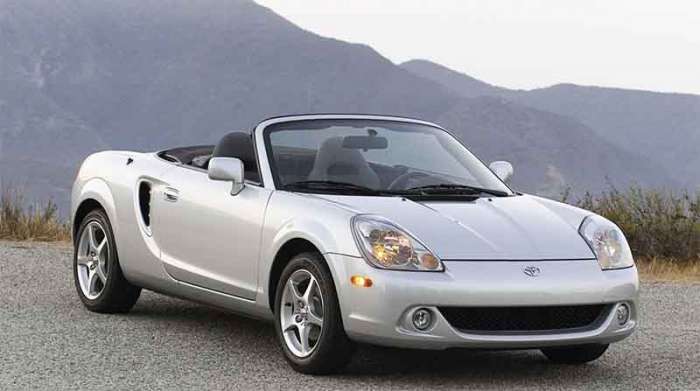 2000s: The second era of the convertible
As I mentioned, I love convertibles, even though I live in Ohio where we have winter and rainy springs. Any chance I get to drop the top and go for a ride I will, even if I have to bundle up and crank on the heat.

The last 20 years saw some many great convertibles, each one I miss and would love to see brought back.

The Mazda Miata is one of my favorite cars to drive. I’ve argued with people that it’s a “chick car” to which I say, have you driven one? It may not have the most aggressive or manly looks, but the Miata is always fun to drive.

In the same spirit as the Miata from the last 20 years was the Toyota MR2 Spyder and the Honda S2000. These two have been discontinued while the Miata continues on. Yo, Toyota, you brough back the Supra, let’s bring back the Spyder too!

Another outstanding, albeit slightly conservative (re: dull) convertible was the Solara. This was essentially a convertible version of the steady eddy Camry. A convertible that will last 150,000+ miles with a back seat to boot, that sounds good to me. It wasn’t exciting, but I still miss the Solara.

In the same vein as the Solara was the equally conservative but still enjoyable Buick Cascada. This was just discontinued this past year and I will admit I will miss it. I liked that you could put the top up or down while driving (under 20 MPH). For the unpredictable weather here, it worked for me, and I liked the higher-end feel of the Cascada. 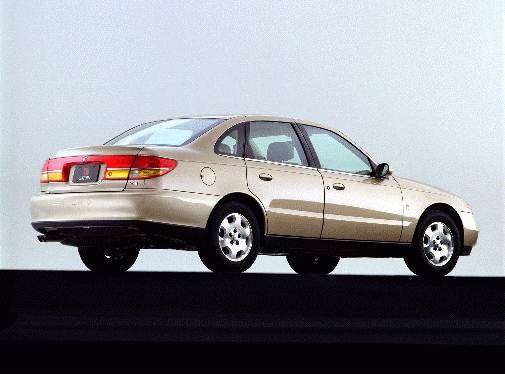 Honorable Mention
The Saturn brand. When it was launched in the late 80s and early 90s, the Saturn brand was billed as a different kind of car company. And it was. With simple pricing, no haggle car salesmen, it was affordable cars for the average joe.

I was one such average joe as my first car was a gold Saturn LS. I have delusions of grandeur that the Saturn brand will be brought back at all, and really why would it, but I wanted to include it on this list as I still miss the brand and that gold LS, even though the sunroof leaked.

Dishonorable mention
A couple of my friends offered “interesting” feedback to my question. More than one person threw out the name PT Cruiser. No way would I ever want that hideous-looking car ever brought back. I know I showed a fondness for retro styling, but that is one that should never have been made.

The other suggestion was one of the most controversial vehicles ever made in recent history. The Pontiac Aztek, were it not for the TV show Breaking Bad, would have gone down as one of the most forgettable and regrettable cars in GM’s history. But there are some who feel it’s so ugly and so “unique” that it’s a classic.

So there’s my list. What’s yours? Remember, stick to the 20 year timeframe. Let me know your thoughts on my list and let me know yours that I didn’t include by leaving a comment below.

Jesse wrote on December 4, 2020 - 11:39am Permalink
Cars are usually canceled because they don't sell enough vehicles to stay profitable or the market changes. As far as market changes go, where did all the minivans go? Profits, look not at just a particular car, look at car companies. In my lifetime, I've seen Studebaker, AMC, DeLorean, and Checker Cab go out of business. Not to mention Oldsmobile, Pontiac, and Saturn of the GM lineup. While we get emotional over cars no more, it is profits and market forces that ultimately decide a vehicles fate. Thanks for the well-written article and a walk doen memory lane. BTW, my first two cars were a Chevy Vega and Citation.....both of which were later canceled for quality/sales reasons.
Andrew wrote on June 10, 2021 - 5:39pm Permalink
HHR Just garbage
Jimmy Dinsmore wrote on June 11, 2021 - 8:04am Permalink
Yes, no question about that!