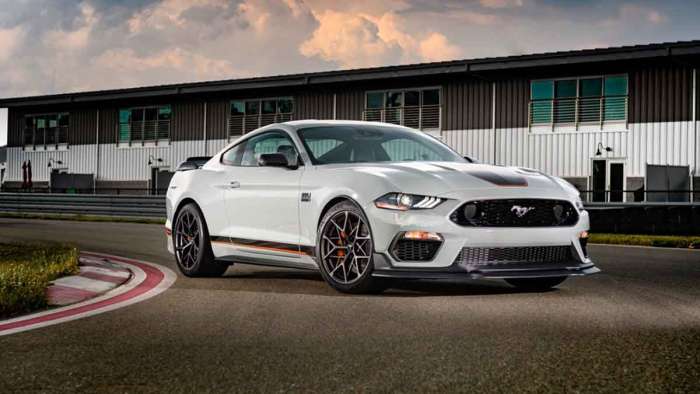 Limited Edition Mustang Mach 1 gets unique handling package wheels to add muscle and performance to the upcoming pony car. The all-new 2021 Ford Mustang Mach 1 Handling Package will be available to order on Jan. 4, reaching showrooms in the spring.
Advertisement

We are learning more and more about the upcoming Mustang Mach 1. It’s important to emphasize that number over a letter, for fear of losing the interest of the Mustang Mach-E haters out there.

And while I’ve written plenty about the electrified crossover Mustang of late, and garnered plenty of harsh comments, writing about the V8 muscle car replacement for the GT350 and Bullitt always seems to bring excitement back to the Mustang enthusiasts.

I get it. Pony cars, which Ford was the first one to create such a vehicle, are beloved, none more so than the Mustang. Rest assured, that even with the arrival of the Mach-E and the exit of the GT350, that V8 muscle is still part of Ford’s future plans.

Case in point, some news the Blue Oval just released.

Ford released this information regarding a new Limited Edition Handling Package for the upcoming Mustang Mach 1:

“Inspired by construction and engineering marvels such as bridges, roll cages and even bird’s nests, the all-new Mustang Mach 1 Handling Package wheels aim to capture attention when they reach roads and tracks across the U.S. and Canada early next year.

Using a layered construction design typically reserved for show cars and other non-production vehicles, the cast aluminum wheels bring with them on-track benefits such as structural integrity for hard cornering and about a two-pound weight drop from the standard Mach 1 wheels, despite being one inch wider.” 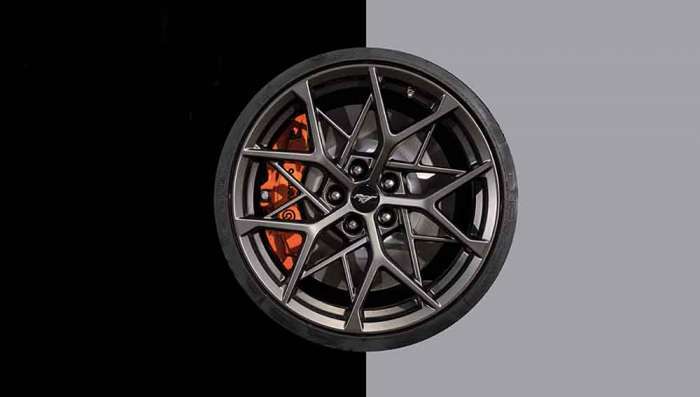 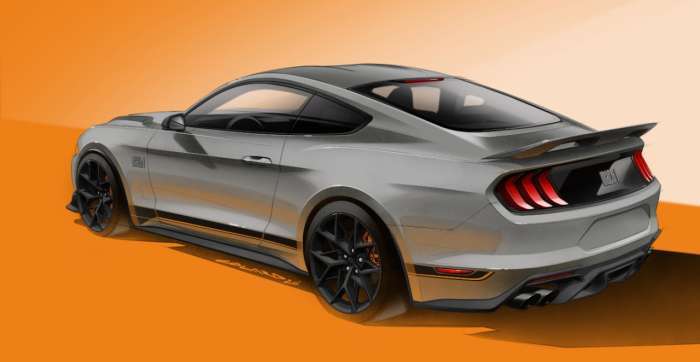 Designing Wheels For Mustangs
Wheels often get overlooked but are an integral part of a vehicle’s looks. I know some consumers who will buy a vehicle (or won’t buy a vehicle) based on the wheel styling. So it is important. Mark Kaski has worked as a lead designer for Ford for more than a decade.

But of all the wheels he’s designed for Mustang, his latest work might just be “his masterpiece.”
Exclusive to the all-new Mustang Mach 1 equipped with a Handling Package, Kaski’s “bird’s nest” design is unique, even among the collection of designs that populate his portfolio.

“In some ways, I see the wheels as jewelry for the vehicle,” Kaski said. “The design is different than anything we’ve ever done, but I think it’s perfect for this new Mach 1. It’s going to influence Mustang wheel design going forward.”
Kaski works with engineers when coming up with designs to make sure his designs aren’t just aesthetically pleasing but incredibly functional, with performance in mind.

“There aren’t many in the industry doing layering like this on a production wheel,” he said. “It’s the result of a whole lot of engineering, a lot of design and a little artistic talent. And there was probably some magic involved too.” 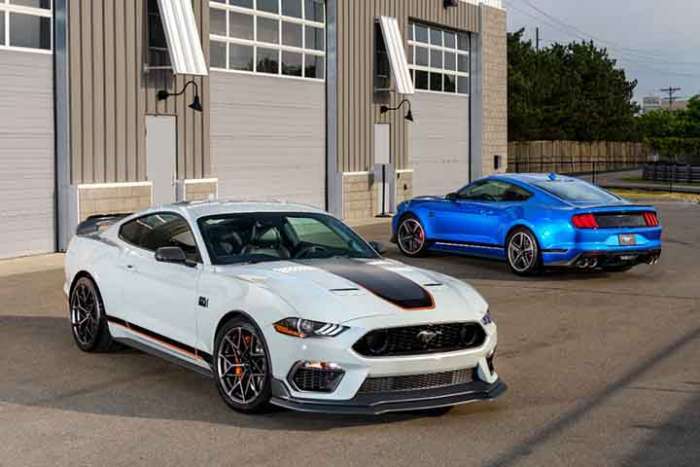 How Much Does The Mustang Mach 1 Cost?
Starting price is $52,915 which includes a $1,195 destination charge.
Likewise, the all-new 2021 Ford Mustang Mach 1 Handling Package will be available to order on Jan. 4, reaching showrooms in the spring.

Mach 1 Performance
The Mach 1 engineering and design teams worked in tandem to develop a front end unique to the Mach 1 persona that also meets the high aerodynamic demands of the engine, transmission and braking systems.

A front splitter optimized to the fascia shape improves track performance and provides a more aggressive appearance, while a matched rear spoiler works in concert to create ideal lift balance. Mach 1 features 22 percent more downforce than a Mustang GT with Performance Pack Level 1 and the downforce improvement jumps to approximately 150 percent with the Handling Package. 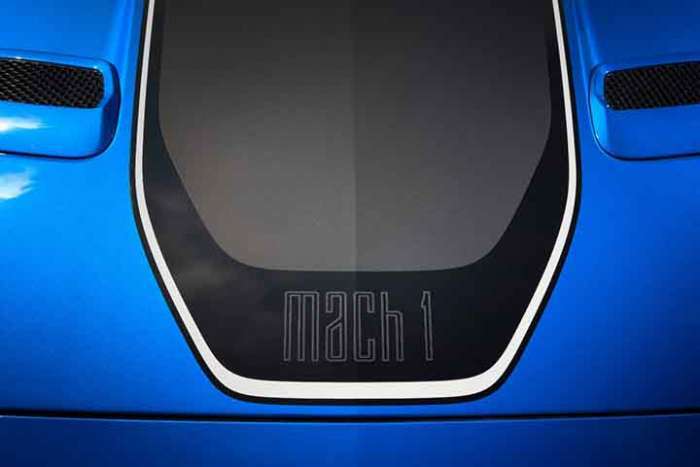 To enhance track endurance, the team added two side heat exchangers – one to cool engine oil, the other transmission oil – as well as a rear axle cooling system and lower diffuser from Shelby GT500.
A new underbelly pan, the vehicle’s most aerodynamically important upgrade, extends 20 inches further rearward than on a Mustang GT Performance Pack to smooth and increase the airflow under the front of the car. Large underwing features in the belly pan increase downforce, while special belly pan airfoils in the brake cooling ramps improve downforce and assist the brake cooling flow – a first for Mustang.

On my GT350 story I wrote, I received a great comment related to the Mach 1 that said (in part): “The Mach 1 is a Canadian parts bin car with a Mexican transmission that produces less power at lower RPMs than the 350. I wouldn’t walk across the street to look at one.”

Do you agree with that comment? What do you feel about the Mach 1? Is it a noble replacement to the Bullitt and GT350? There is a lot of Mustang heritage there in both design and engineering. Leave your thoughts in a comment below.

David Ure wrote on April 20, 2021 - 1:03pm Permalink
Funny comment from that fellow. I can tell you that the 5.0L produces much more low end torque than the GT350 5.2L and in fact, feels quicker on the street. The transmission comment made me chuckle. It is the exact same transmission that is in the GT350!