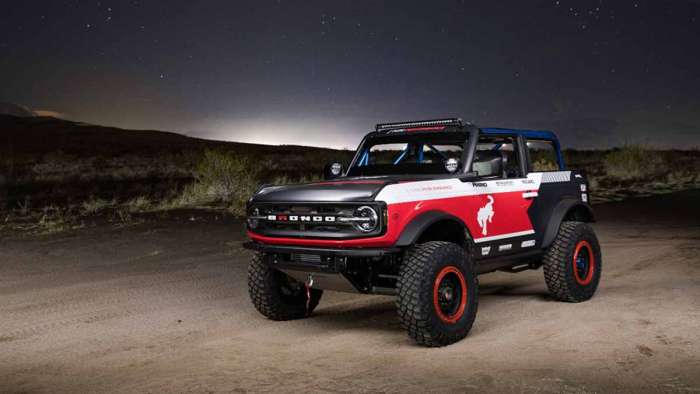 Earlier this week, I did a story on the Bronco4400 race trucks that would compete at the King of the Hammers. It showed that Ford was on the right track with hammering down (get it?) their rugged, Built Wild racing brand.

One fair criticism I heard about the Bronco4400 was that they were just shells and not really Broncos. Well, almost on cue, Ford Performance unveiled the Bronco 4600 race truck that will compete in the stock class alongside the aforementioned Bronco 4400 in the Ultra4 off-road series.

The biggest takeaway from the Bronco 4600, unlike the Bronco4400, is that it demonstrates how 2021 Bronco two-door and four-door customers can prep their 4x4 for off-road racing in the ULTRA4 series.

“Innovating the off-road landscape and competing with Bronco’s higher-speed off-road abilities have always been at the core of Bronco brand’s heritage,” said Dave Rivers, Ford SUV marketing manager. “Our new Bronco 4600 race trucks underscore our motorsports heritage and how the all-new 2021 Bronco can be tuned from the showroom floor to compete in the grueling ULTRA4 stock class series.” 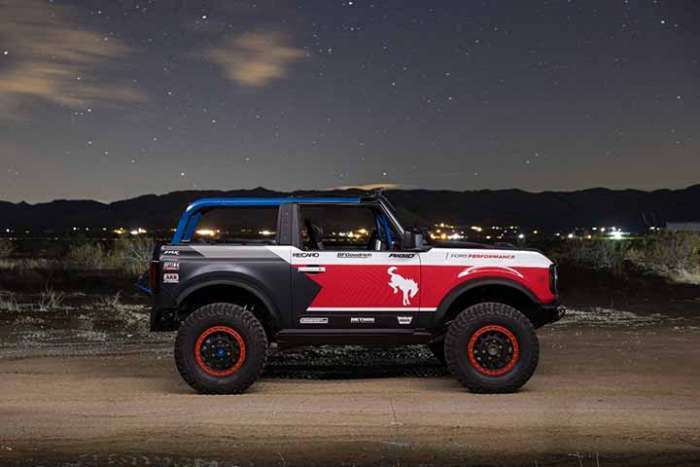 Built Wild Racing
Ford has made a concerted and obvious effort to brand Built Wild and throw that label around on anything that is off-road rugged and also tie it to racing and performance. Enter the Bronco 4600 to proudly sport that Built Wild moniker.

Like the first-generation Bronco that took the 1969 Baja 1000 outright, new Bronco 4600 builds on this winning tradition starting with a 2021 Bronco two-door SUV with stock powertrain running on a competition-tuned High-Performance Off-Road Stability Suspension (HOSS) System. 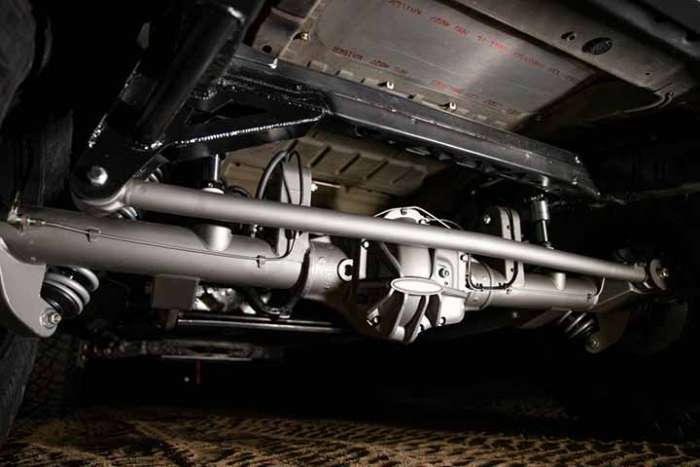 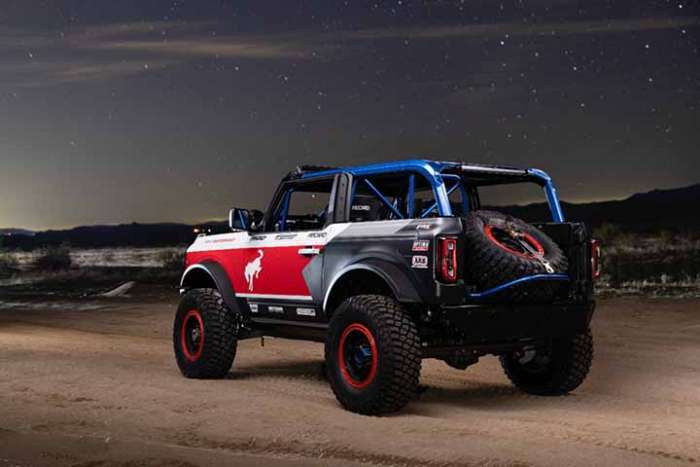 Featuring a 2.7-liter EcoBoost twin-turbo V6
While a 2.3-liter four cylinder engine is part of the upcoming new two-door and four-door Bronco lineup, there is also an optional 2.7-liter Ecoboost that is making most Bronco enthusiasts quite giddy. And seeing this engine used in a race truck only adds to that excitement. 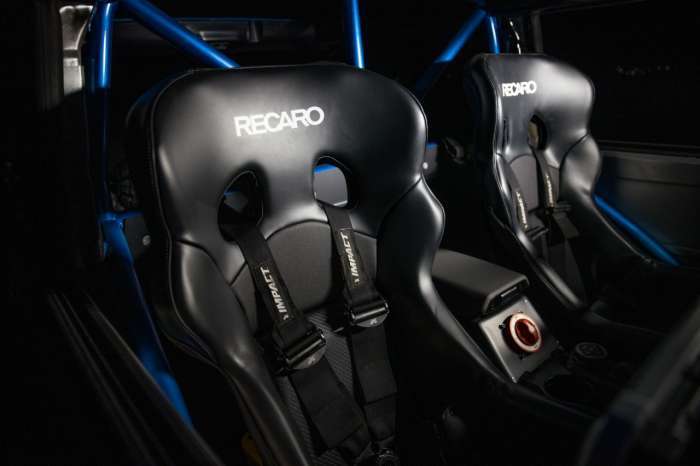 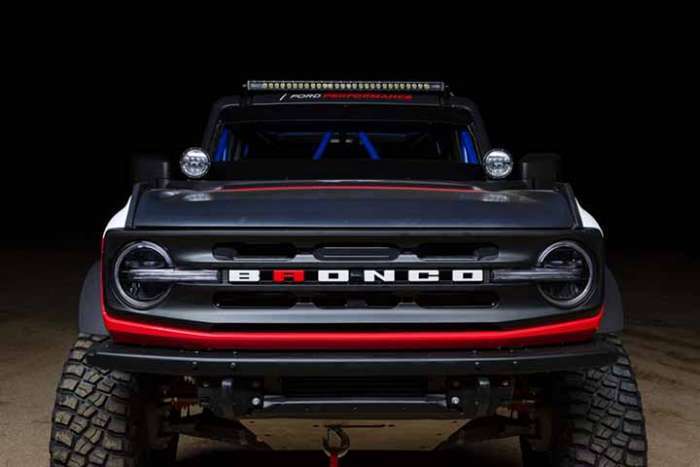 Race Red, Oxford White and Velocity Blue
The Bronco 4600 features a new livery that is both familiar and patriotic.
The front design takes inspiration from the 1969 Baja 1000-winning Bronco, with matte black hood, plus white upper and red lower body lines that transitions into a more modern Bronco design scheme extending rearward.

“Our new ‘war paint’ scheme tells the Bronco race story – up front is chapter one that traces back to the victorious 1969 Bronco, then, as you travel along the side, the lines get more diagonal, more futuristic, signaling the future of the brand,” said Scott Guan, Bronco designer.

I know the Bronco 4600 isn’t going to be on sale, but how cool would it be if were available? I don’t know about you but I just love the look of it. What do you think about the Bronco 4600? Leave me your thoughts in the comments.