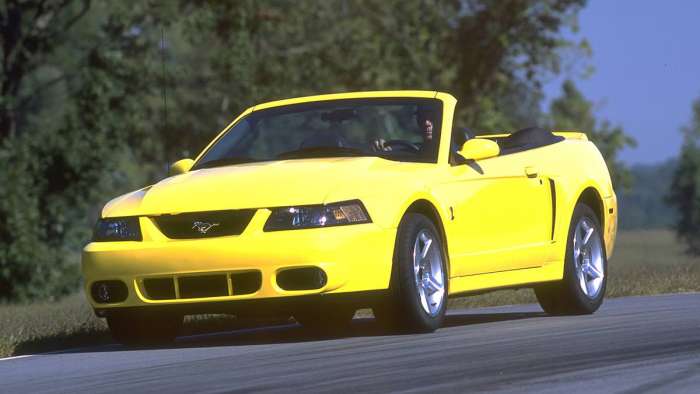 The 2003 Ford Mustang Cobra Is Perhaps Greatest Mustang Ever Produced

As a Mustang historian (a title that still sits weird with me), people ask me, what Mustang would you own if you could get buy any of them. That’s such a loaded question. I love the 1960’s era Mustangs for sentimental reasons. A ’67-‘69 Mustang Convertible would be great to have.

But, for me, a Mustang that doesn’t get enough credit as an instant classic, and one I for sure would dream about is the 2003 Mustang Cobra.

Here is why the 2003 Ford Mustang Cobra may be the greatest Mustang ever. This car was produced by Ford’s Special Vehicle Team or SVT. The SVT unit of Ford existed from 1993 until 2006. The last vehicle produced by SVT was the 2006 Ford GT. SVT is responsible for some of the most powerful, enjoyable vehicles that Ford has ever created. Having a vehicle made by SVT automatically means this car (or truck) is special. And the 2003 Mustang Cobra is no exception.

In fact, John Clor of Ford Performance and Mustang historian once called the 2003 SVT Cobra, “the top production Mustang of all time because supercharging changed Mustang forever.”

The SVT Cobra was introduced during 2002 as a 2003 model year. The SVT Cobra took modern Mustang horsepower to all-new heights by introducing an Eaton supercharged 4.6-liter DOHC V8 engine known as the Terminator.

What a cool and apropos nickname for such a game changing engine. The SVT Cobra also had a 6-speed manual transmission and special front end that had a heat-extraction hood. The round Cobra fog lights remained. A rear fascia had the name Cobra inscribed on the bumper as well as a sleek rear spoiler. On profile it featured special rocker panel moldings and side scoops and the Cobra emblem was emblazoned on the inside in several spots, including the seats. The engine makes 390 horsepower and 390 lb.-ft. of torque (at 3500 RPM). It had a quarter mile (tested) track speed of 13.01 seconds. 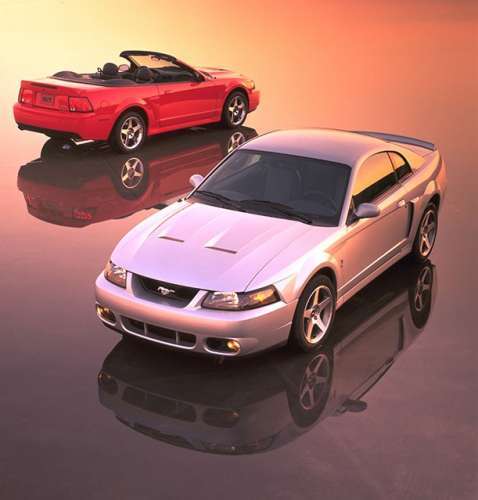 The car sat on 17-inch tires and 5-spoke cast aluminum wheels. One of the most impressive features were the 13-inch vented Brembo performance brakes with twin-post calipers. The ride and handling were widely appreciated by enthusiasts as the SVT Cobra offered a distinctive performance in that regard thanks to a modified MacPherson strut system and gas-powered Bilstein dampeners.

The 2003 SVT Cobra was one of the last production Mustangs built on the SN-95 platform. This platform helped revive the muscle car era for Ford and in Mustang heritage it’s a respected platform for the Mustang.

Ford produced a total of 13,476 SVT Cobra Mustangs in the 2003 model year of which 8,394 were convertibles. The Satin Silver color was the rarest with only 242 made (for coupe) and only 81 made for convertible.

When new it had a starting MSRP in the mid $30s and mint condition ones can still go in the mid $20s (or higher).

If anyone is buying me a present, I'm a size convertible (black, red or white). Let me know in the comments section below if you agree that the 2003 Ford Mustang Cobra is the greatest Ford Mustang ever. Check out my latest story on Ford kicking off safe driving tour for new drivers.