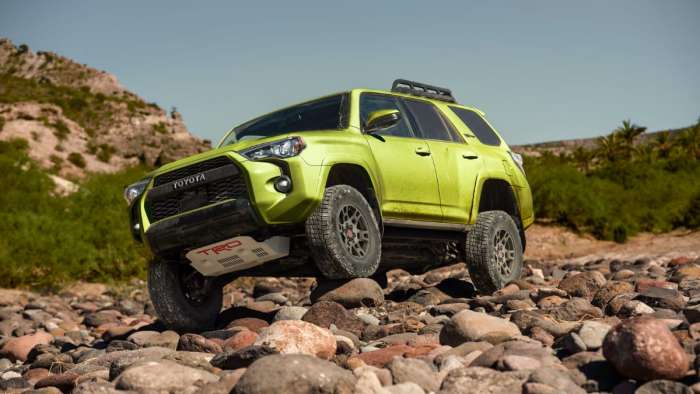 When Will Toyota Release A Hybrid 4Runner?

Just about every vehicle in the Toyota line up has a hybrid option, even the powerhouse Tundra. So, when will we see a 4Runner hybrid? Here is my theory.
Advertisement

Toyota over the years has taken almost every vehicle in their lineup and made a hybrid version. Now that Tundra has made the debut, where are the others?

I have a theory on when Toyota is going to release the 4Runner hybrid and how it will effect the other vehicles in the product line that do not currently have that option.

When Is Toyota Going To Release A Hybrid Version Of 4Runner?
My theory is that with all the push for more electrification going on the plan for 4Runner hybrid is certainly in the works. We know Tundra has a completely new powertrain that includes a hybrid option but what about the Runner?

Toyota has literally made no official announcement at all on the 4Runner since the last major update in 2010. So, after 11 years now what is going on? 4Runner still utilizes the old 4.0 liter instead of the new 3.5 liter found in Tacoma.

Knowing this bit of information tells me that Toyota is up to something. 11 years with no powertrain update is a big signal that something has to be coming and soon. Toyota has stated that they do want all of their products into a hybrid version by 2025, so at least by then, hopefully.

Conclusion
11 years is a long time for Toyota to put off updating or changing a popular model in their lineup. 4Runner was also branded before Tacoma and maybe that is why Toyota is waiting?

If 4Runner hybrid does come out and prove to be successful, maybe then will Toyota launch both of the similar platforms at the same time? I hope that I can get more information soon, but for now it is interesting to think what Toyota is doing.

That is all for this one. Remember Today's Adventure is Tomorrow's Story.

What makes the Toyota Prius so special? Here is what I think.