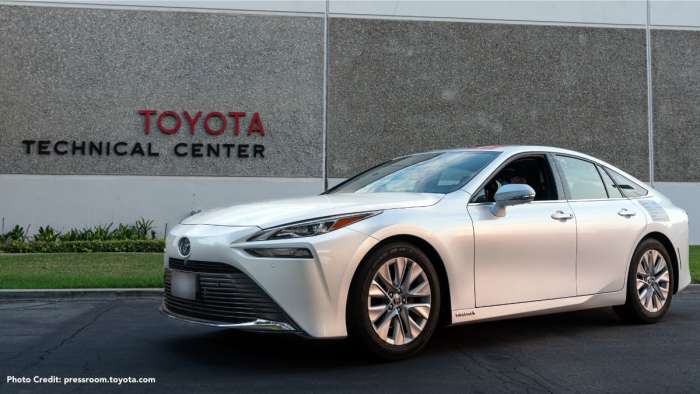 Setting a Guinness world record is a cool thing, but what about your support group who got you there? Toyota and the Mirai refueling saga continues.
Advertisement

Toyota is the world's largest carmaker. They also have great advertisements for their products. I am a Toyota fan, no doubt about it, but one thing they did recently is really bothering me, and I have every right to cringe at the announcement.

If you have not seen any of my previous articles on the Fuel Cell Mirai, I highly suggest giving them a read. I think that fuel cell technology is impressive. It solves so many problems in our world, with air pollution, refueling times, and my favorite, a solid, quiet ride.

Fuel cell cars are a great idea. In fact, in their recent announcement, Toyota makes Mirai look like the bee's knees, but what is their end game here? Here is what Toyota is saying about Mirai fuel cell cars and why it is a dirty trick.

Guinness World Record Fuel Cell Blunder
When you hear the words World Record, what do you think? I know for me I think of an amazing feat of strength, or maybe something that seemed impossible finally happened. 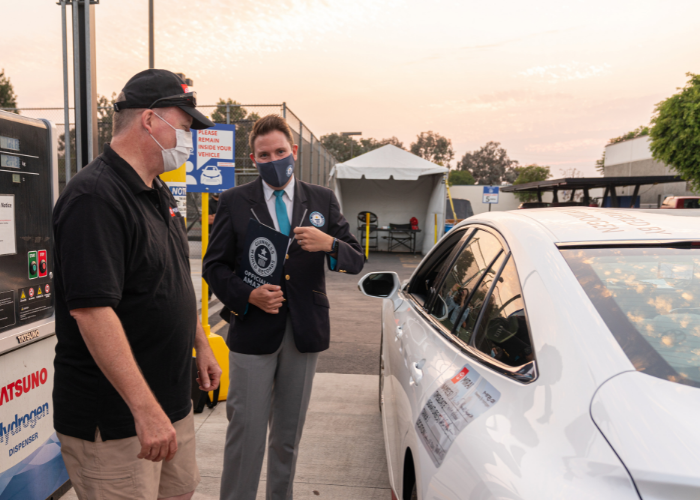 What if the world record was used as a marketing ploy to cover up a major underlying problem with technology? By that, Toyota recently stated that the Mirai set a world record of 845 miles. I am not one to downplay that feat; it is incredible.

845 miles on a hydrogen tank really is mind-blowing, no doubt, but I have a problem with all of this. Why are loads of Mirai owners constantly without hydrogen? Why is Toyota focusing on how far a distance they can go instead of fixing the infrastructure problem?

This Guinness World Record is really cool; it just seems like Toyota is trying to cover up the constant station failures.

It's like getting a Noble Peace Prize, but there are still starving children all over Africa that need help, hence why I say this is more a blunder than an achievement.

Conclusion
Again, I love Toyota products; I own and drive them all the time, I do not see myself deviating from the brand. However, my question to Toyota is this. If you know the product works, why are you not fixing the refueling problem to incentivize more people to purchase? 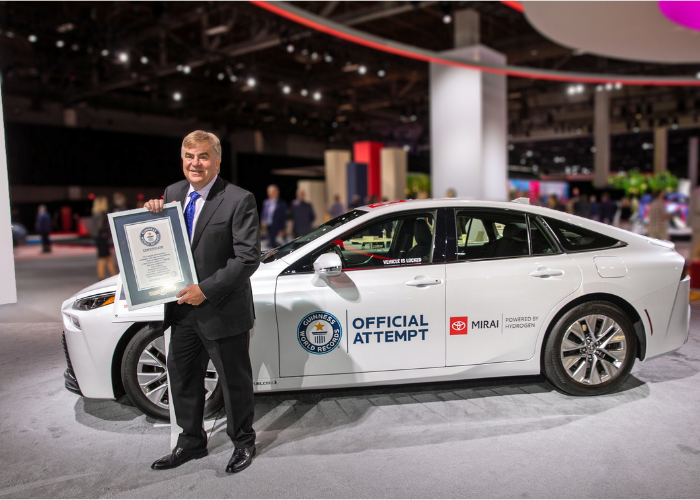 Maybe I do not understand marketing, or perhaps I am just some guy who sees this differently. However you slice it, Toyota and any other company with hydrogen tech on the road need to band together and get the infrastructure in place now. Even more so, fix the issues at the current stations.

Look at the Tesla supercharger network; it has grown by leaps and bounds over the past 10 years. Granted, EV stations are less expensive to install, but did Elon have an excuse? Nope, he made it happen. Toyota is a larger company by a large margin, and they have the money to do anything they want.

I want to own a Mirai. I have spent considerable time with this tech and know it's impressive; I do not need to be sold on the idea. We just need it to work, and I am disappointed with how good Toyota usually does with everything else, why this has blemished that reputation.

John Goreham wrote on October 15, 2021 - 12:53pm Permalink
Hydrogen as a fuel cell EV energy source seems like a viable technology for reduced (local) emission trucking. It seems silly as an affordable passenger vehicle energy source. Why Toyota isn't banging out UPS, Fedex, and Amazon delivery vans along with a fixed fuel station they can return to every night is a mystery. Populating North America with hydrogen stations is a pipe dream.
Adam Hargrove wrote on October 18, 2021 - 4:05pm Permalink
“Toyota is a larger company [than Tesla] by a large margin, and they have the money to do anything they want.” TM has a $247B market cap, TSLA has an $871B cap. Tesla is three-and-a-half times the size of Toyota. Also TSLA has $16B in cash and only $11B in total debt on the balance sheet, so they have some spare pocket spending money. TM has “only” ¥7.8T in ready cash and sadly ¥24.5T in debt. They gotta watch their budgets carefully.