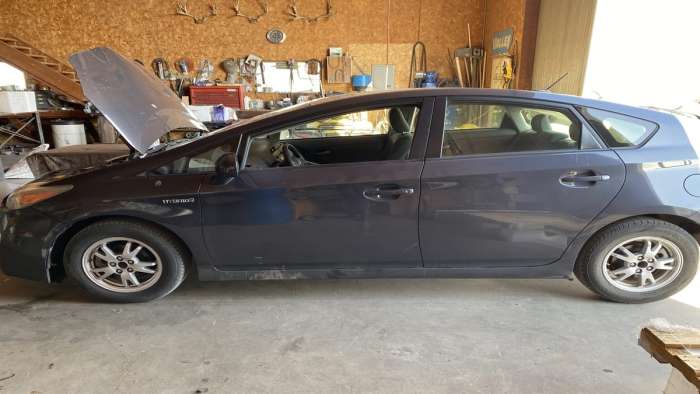 Save Hundreds On Water Pump Replacement On Your 2010-2015 Prius

Need a water pump on your Gen 3 but afraid to spend $800? Here is how you can save hundreds of dollars if you need to replace yours.
Advertisement

If you have read any of my other articles about generation 3 Toyota Prius, you will know that water pump failure is going to happen. The other crappy thing about that is your wallet could fail at the same time when you see what it costs to replace the darn thing.

Here is what you can do to save hundreds of dollars on replacement and learn a thing or two about the auto parts industry.

Not All Water Pumps Are Created Equal
You would think that a water pump is a water pump, right? Well, yes, in a sense, but no, they are not. The aftermarket parts market is teeming with loads of cheaper parts that are not always the same quality standard as what came on your Prius as original equipment.

These knock-off parts are typically made with different and cheaper materials that may or may not be as good as the original part that came on your Prius. Just because something is cheaper does not necessarily mean it is good or bad.

So how do you tell when a new part is a suitable replacement? Cost? Brand? Great questions and we will cover that next.

How To Tell If You Are Getting A Good Part
What many people do not know is that a car company, say Toyota, does not make all of the parts that go on Prius. Toyota has companies they work with that build parts for them under the specifications that Toyota provides.

For instance, Aisin is a company that builds the water pumps for generation 3 Toyota Prius. On the pump, there is a casting that says Toyota, but the company that made it was Aisin.

If you need to replace the pump, many would think to go to the dealer where Toyota parts are sold. Or go to the local O'Reilly, Autozone or NAPA parts house, and see what is available for the aftermarket. The confusing thing here is that there are several options aftermarket, and they are all expensive. 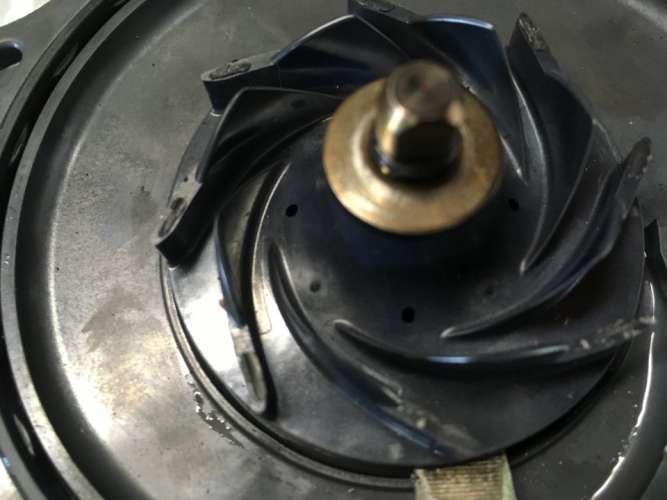 Dealer or not, these pumps are going to run you anywhere from about $500 to $850. Yikes, that is a lot of money. So, how does the Hybrid Guy find the best price on an OE water pump? I do two things.

First, I identify who the maker of the part/component is. In this case, the water pump is made for Toyota by Aisin. Knowing that bit of information can help me understand what brand I want to choose and why.

There is a reason why is that I like to stay with parts that were OE from the factory. Typically, but not always, OE parts are the best replacement parts and will last the longest.

Next is the search for my Aisin Toyota Prius water pump. I have called all the auto parts stores in town and found that NAPA can get me an Aisin water pump. My cost, because of my discount, is still $392 before tax. Woof, what a joke! I understand that the pump should not fail, but honestly, this was more than I wanted to spend.

I continued my search and came across a site called Rock Auto. I have used them before and found most of their parts were name brand OE parts. I took a look, and sure enough, there was the OE Aisin water pump I had been looking for. The best part was it was $192, $200 less than the local store.

I bought the pump and waited anxiously for it to arrive, and when it did, I was astounded at what I found.

The Rock Bottom Deal Of The Century
When the pump arrived, I compared both the OE part and the heavily discounted "aftermarket" part. They both said Aisin on them, but only the OE one showed Toyota. 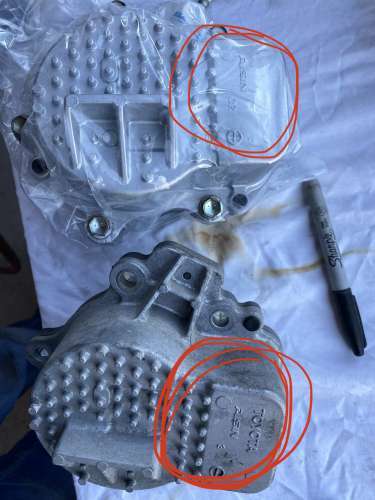 However, if you look where I have circled in red on this picture, you can see that the "Toyota" letters have been ground off. It was undeniable what was going on here. This pump is the same thing is the OE but for a fraction of the cost. Deal of the century for sure.

Conclusion
I knew about this trick long ago when I started looking at how parts are manufactured for companies like Toyota. I have bought countless Aisin pumps that have had the "Toyota" part ground off and resold as a cheaper product.

I can assure you the parts are the same, only one is hundreds of dollars less than what the dealer would have you believe. Use this knowledge wisely, and you will save big when you need to replace your pump on your Prius.

Until next time! Have a great week, and I look forward to seeing you in the following story. Tesla Will Have A Million Mile Battery When Will The Toyota Prius?

ALainD wrote on June 8, 2020 - 6:53pm Permalink
or you could order it on amazon prime for the same price once you add ship ($196+8 vs $205) and gread vid on how to change it. Surprised you recommend changing it at only 120k (I did the entire EGR cooler and intake cleanup which was pretty bad on 2014 with 150k - now have an oil catch can to prevent carbon buildup hopefully). My Acura MDX entire Aisin timing/water pump/ bearing/tensioner was less than the prius pump but no motor I guess... but this is much easier to change for sure!
John wrote on September 25, 2021 - 7:24pm Permalink
TSB about EGR and intake manifold stated ECU reprogramming for the EGR cycle too. If you drive regularly in highway, you should not have those issue
Jim Tenhundfeld wrote on June 9, 2020 - 11:49am Permalink
Can you give me advice on a 2008Prius that has a deflated bladder in the gas tank.
Mary Randall wrote on June 12, 2020 - 4:06pm Permalink
Sign me up!
roller brake tester wrote on September 22, 2020 - 4:15am Permalink
It is one of the best write up on the save hundreds water pump replacement. Before hitting on the other blogs I would request all to give a try here to get the best available content here. The article is much informative regarding work as well.