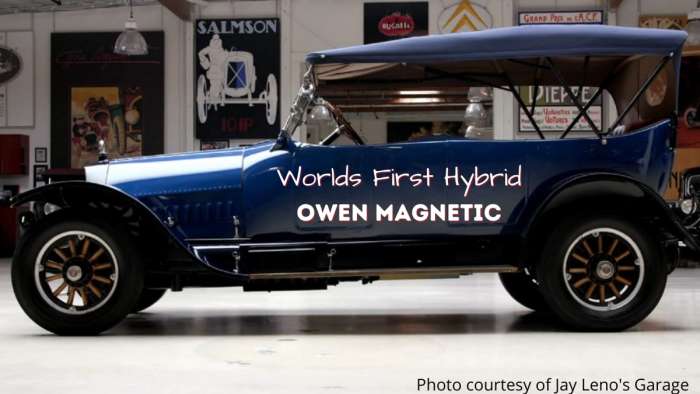 If you think hybrid technology is relatively modern, think again. Hybrids have been around longer than before most of us were born.
Advertisement

The year was 1897, and Justus B. Entz sent in all the paperwork to file for a new patent on a very peculiar type of invention. It was a transmission for an automobile that would change everything about transportation 100 years later. Indeed this car named the Owen-Magnetic was the world's first hybrid vehicle.

What Is The Owen Magnetic?
The car was nothing short of an incredible feat of technology for the day. It utilized a 24 Volt battery system and an electric transmission to slow the vehicle down and charge the batteries (sound familiar?)

Justus B. Entz was the creator of the transmission used. Still, the R.M. Owen & Company licensed the technology from him to build the car. It was called the Owen Magnetic and was marketed as a "magnetic" drive automobile.

What Was Great About The Car?
There were many neat things about the Owen-Magnetic. It was very smooth to operate and needed no clutch. Shifting was a complete breeze. Because the engine turned the electric transmission, it hardly worked so overheating, or short life on the gasoline engine quickly became a thing of the past.

Story Conclusion
Hybrid technology is all over our streets today. Thankfully older generations and people like Entz pioneered it early on so that we can reap the benefits of it now.

Hybrids are fantastic cars, not very exciting but still pretty darn neat when you think about where the heritage came from. That is all for today. Remember, Today's Adventure is Tomorrow's Story.

Want to know what the next big leap in battery tech is? Take a look here.

RonaldImini wrote on September 22, 2021 - 6:24am Permalink
One of America’s most accurate tech investors says this tech could trigger the single biggest financial event since 1602