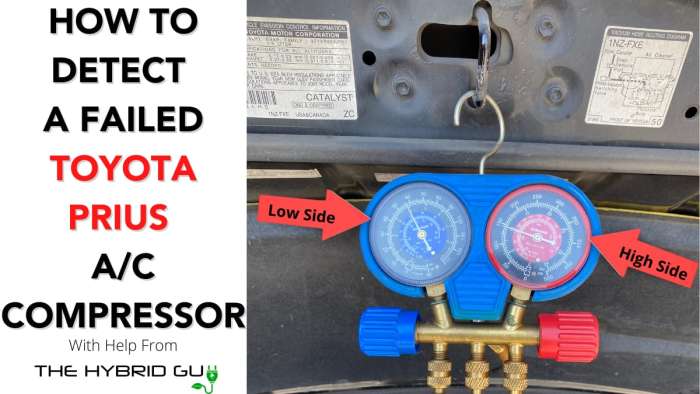 Summer temps are still here. If your Toyota Prius has a failed compressor like mine, here is how I fixed it for less than $100.
Advertisement

When the outside temperatures spike, we all want to turn on the cool air from our vents. But what if we do not get cool air and only get heat? Sometimes our A/C systems fail and need attention.

In this article, we will look at the "garage find Prius" and its failed compressor. We will analyze why it failed and how I could get it back up and going again for less than one hundred dollars.

Why Do A/C Compressors Fail?
Electric air conditioning compressors such as the ones found on Toyota Prius do not fail often. A failing compressor is not unheard of, though, and my "garage find" Prius just had this problem.

One of the reasons A/C compressors fail is due to lack of use. The oil in the system settles, seals, and bearings dry out, and then when turned on, the compressor cannot make the same pressure it once did.

There are other reasons for failure, but in my case, it was from lack of use.

A weak compressor cannot build pressure, which is why we see the high side with low pressure. On the low side, refrigerant pressure is building because it is not being drawn in quickly; thus, the low side has higher than normal pressure. 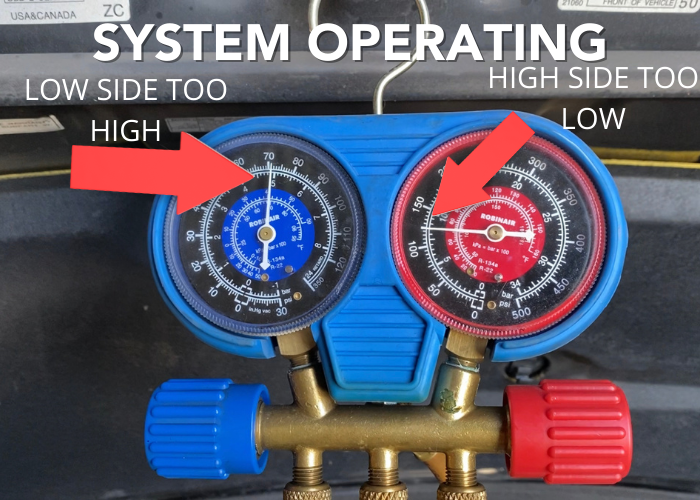 If a catastrophic failure occurs, plan on replacing nearly the entire system. The internal metal particles and the tiny ports do not work well together. So, why did I only replace the compressor and nothing else? It was a 100% roll of the dice.

I told myself that if this works, great. The compressor was weak but not totally failed, which told me that my system was primarily clean. Replacing only the compressor and having the system open for a short time was not long enough to saturate the desiccant bag and hold excess moisture inside the system.

I figured that if I could get it working again by replacing the compressor and recharging the system, that would be a total win. If not, I did have the money set aside to overhaul, but it was worth a shot.

The proper way to replace a failed compressor is to replace the compressor, condenser, receiver/dryer, and sometimes the thermal expansion valve or TXV.

Typically with catastrophic compressor failure, as I mentioned above, can completely ruin the majority of the a/c system. This is one reason A/C work is so expensive, all of the labor and components involved.

Conclusion
I was able to get this Prius back working again for less than 100 dollars. I also have a great friend who owns a repair shop and lets me use his machine. The used (but still good) compressor in the pick n pull was fifty dollars. If I added my time into that, it is about a hundred bucks. 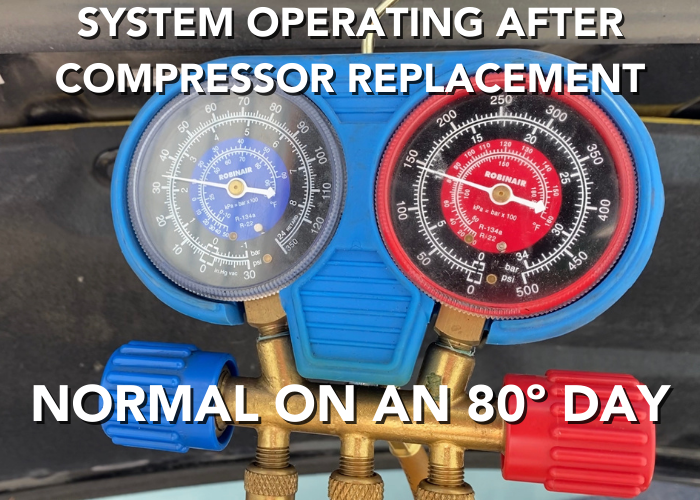 Anyone could do this procedure if you take it to a shop and have them recover the system. You could then swap the compressor out, take it back in and have them leak check, and recharge it. A shop would probably charge you a standard evac and recharge fee of around $150.

Other notable items. Make sure you have turned the power off in the car and disconnected the 3 phase high voltage lines running to the compressor. When you have the shop recharge the system, make sure they do at least a 15-minute leak check (no one wants to do the same thing twice). Lastly, make sure that wherever you are getting your compressor from has some form of warranty (via PayPal if you are using eBay or whatever) some people online will sell parts that are not good, so beware if you choose to go that route.

Other than that, if you have any questions about A/C work on your Toyota Prius, feel free to find me on Twitter and Subscribe to me on YouTube. This will be a video once I get done editing the footage.

Thank you all for reading, and I hope you are staying cool. Remember Today's Adventure is Tomorrow's Story.

Want some exciting news in the hybrid and EV world? Look at this.

CJ wrote on August 31, 2021 - 3:04pm Permalink
Hey Peter how reliable is the Prius AC Self Diagnostic? AAA mechanic tried to say I had DTC 23 or 26 for bad pressure switch but it never showed up on my AC Self-Diagnostic Before or After but there is a persistant 76 (B1476) with intermittant cooling (After Market Compressor - I know Mistake). I saw a youtube on how to do a pin test on the pressure switch. AC works good when parked and Interstate mostly but will flake out on high Ambient temp like over 90 F in stop and go traffic. If I stop at stop light I can get it going again most times by restarting the car quickly. No leaks found in 3 evac and recharges in past 3 years Debating changing Compressor and condensor assembly in this high mileage 04 Prius with many thousand idle hours (Prius Camper) Would really appreciate your insights.