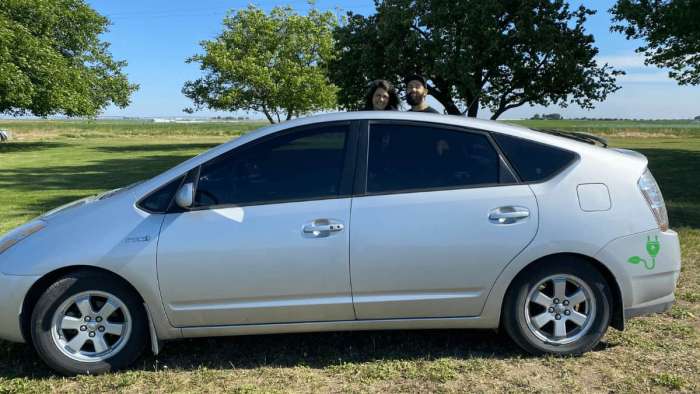 Fixing It Forward: Family In Need Gets A Toyota Prius

Sometimes in life, we need help, and for this family that is certainly true. Here is how a Toyota Prius is changing the outlook on life for one family in need.
Advertisement

Sometimes people get into challenging situations that seem impossible to break free from. When I heard what they have been going through I, felt the need to help.

After seeing what Eric the Car Guy has been doing with the Fixing it forward movement, I thought it was appropriate to try and help this family. Here is their story.

The Family In Need
Dave and Chelsea are just two parents trying hard to make it in this world. Dave is a great guy; he is very skilled and can build almost anything you can dream up. He is a metal fabricator and welder by trade.

Chelsea has a sorrowful story and asked that I not share it. Dave has also been through the wringer as well with hard times. When the two met, they have been doing everything they can to work together and raise the kids.

Dave has to drive an hour each way to work, which is not bad unless your vehicle gets 10 miles per gallon. When all your money is going into taking care of your family, it can be hard to budget in a better economy car.

Chelsea stays at home with the kids primarily because daycare, where they live, is outrageous, and she would be working to pay for that.

The situation was not great, and there are other much more sad things that I was asked not to include from how these two loving people ended up in this situation.

The Plan To Help
When I caught wind of how bad things were for these two, I felt I needed to help somehow. I feel incredibly blessed to have the skillset and abilities required to help people with their vehicles. I set out to make a difference.

I could not travel to where they were, but I worked locally to find a car that would help get them back on their feet again. The vehicle I chose is a Toyota Prius. 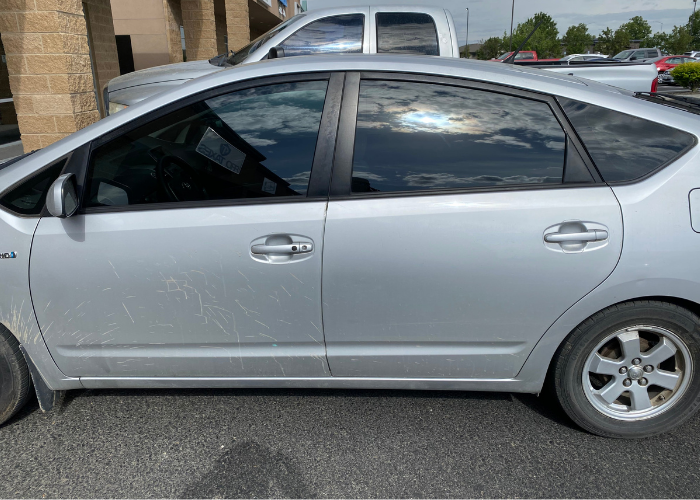 I searched and found a 2006 Silver Generation 2 Prius with a bad battery. I brought it home and went about starting to get it repaired. I only had 2 weeks to get it all ready to go because the new owners were coming into town to pick it up.

The car needed more than a hybrid battery though, it needed a windshield, a good cleaning, and some essential maintenance. Getting it running first was a priority, though.

What The Prius Needed
I ran the Dr. Prius Test on the battery first to see what it needed. Modules on the inner part of the pack were toast and needed replacing. Not a problem; I had a few sound modules from another pack and the Prolong reconditioning equipment to make fixing this battery easy. That was until I pulled the pack apart. 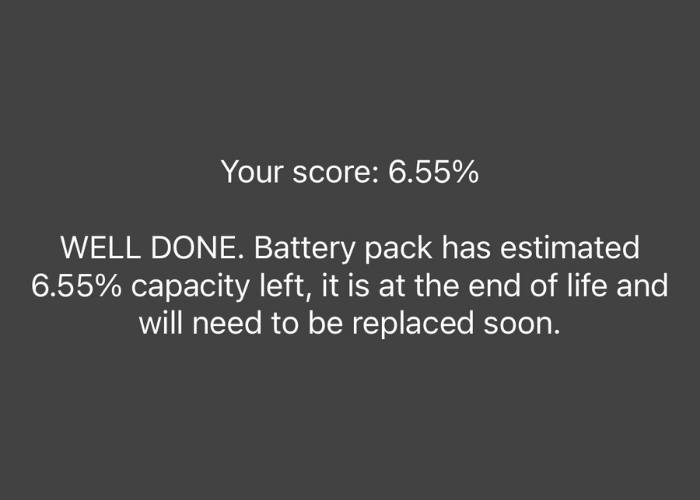 The battery pack had been opened before, and someone had smashed swollen junky modules together in it. Long story short, this pack was toast, and I did not have the budget to fix it. 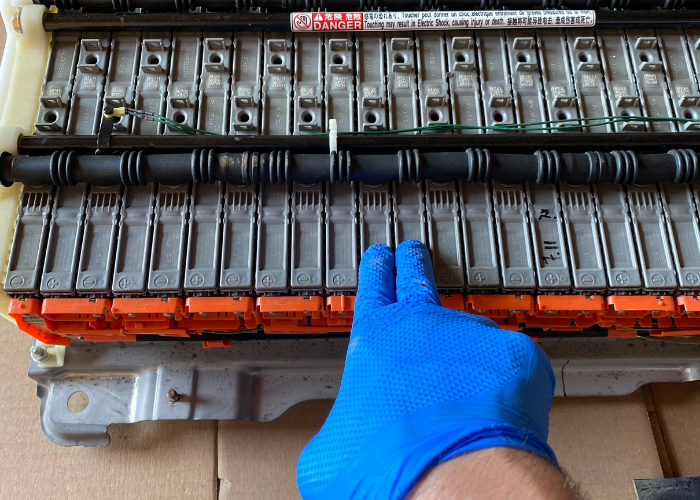 Finding a known good used pack was hard; I needed a better solution. That is when I called Bumblebee Batteries in Gresham, Oregon. After hearing about what I was doing, I explained the situation to them and graciously donated a working hybrid battery to the cause. Eli and Haley, thank you for helping this family.

Once I put the pack in the car, it fired right up and ran perfectly. I was able to get the windshield replaced, all the maintenance done, and had just enough left over to get some privacy tint installed on the windows.

They have little kids, and riding around in a fishbowl was not something I felt they should have to endure.

The Family Arrival
Part of me giving away something like the Prius to these two people is that they make a commitment to come and get it. I have learned that when people can commit and use their own resources to accomplish fulfilling a task, they will ultimately try harder.

My requirement was for them to come and pick the vehicle up. They arranged the date and time and saved enough to get plane tickets.

When I picked them up (in the car, of course), they were ecstatic and thrilled to get into a car that needed nothing and has A/C (where they live gets very hot in the summer months).

We visited, and I took them around the area where I live. We talked about the Prius and everything they would need to know about it. I taught them how to use the Smart Key, read the energy monitor, and everything in between.

We spent the day together, and the following morning I met up with them. They were headed back home and had few stops along the way they planned out. We said goodbye, and they drove away.

Conclusion
Dave responded to me about a week later and told me how grateful they are to have a good working car. He said that I may never know how much this helped them out. I just care that I could help them out.

Dave also told me that he never wanted a hybrid, especially a Prius (the Prius stigma). He said he quickly got over that after seeing how great these cars are. He reported that they got 50 miles per gallon on their journey home, which is a massive boost from driving something that only got 10.

This Fixing It Forward, I think, went well, and I am grateful I was able to help. I want to thank Bumblebee Batteries again for the graciousness of the hybrid battery donation. They are wonderful people and if you need a hybrid battery, make them your first call and last stop.

I also want to thank my readers for the support you give me. Without readers, I could not have afforded to do this project. I am very humbled by this experience.

I, of course, want to thank Toyota for making Prius. They are great cars, and even though this one had just over 216,000 miles on it, I still felt that it has much more to offer.

This was my first help, but I would like to try and do more for people. If you know of a family in need, please reach out to me and see where we can help.

Thank you again for reading. Remember, Today's Adventure is Tomorrow's Story. I look forward to seeing you here again.

Is the Toyota Avalon worth the added cost? I certainly think so.

Toyota vs Tesla: Which Stock To Buy These Days
For Some Former Daimler Managers Daimler Is Authority, While Tesla Is Like a Startup
END_OF_DOCUMENT_TOKEN_TO_BE_REPLACED