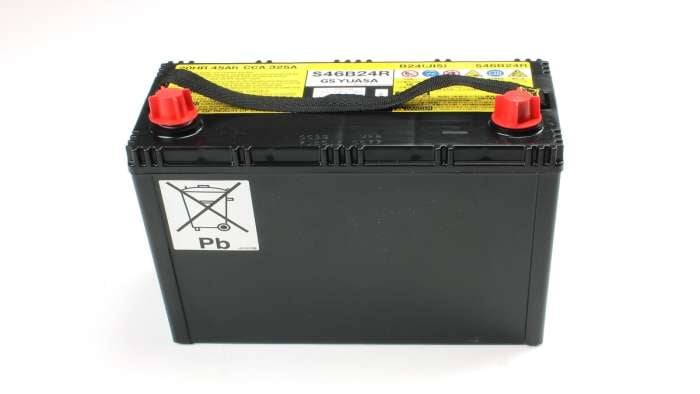 It will more than likely take you by surprise, but the day will come. You will get in your Toyota Prius and it will not be ready to go. The 12v will be dead, and you will be left thinking about what to do next. Lucky for you, I have the answer.
Advertisement

I take great pride in learning more about the spaceship we call Toyota Prius. I especially love writing about how to keep them maintained properly, and what to do when parts need replacing.

A common issue that many Prius owners face all the time is that blasted 12v battery. It always seems that the 12v is going dead, or causing issues with our cars. I want to take a look into why this is and what you best replacement option is when it comes to taking care of the problem.

I have been at Weber State University this week studying with Professor John Kelly who has become a YouTube sensation for his work on hybrid and electric vehicles. I was able to chat with him at length about problems with the 12v system and why people are having issues with them. His responses were astounding.

Absorbed Glass Mat or AGM batteries are in all years of Toyota Prius. The only exception to this is Prius Prime. The reason they are used in our cars over lead acid batteries is because they do not spill. In the even of an accident the battery acid could leak in a regular battery and cause issues with getting acid all over next to the high voltage in your trunk. AGM is also a battery that can take abuse and keep on working, it is also better in extreme climates as well. The downside is one of these can easily run you between $150 to $235 depending where you get it from.

Lead Acid on the other hand is cheaper and still gets the job done, however due to the differences in the makeup of the batteries the charging system on the Prius is designed to charge an AGM battery, not a Lead Acid. This means that even though a Lead Acid may work, your car will not charge it properly and it will fail sooner than you want it too. So while it may seem the LA battery is the cheaper option, you may end up spending more over time vs getting the right battery for the right job.

According to Prof. Kelly, if you want the vehicle to function as designed, use what battery is required for the car.

While talking to John, I relayed to him that at my school we have a 2004 Prius with a 12v battery that keeps going dead. I told him we spent quite a bit of money on our yellow top optima. He chuckled and proceeded to tell me that not all AGM batteries are created equal.

The Toyota Prius battery from the dealer can easily run you upwards of $235 dollars. For a battery that hardly does more than power up some computers and allow the high voltage system to come on, this can seem like a lot. In fact, that it just about all it does, really. It does not get used all that much. This is one reason that these batteries fail. They just are not maintained as well as they probably should be.

There is also another side to this story, and it is one I have been dying to tell everyone. The aftermarket batteries we are buying at autozone, walmart or wherever are not being built to the same standards as the Toyota OE ones. This means that the internal resistance of each battery, even though it is for Prius, will not yield the same results as the one you get from the dealer.

Three batteries that I looked at were from Autozone, O'reilly and NAPA. Each one has a 3 year warranty and all cost between $199 and $237 dollars. The Toyota Truestart battery runs between $176 dollars and $237 which is basically the same as aftermarket. It also carries a similar warranty as well. I am sure you can see where I am going with this.

It may seem silly to spend that kind of money on a 12v battery and especially one from your local Toyota dealer. However, if you are a Prius enthusiast like myself, you should be able to see that the right battery for your car is the Toyota Truestart AGM battery. It is designed to charge and discharge at the optimal rate that your Prius monitors with the DC-DC converter.

Just like choosing the right brake pads for your Prius will save you in the long run, the right battery will give you the right results.