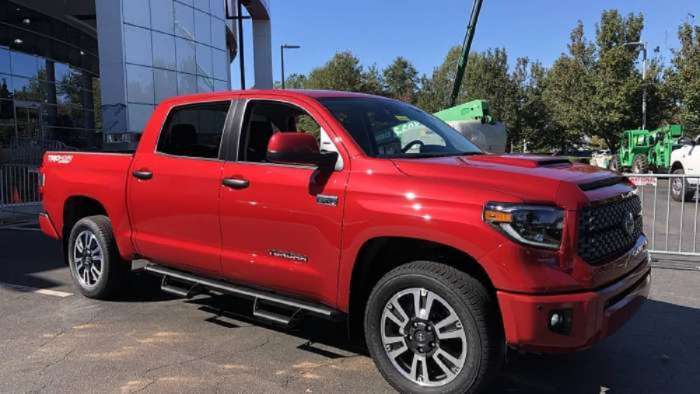 Soon Tundra fans will have a hybrid option. See what they think it takes to make a solid Tundra Hybrid.
Advertisement

If I was a contestant on the game show “$100,000 Pyramid” I might answer, “Words used to describe a Toyota Tundra.”

And I would be right.

Toyota Tundra has definitely earned the reputation as a truck people can count on. It rarely breaks down, it does the work it is asked to do, and looks good as well.

But, like most good things, the Tundra is in need of change. There is nothing wrong with the current generation, but it has not been actually redesigned since 2007. Sure, it has had a few refresh years, but fans and enthusiasts are ready for the next great Tundra to roll off the assembly line.

Currently Toyota Tundra is powered by the combination of a 5.7-liter V8 engine and a 6-speed electronically controlled automatic transmission. This produces 381 horsepower and 401 lb.-ft. torque. 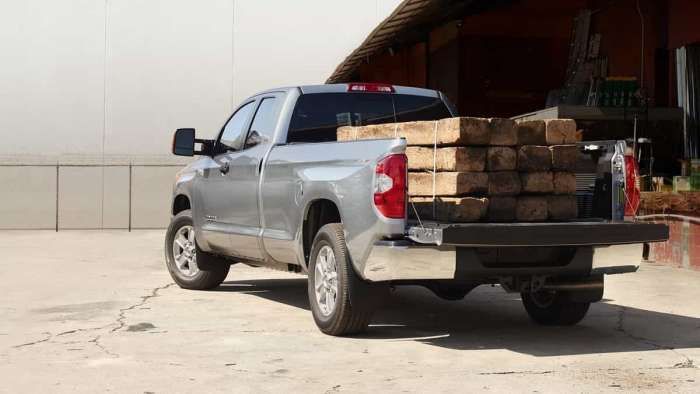 Many insiders feel the V8 engine will be replaced with a V6 twin turbo engine. Also, there have been enough rumors swirling around automotive water coolers to know there will be a hybrid option available as well.

A hybrid would certainly increase the gas mileage in a next-gen Tundra. It will more than likely result in higher lower end torque as well.

This idea of combining a gasoline engine with electric motors scares some, while others are excited to see the potential advantages this can bring.

I have written previous stories on a potential Tundra hybrid alternative. To me what was even more interesting was the reaction from Tundra owners and fans.

Tracy has some specifics in mind. “Hauling capacity in the 3,000-pound range as I'm much more likely to haul a yard of dirt than pull more than 7k pounds. Makes no sense to me that their trucks can pull 5-6 tons but cannot haul 2k pounds. Mpg close to 30 as many of us use our vehicles for commuting and want 6.5-foot bed with crew max, as 5.5 is borderline useless.”

Doug is on board for a hybrid. “I agree that increased payload is critical. I will not sell my tundra until a hybrid comes available.” 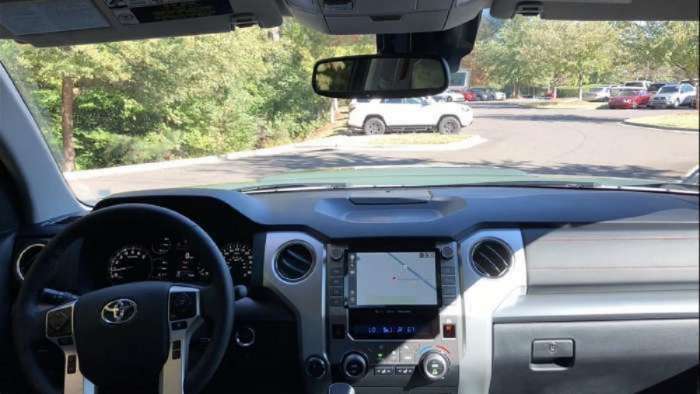 “I just want to see what the thing will look like. I've been waiting on the next gen for a year now and am willing to wait another year IF she's good looking. Had a 2014 Crew Cab 5.7 and traded it in and REGRET it! But before I go back to current GEN I want to see what's coming. So come on, someone leak that prototype that was shown to select dealers, I need to know if the wait will be worth it.” Commented Will.

Dean M had some detailed thoughts. “Toyota has a really solid plan to introduce the world to EVs by offering hybrid versions of most models moving forward. They are also taking a smarter approach in making the hybrid option as much about power gains as economy gains. They need to steer potential buyer's minds away from a Tundra with a Prius drivetrain, and more towards "quicker-than-gas" EVs like Tesla builds.”

Dean went on in more detail. “When announcing the 2021 Rav4 plug-in hybrid Toyota first said that it would be the most powerful RAV4 built so far. The better fuel economy is already implied by being a hybrid model. And if they simply offered that powerful hybrid drivetrain in the Tundra it would likely be a sales success, especially seeing how little the hybrid option costs on other Toyota hybrid models today.”

I could not agree with you more Dean.

“The Hybrid system for Toyota has been out since 1999 and sold in the states starting in 2001. The tech is there we just need it put in a truck.” Toyman chimed in.

How about a 4Runner Hybrid

KC wants hybrid use expanded. “We need a hybrid Tundra, hybrid Sequoia, and especially a hybrid 4Runner. Those who are against it are living in the past. We can still have gas-only as an option. But the reality is that to get the power we want with the fuel efficiency we need hybrids are the future.”

David had this to say. “Move to a higher number of gears would help and electrification would be ok. Mentioned in another forum to use the Land Cruiser motor/transmission gain HP and mileage. Hoping that is what Toyota has planned. The mild Hybrid would not hurt (More torque and some better mpg's).”

Charles wrote. “I think most truck buyers are scared of change. If the tundra becomes a v6 turbo with hybrid technology and gets 30 mpg, tows 13,000 lbs. plus has Toyota reliability it will be a smashing hit, a game changer.”

“One friend of mine who already owns a Tundra is waiting for the new model. However, he stated he would not purchase a hybrid because he doesn’t want it to break down when in the mountains when hunting. The Toyota hybrid technology is fantastic. I’ve never heard of their system simply failing. I heard Toyota now believes their batteries will last approximately 30 years, more recently they have increased their warranty on hybrid system to 10 years, at least with trucks sold in Canada.” Commented Dean.

This part about the new hybrid battery warranty is true.

Time for your thoughts on Next-Gen Toyota Tundra

Have you been waiting for the next big thing in a Toyota Tundra? If so, would you consider a Tundra Hybrid version? If so, what appeals to you about the idea?

PREVIOUS STORY: Toyota TRD Pro color: what do you think about Lunar Rock?

If you would never think about getting a hybrid truck, what reasons do you have for this? This might be a great topic for a future story.

Also, what do you hope the next-gen Tundra has as far as safety, technology, convenience, powertrain and styling?

Thanks for reading everyone. See you next story when I compare Lunar Rock and Cement for TRD Pro colors.

george wrote on July 1, 2020 - 4:06pm Permalink
1. V-6 twin turbo Diesel 2. Keep the full electric rear window. 3. All LED lighting. 4 Side mirrors positioned like the F-150. Below line of sight while driving. 5. More sound suppression in cab. 6. Six foot or more bed on crew cab. Fix the hood so wipers are out of sight and NO REFLECTED GLARE from hood.
Keith Foster wrote on July 20, 2020 - 9:49am Permalink
While I loved my 2008 Double Cab 5.7L Limited, the transmission was giving problems unexpectedly and wheel bearings, axle seals and water pump needed replacement at 255,000 kms. Engine was bulletproof and dealer maintained except for brakes. I traded it on a new RAM 1500 Hemi because the current version hadn't changed enough from the original which I thought was an awesome truck nonetheless. The RAM just had an awesome ride and the interior in class leading. New interior needs these main improvements IMO... reduced wind noise, more adjustment on the intermittent wipers and switches need back lighting for easier nighttime operation.
Rick Devine wrote on August 12, 2020 - 9:31pm Permalink
I hope Toyota hybridize the Tundra and Tacoma ASAP. I own a 2001 Tundra. It's time for a new one. I've owned a Prius and currently drive an Avalon hybrid and am extremely satisfied. A hybrid pickup would be great.
Bruce Nikolai wrote on October 6, 2020 - 10:45am Permalink
I own a 2001 Tacoma with 343k miles and am waiting on a hybrid Tundra. If Toyota doesn’t deliver I may go with an F150.
Patrick wrote on November 9, 2020 - 2:15pm Permalink
I am loyal to Toyota but if these next trucks don't blow me out of the water in terms of improved MPG, Ford it is.
john Williamson wrote on November 26, 2020 - 9:54pm Permalink
I'm in the market for a 1/2 ton tow vehicle and have the new Ford F150 hybrid and the Toyota Tundra hybrid in my sights. The Ford's aluminum body and built in inverter system sound pretty awesome but I think they missed the biggest game changer by using a small battery pack - The pick up truck segment would really benefit by using electrics in the gas-guzzling/high torque towing 0-25 mile an hour segment. If the tundra delivers 30 mpg (and I fully expect not to need more that 7-8,000 of towing) that will be my choice. Otherwise at 25 mpg, I suspect the Ford's other qualities will win me over...
Don Kirkham wrote on December 25, 2020 - 8:46pm Permalink
I had a 2018 F150 was supposed to tow 7,500# Twin turbo V6 10 spd . I bought a travel at weighed less than 4,000# empty. It was all over the road, I farmed ,now retired had many pickups Towed loads up to 16,800 lbs. I think the truck flexes to much especially in a wind. Then I got home needed 1800# of concrete picked it up headed home, the pickup was the same total reaction, all over the road. Traded it for a 2020 Tundra, no problems. I think it’s several things to lite rear Springs and Only 3 leafs. To lite steel frame, and the aluminum body can’t help stiffen it up flexes like the rest. The F150 was great to drive until you tow a small load or haul a load.
Ian McDermid wrote on February 26, 2021 - 7:08pm Permalink
I own a 2007 Tundra with 170,000 miles on it. Reliability has been exceptional. It rides and drives like new. Great motor and transmission. I tow a 8000 lb Holiday trailer with know issues. I averaged 12.6 miles per Cnd gallon towing to Alaska and back. Around town 17 mph. I would buy a plug in Hybrid Tundra. That would solve the only issue being poor around town gas consumption.
Rick weiss wrote on March 19, 2021 - 4:06pm Permalink
Not sure why the term “plug in” is being used. Why would it need to be plugged in. We don’t plug in my wife’s RAV4. No go on the plug in, that would stop me. PS, I’ve owned 7 Tundras since 2006 I think, so I’m dedicated. Plug in is a deal killer.

Tesla-Funded Research Reveals One of The Biggest Mysteries of EV Battery
Tesla Tesla Buyer Nets a Whopping $12,000 Discount After Asking for Reduction
END_OF_DOCUMENT_TOKEN_TO_BE_REPLACED