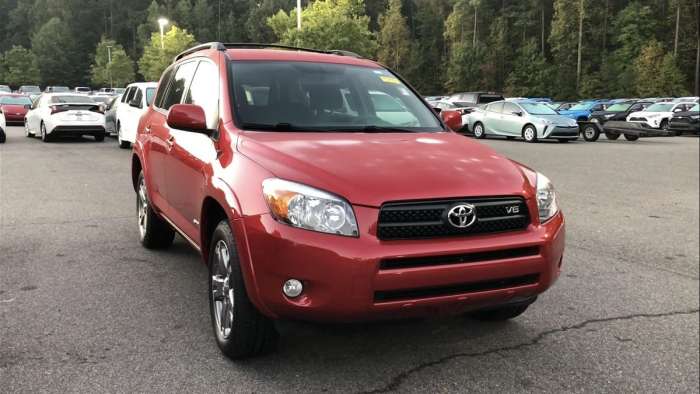 Why Toyota Should Bring Back the RAV4 V6 Engine

Toyota has rolled solely with a 4-cylinder option on its RAV4 models, including the 2019 RAV4, for many years. We look at why bringing back a V6 engine to the RAV4 family is a good idea.
Advertisement

The country’s best-selling vehicle in both sedan and SUV classes may surprise you. It also may not surprise you. The 2019 RAV4 has been outselling virtually every other brand, class and model for well over a year now.

Everything is headed upward, including in popularity and sales, for the wildly successful 2019 RAV4. However, one of the features from days and RAV4 generations past that is missed by many is the V6 engine. Maybe it is time to bring it back.

Why bring back the RAV4 V6?

During Toyota RAV4’s third generation run from 2005-2012, one of the options buyers could choose was a 3.5-liter V6 engine that produced 269 horsepower. Remember that “V6” chrome emblem displayed proudly along the front grille? Also, remember that spare tire on the back? The good old days.

Although it did not get the best gas mileage, the V6 RAV4 was one of the quickest vehicles in Toyota’s fleet. Drivers loved the RAV4 V6 for it’s zippiness and power. It was fun to drive. 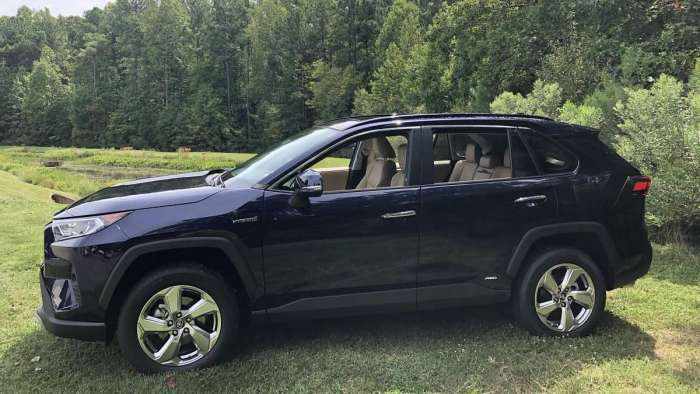 However, Toyota discontinued this V6 engine option with the introduction of the fourth generation RAV4, beginning with the 2013 model year. It was not a complete surprise, as I would guess that sales for V6 might have totaled only 10% of overall RAV4 sales. Some were disappointed but RAV4 sales only continued to rise, even with the V6 loss.

Now here we stand, in 2019. Sales for 2019 Toyota RAV4 have never been better. One reason is the incredible RAV4 Hybrid lineup, complete with excellent 40 mpg, great 219 horsepower and a good value.

I do think it makes sense to bring back a V6 engine alternative at some point, due to improved driving performance and overall fun factor. But with the overwhelming popularity of gas-saving options like the 2019 RAV4 Hybrid, where does this leave the possibility of a V6 engine return? Plus, if it ever did come back, how would it be utilized in the RAV4?

Options for a RAV4 V6 model

I am imagining a few different scenarios for a brand new V6 option. First, Toyota RAV4 could re-introduce its 3.5-liter V6 engine and offer it as an alternative option compared to its 4-cylinder on a few different trim levels. Perhaps XLE Premium level and above would be a good strategy.

Another choice would be to combine a RAV4 V6 engine with electric motors and launch a higher-powered Hybrid alternative. This would be similar to Toyota's Highlander Hybrid. Currently the 2019 RAV4 Hybrid uses a 2.5-liter 4-cylinder engine/electric motor combination to produce 219 horsepower, which is quicker and speedier than its gasoline equivalent (203 horsepower).

See why 2019 Toyota RAV4 is so popular these days in my video review. Click here to subscribe to Torque News YouTube channel for the latest Toyota news and automotive analysis.

With Toyota committed to manufacturing and delivering up to 50% of its entire lineup with Hybrid and alternative fuel vehicles within the next decade, the addition of a V6 may just not ever happen. Could be a pipe dream. And would V6 sales be strong this time around or remain low as in 2012?

What do you think about a V6 RAV4?

Would you consider a Toyota RAV4 with a V6 engine? How much horsepower would you like to see in a RAV4? Is it necessary? Do you think you would prefer a RAV4 Hybrid or a RAV4 gasoline model?

Thanks for reading everyone and thanks for your thoughts and comments. See you next story when I show you the New 2020 Tacoma SX Package.