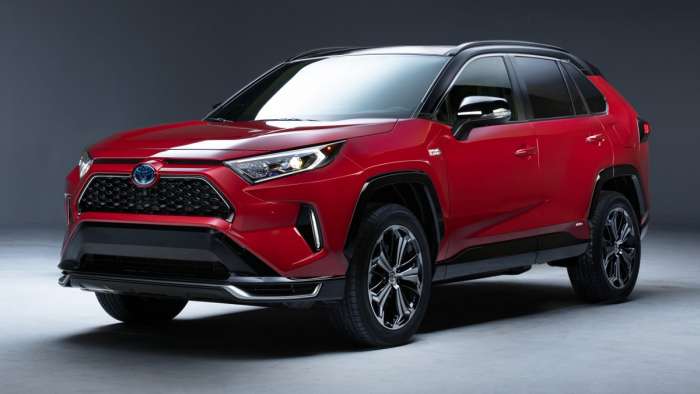 Why the 2021 Toyota RAV4 Plug-in Hybrid Could Break Records

An all-new 2021 RAV4 plug-in hybrid is on the way, and it promises to be the most powerful RAV4 ever. See how this could quickly become the most popular RAV4 to-date.
Advertisement

Toyota RAV4 was completely redesigned for the 2019 model year. It seems like just months ago this was first introduced. Dealerships are also now beginning to see their first 2020 RAV4 SUVs at their facilities. In the back of our minds, though, we know an all-new plug-in version is coming sooner than we think.

This new Toyota RAV4 promises to be like no other. According to a recent press release from Toyota, “the new RAV4 plug-in hybrid will be celebrated by its spirited acceleration, nimble handling, and impeccable style.”

What does this mysterious teaser statement mean, though?

Most powerful RAV4 ever. Spirited acceleration. These are phrases that spark curiosity and excitement within the Toyota enthusiast community.

According to feedback from followers of my “toyotajeff” Toyota YouTube channel and my Torque News stories, people cannot wait to learn more. 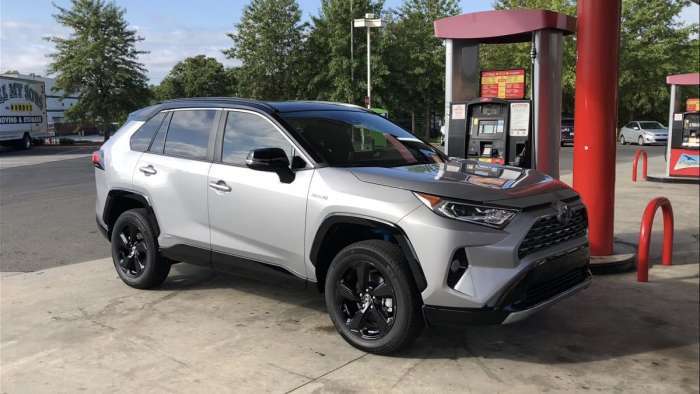 “Toyota might have the winning formula here. If it has the power and the range (and if I can afford it), I’m already sold.” Stated Kyle.

Others were more skeptical, like viewer Tim. “Forget the hybrid. Bring back the RAV4 V6 Toyota!”

“Nothing was faster than my V6 RAV.” Stated viewer Kenny.

Interesting comments guys, which brings me to my next thought.

There are many owners and fans of the Toyota RAV4 who remember driving the RAV4 V6 when it was still available. At the time this was the vehicle with the fastest 0-60 time in the entire Toyota lineup.

Buyers in 2012, for example, could choose a RAV4 with either a 4-cylinder or a 3.5-liter V6 engine that produced 269 horsepower. Many people want this level of power returned to the RAV4 they knew and loved.

What if, however, this new 2021 RAV4 plug-in hybrid can exceed this power found in one of the fastest Toyotas of all time?

Most powerful RAV4. Ever.

Remember, one of the benefits of a hybrid is it will often produce more power and more low-end torque than its gasoline-equivalent.

Learn about the changes and updates to 2020 RAV4 Hybrid in my video review.

Look at the 2019 and 2020 RAV4 Hybrid, for example. The gasoline RAV4 delivers 203 horsepower, but the hybrid version gives drivers 219hp. Plus, it gets an amazing mpg and is a very good value.

With the proclamation that the 2021 RAV4 plug-in hybrid will be the most powerful version yet, we can assume it will produce more than 269 horsepower that was seen in the V6. How high will it go? Could it approach or even eclipse 300hp? We can only speculate for now.

November 20th is a big date for RAV4 plug-in hybrid

Although we have had a teaser first look at this new plug-in hybrid, it will be officially unveiled on November 20, 2019 at the Los Angeles Auto Show. That is only 13 days from today.

I will be looking and hoping to learn that this newest alternative fuel entry will deliver incredible acceleration and power not ever seen from a Toyota RAV4. I expect it will have an electric range that will surprise us. Plus, I hope it is affordable.

If these things occur, based on early consumer opinion, this 2021 RAV4 plug-in hybrid will be a winner in both public opinion and in sales.

Time for your thoughts on Toyota RAV4

The 2019 RAV4 is already America’s best-selling SUV, thanks in part to the incredibly popular RAV4 Hybrids.

We have learned Toyota is ramping up research and development on alternative fuel vehicles, including the beautiful 2021 Mirai. Where will the 2021 RAV4 plug-in hybrid fit into this mix?

What do you think about the RAV4? Do you own either gasoline or hybrid version now? Also, do you think you would consider a plug-in, and what criteria does it need for you to buy one?

Thanks for reading everyone. See you the next story where I am discussing 3 reasons why the 2020 Toyota Tacoma is superior to Ford Ranger.

Watch this step by step guide of how to clean and restore your yellow headlights and click to subscribe to Torque News Youtube channel for daily thought-provoking automotive news analysis.