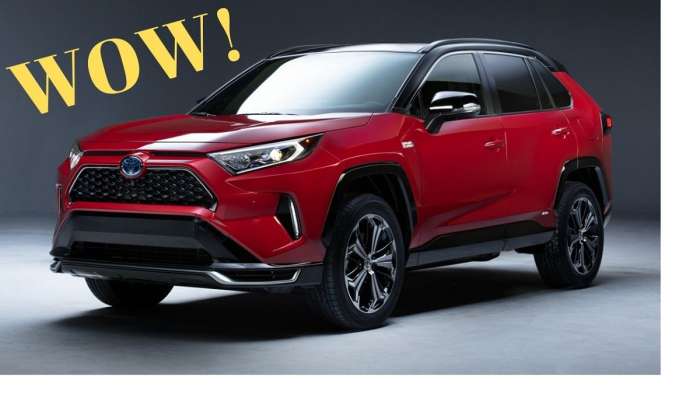 The nation’s best-selling SUV just made a bold statement with its newest product announcement. See how people around the world are reacting.
Advertisement

I was excited and honored to be invited to the Toyota e-volution media drive event last week in Greensboro, NC. You see, Toyota has big plans for its entire vehicle lineup within the next several years. It was both promising and enlightening to hear about some of these lofty ambitions.

Already the market leader in hybrid and alternative fuel vehicles, Toyota looks to dramatically increase these sales numbers by the year 2025.

“In the next few years we’re trying to increase the number of vehicles that we have with an alternate, electrified power plant to 25% (of total vehicle sales). Right now it’s about 9%. And give every vehicle we offer an electrified power plant option.” stated Tom Kretschmann, Product Subject Matter Expert with the Toyota Product & Sales Engagement team.

This news was exciting enough on its own. Imagine my surprise when Toyota revealed its redesigned 2nd generation 2021 Mirai hydrogen fuel-cell vehicle. Sharp and bold looking and it will be a head-turner for sure when it is released late next year. But that was not the only news to be shared.

It was at this event that Toyota announced its intention to produce an all-new 2021 Toyota RAV4 plug-in hybrid. Wow.

Well, this is a little awkward, as we do not know much at the moment about the 2021 RAV4 plug-in hybrid. This was simply a teaser announcement for now. Much more information will be announced on November 20, 2019 at the Los Angeles Auto Show.

This new plug-in entry has been billed as “the most powerful RAV4 yet,” but what does that exactly mean. Clearly it will have more horsepower than the wildly-popular (and surprisingly powerful) 2019 RAV4 Hybrid, which produces 219 net hybrid horsepower. Will it have slightly more power, or could it approach horsepower numbers that reach the high 200’s or even 300hp. For the next month or so, we can only speculate. 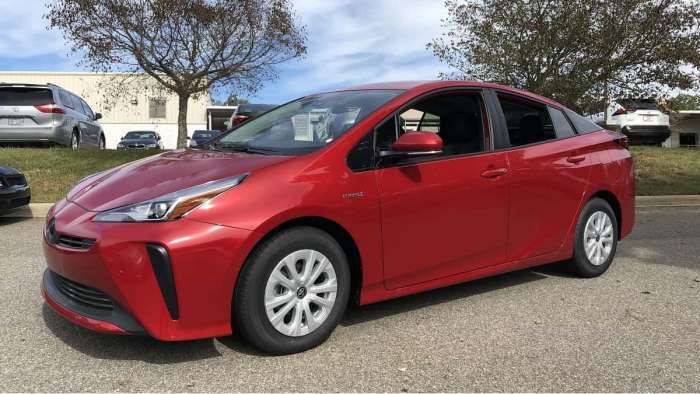 The specific teaser vehicle chosen was in Supersonic Red, a new color as of the 2019 Toyota model year. You can find this beautiful, sporty color now on models like the Prius and the Camry.

What people are saying about 2021 RAV4 Plug-in

After news broke of the upcoming plug-in option for Toyota RAV4, the social media world was abuzz talking about it. There was clearly quite a bit of excitement in the air.

My “ToyotaJeff” YouTube channel subscriber Justin was thrilled. “These are going to be the most popular cars in 2021!!!!!!!!”

Inshan had compliments across the board for RAV4 and for Toyota. “My wife may have to trade in her RAV4 for this one. It’s awesome. Speaking generally, it’s exhilarating to see Toyota stepping up on performance and attractive designs across all their models. No longer can anyone say Toyotas are simply appliance-like. We are a Toyota family and trade in both vehicles every 2 years. We couldn’t be happier.”

In related hybrid news: Watch my review to see what makes 2020 Corolla Hybrid so special. Click to subscribe to Torque News YouTube channel for the latest Toyota news and automotive analysis.

”Hardly a day goes by when you don’t introduce an exciting new product. I can’t help but feel a certain twinge of sympathy for the competition. Toyota #1!” I think reader Lasse summed things up rather nicely.

And of course some people, like Ricardo for example, are already looking further into the Toyota pipeline. “I hope they eventually make a RAV4 TRD Hybrid. Now that would be exciting.”

It is a great time to be a fan of Toyota and hybrids and alternative fuel vehicles. So much is planned for the near future that it may be challenging just to keep up with information and new vehicle releases.

What do you think of the idea of a RAV4 plug-in hybrid? Do you own a hybrid now and how do you like it so far? What other types of alternative fuel vehicles would you consider driving? What Toyota model have you been most excited for lately?

Thanks for reading everyone. See you next story when I give tips on Buying a 2020 Tacoma vs 2019 Tacoma.

You may also enjoy comparing all 2019 RAV4 Hybrid trim levels in my video review.

Tsingshan's Threat to Tesla: EV Maker Is In Battery Crosshairs
Tesla-Funded Research Reveals One of The Biggest Mysteries of EV Battery
END_OF_DOCUMENT_TOKEN_TO_BE_REPLACED