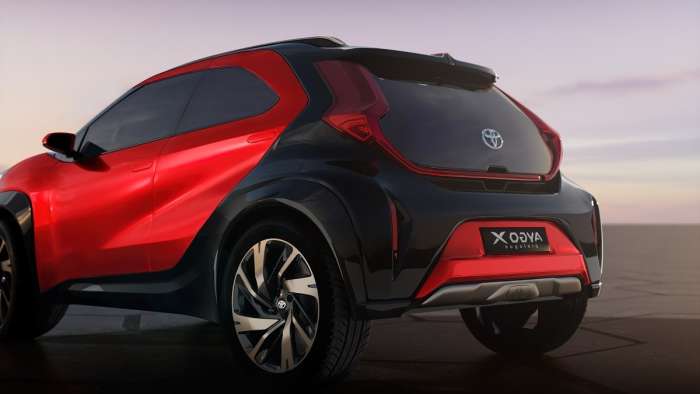 THIS is a Toyota? Could Latest Model Make its Way to United States Next?

Funky fresh new Toyota X Prologue makes a case for great mpg, versatility and fun. Learn what the hype is all about.
Advertisement

Toyota unveiled its latest generation Aygo X Prologue this week. To say this car is quirky and hot and sexy would not be underselling it.

The Aygo is currently sold in Europe as a hatchback “city car.” While it is ideal for the smaller vehicle lifestyle overseas, several key features make me wonder if it could work in America too. 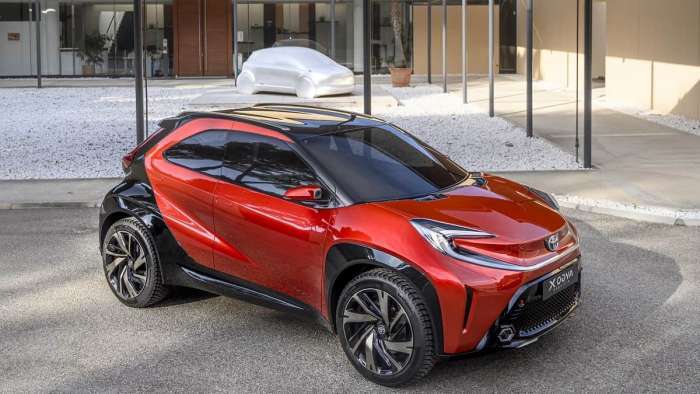 Aygo is sold either as a 3-passenger or 5-passenger hatchback. This is a lighter vehicle with a smaller engine than we are typically used to.

Coming in at about 2,200 pounds, current Toyota Aygo utilizes a 1.0-liter 3-cylinder engine that produces 72 horsepower and 69 lb.-ft. torque. Drivers can choose from automatic or manual transmission.

Toyota Aygo is capable of reaching about 99 miles per hour.

Here is the kicker, though. Owners can achieve around 61 miles per gallon. In a time where people are watching gas prices closely, perhaps something along the lines of the new Toyota Aygo would be welcomed. 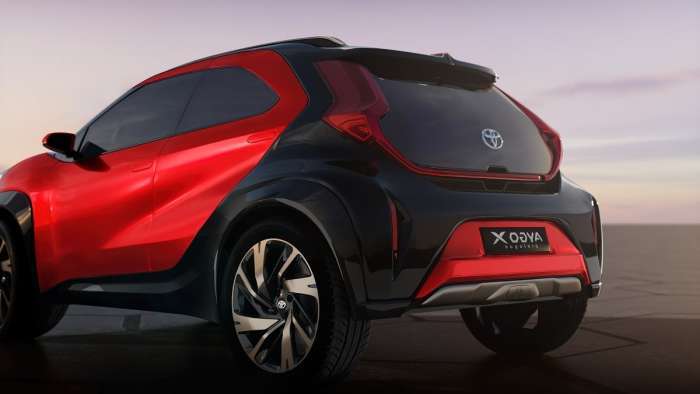 The new concept car unveiled by Toyota sparks of freshness, mischievousness and fun. I wonder if this would appeal to a similar market as C-HR or Yaris.

I love the sleek and sporty profile and overall styling. It reminds me of watching Speed Buggy cartoons as a kid. This vehicle may appeal to a younger, edgier, gasoline-conscious audience.

Make it a Toyota hybrid and imagine how much that all-important mpg rating would climb. Perhaps as high as RAV4 Prime at 94MPGe? I feel that on its own, a model like Aygo X Prologue might struggle in this country. Mostly because potential owners generally seek out larger vehicles. But, with a little tweaking it could work.

A vehicle launch like this would fall in line with current Toyota initiative to produce more hybrid and alternative fuel vehicles within the next several years. Toyota will be making more EV, BEV, PHEV, EV, hydrogen fuel-cell and traditional hybrids than ever before.

I speculated in previous Torque News stories that one of these new PHEV or BEV Toyota models could be a Tundra, a Lexus, or even something entirely new to us.

Time for your Toyota thoughts

How do you like this Toyota Aygo X Prologue? Do you find it appealing and would you consider a vehicle like this one?

Also, as fuel prices increase, are you thinking about a Toyota hybrid, or maybe a plug-in hybrid such as RAV4 Prime or Prius Prime?

Would you consider a hybrid or alternative fuel vehicle, and if not, what concerns about hybrids have you holding back?

Thanks for reading everyone. See you next story when I give 4 reasons to consider 2022 Tundra hybrid.

Walt R wrote on March 19, 2021 - 12:28pm Permalink
If Toyota can price and market this right, I can see it doing well in the value car segment, unlike the Yaris or PriusC. The This is like a sexy update to my 1989 Geo Metro 5-door LSI. Engine specs are comparable, 1.0-liter 3-cylinder. This is a bit heavier than the 1700 lb Metro, but more power and torque. The 5 door was technically a 5-seater, but not practically except for small people (e.g. kids). It was a popular vehicle for young families on a budget. With the 5-speed manual, the Metro was spritely off the line because of the power to weight ratio. It got it's reputation for being a slug from the 3-speed automatic. I rented a 2-door with auto once and it did think for awhile after you floored the accelerator. Until the first gen Prius, it was the only vehicle close to getting 50 MPG with a gas engine sold in the US. My prior vehicle was a Chevy Sprint ER and I bought the Metro because the wife insisted on 4-doors and I drove 30k miles a year as a field engineer. I made a net profit driving those cars including maintenance, insurance and depreciation. We had a number of Sprints and Metros in the family (much like we have Prii and other Toyota hybrids) and I found them incredibly reliable with proper maintenance. I spent a total of $300 for repairs over 187K miles. Would have been less, but I replaced the water pump when the timing belt was due and had a freak failure of the clutch diaphragm spring in single digit weather at 137k miles. Shop said it was the easiest clutch repair they had ever done because they only had to unbolt it from the engine. There was about 1/2 wear remaining on the clutch plate when that happened. I finally replaced the front disc pads at 140k. Never replaced the rear drum shoes. Got better gas mileage at 187k than new. In 2000, I finally replaced it with the 1st Gen Prius, which was replaced by a Gen 2 at 180k miles which was replaced with a Gen 3 at 183k miles. That was replaced early with a Prime because dealer incentives and tax credits made the Prime about the same as Corolla hatchback. Until the Prime, the 2004 Gen2 was my favorite model overall. Going from Gen 3 to the Prime is a step up that is almost comparable to the Gen1 from the Metro in terms of comfort and refinement. The center console design is as stupid as heck, but I rarely have a passenger.
Donnyess wrote on March 27, 2021 - 7:46pm Permalink
As an A-seg in Euro you'd have to ditch the back seat and go with a 3-door hatch. I think they should try a 670cc twin-cyl hybrid powertrain. I like the big wheels but I think they should try a 70-percent tire. The windshield angle will have to come up, and the window line probably should come down a bit. They could also make a GR AWD version at a much higher price point. They could blow up and stretch out the design to 5-doors for America using Corolla drivetrain and parts. Donnyess...03/27/2021...Huntsville, Alabama, USA
Lamar wrote on July 1, 2022 - 12:16pm Permalink
Hi there! I just wanted to ask if you ever have any trouble with hackers? My last blog (wordpress) was hacked and I ended up losing several weeks of hard work due to no back up. Do you have any solutions to prevent hackers? help refuges
barbi turner wrote on March 6, 2022 - 2:50pm Permalink
i am in a 2021 chr its nice but i would love to be in this little car. went from 2 fiats 2012 and 2015 convertables miss that open ride chr feels to closed in with no retractable roof glad i leased so i am hopin gin 2 yrs or less i can get in one
Jennifer O'Brien wrote on May 31, 2022 - 7:02am Permalink
PLEASE bring the Toyota Aygo to USA! There is a market for smaller, reliable, European looking cars here!!!!I love this car and want it!!!!

Tsingshan's Threat to Tesla: EV Maker Is In Battery Crosshairs
Tesla-Funded Research Reveals One of The Biggest Mysteries of EV Battery
END_OF_DOCUMENT_TOKEN_TO_BE_REPLACED